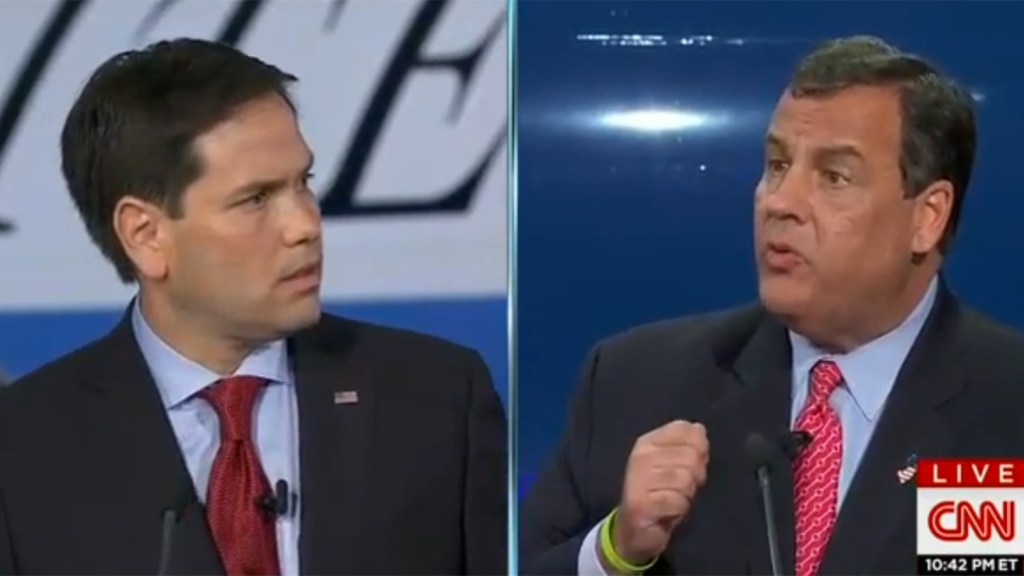 “Sen. Rubio,” Trapper said, “Ronald Reagan’s Secretary of State George Shultz reminds us that when Reagan was president, he faced a similar situation to the one that we’re facing now. There were dire warnings from the mass consensus of the scientific community about the ozone layer shrinking. … Secretary Shultz asks, ‘Why not take out an insurance policy and approach climate change the Reagan way?'”

Marco Rubio was having none of it. “We’re not going to destroy our economy the way the left-wing government that we are under now wants to,” said Rubio, who clearly has not gotten the memo that it’s actually climate change itself that will destroy the economy — along with beer, chocolate, coffee, bananas, sweaters, bread, rainforests, and Rubio’s home state.

The one thing Rubio did get correct was declaring that “America is not a planet,” which is actually true! Good work, Marco! Unfortunately, he then ruined the moment by blaming climate change on China, the drought on the Ice Bucket Challenge, and breaking into “America the Beautiful.”

Chris Christie then responded to a followup question by Tapper by bragging about pulling New Jersey out of a Northeast cap-and-trade deal, the Regional Greenhouse Gas Initiative. “We don’t need this massive government intervention to deal with the problem,” Christie said. “Everybody makes a mistake every once in a while, Jake — even George Shultz.”

In retort, Rubio started shouting “Greatest country on Earth!!,” while tossing flag pins into the crowd and trying to steal the keys to Air Force One.

Or at least that’s pretty close to how it played out. Watch the video: