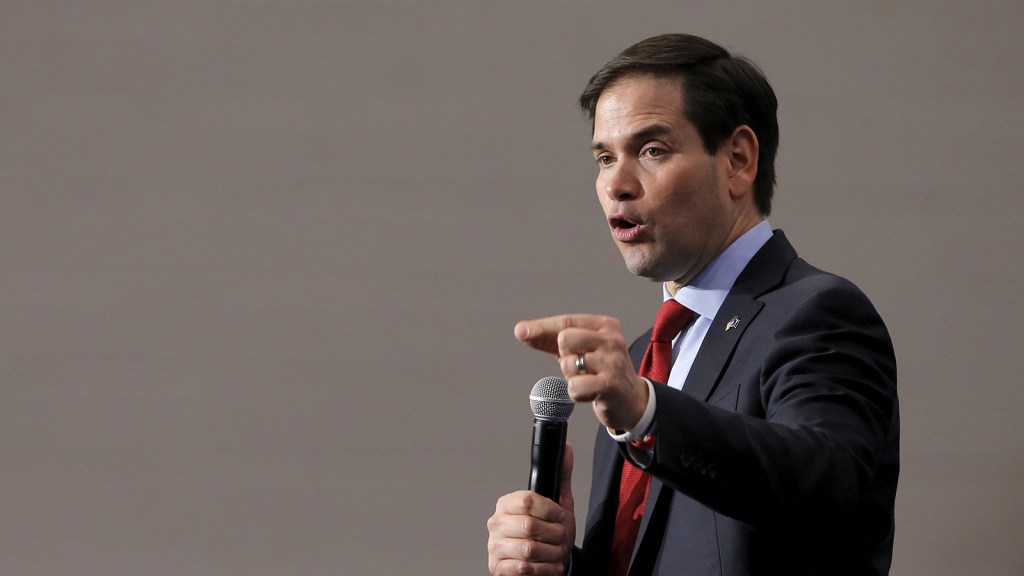 More than a few prominent Republicans will be noticeably absent from the party’s national convention this week, including Marco Rubio, who will be in Florida pursuing his Senate reelection bid instead. Campaigning in the same state he once lost to Donald Trump, Rubio is expected to concern himself with local problems again, including toxic algae.

In parts of Florida, enormous blooms have coated lagoons and rivers with thick, green-brown sludge. This sludge sucks oxygen from the water and releases toxins that kill wildlife and sicken residents. The water looks rancid and smells even worse, which is not a small issue in a state that brings in $67 billion a year from tourists.

The algae blooms are the result of decades of bad land management. For over a century, the state permitted business interests to drain Florida’s wetlands to make way for commercial and residential development. Now seasonal rains wash phosphorus- and nitrogen-laden waste into waterways, producing massive blooms that spring up in the hot summer months.

Rubio, however, would prefer to ignore one tiny complication: Climate change makes this all the worse by warming up waters, which create ideal conditions for algae to thrive and reproduce. Rubio once argued that no law would help climate change’s impacts, and he has also said that passing those laws would just “destroy our economy.”

But, hey, if doing something about climate change doesn’t destroy Florida’s economy, there’s always toxic algae to do the job.