Most Republicans who care about climate change are skipping the convention 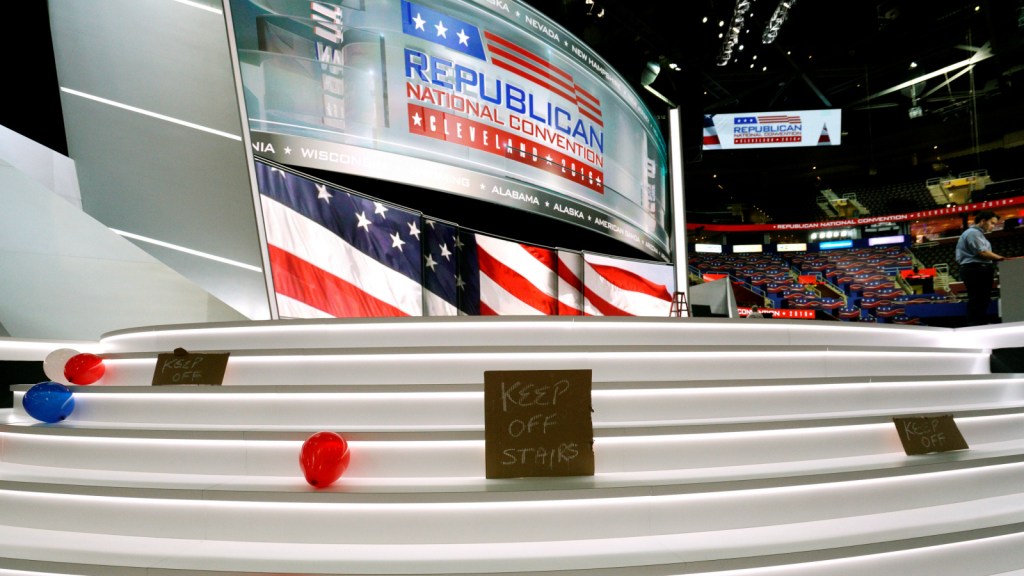 Most Republicans who care about climate change are skipping the convention

Most congressional Republicans with even a hint of moderation on climate change are distancing themselves from Donald Trump and won’t be present for his nomination in Cleveland this week.

Four of the five Republican senators with a record of supporting climate action are skipping this year’s Republican National Convention, which begins on Monday. They are Sens. Mark Kirk of Illinois, Kelly Ayotte of New Hampshire, Lindsey Graham of South Carolina, and John McCain of Arizona.

Kirk and Ayotte are two of only three Republican senators who voted to uphold the Clean Power Plan, the Environmental Protection Agency’s rule to limit carbon pollution from coal-fired power plants. They are also both in tough reelection races in moderate states this year. Graham and McCain have previously accepted climate science and supported cap-and-trade legislation, but they have turned away from climate action since President Obama took office.

The one outlier is Susan Collins of Maine: She has the strongest pro-environment record among Senate Republicans, and was the third GOP vote in support of the Clean Power Plan — and she is planning to attend the convention.

But Collins isn’t endorsing her party’s nominee. In June, she said, “I would like to be able to endorse Donald Trump, but he really has to change the approach that he has taken.” Kirk isn’t backing Trump either. He retracted his prior endorsement after Trump accused Judge Gonzalo Curiel of bias because of Curiel’s Mexican ancestry. Ayotte has endorsed Trump, but it appears to be hurting her back home.

House Republicans who accept climate science are anti-Trump too. Most of the 13 Republican cosponsors of a 2015 House resolution recognizing the existence of climate change and calling for climate action are not attending either.

Three of the four from New York state — Elise Stefanik, Richard Hanna, and Chris Gibson — are not going. Ryan Costello of Pennsylvania is skipping the convention and resigned his status as a delegate weeks ago. Fellow Pennsylvanian Patrick Meehan won’t be there either. All three of the Floridians who signed onto the resolution — Carlos Curbelo, Ileana Ros-Lehtinen, and David Jolly — won’t be in Cleveland. Curbelo and Ros-Lehtinen have said they won’t vote for Trump, while Jolly says he isn’t sure. Bob Dold of Illinois isn’t going to the convention nor is he backing Trump. Frank LoBiondo of New Jersey will be at home — but he stayed away in 2008 or 2012 too, so maybe he just likes going to the beach more than going to conventions.

Some statewide elected officials are also wary of Trump. Gov. Larry Hogan of Maryland, who signed a bill this spring setting a goal of a 40 percent greenhouse gas emissions cut by 2030, is not endorsing Trump or going to Cleveland.

Trump and his running mate Mike Pence are climate science deniers — both have called climate change a “myth” — and opponents of environmental protection. Trump says he would repeal the Clean Power Plan and eliminate the EPA entirely.

No politicians are avoiding the convention specifically because of the climate issue, but there is a clear correlation between climate moderation and opposition to Trump or reluctance to be associated with his coronation. The few Republicans who back climate action are on the more moderate side of the party’s domestic policy spectrum, and they worry about being identified with Trump’s bigotry or crude, resentment-fueled politics, particularly if they represent moderate states or districts.

Trump is bad for the GOP brand, just as is the party’s tendency toward climate science denial. Both come across as ignorant and backward to educated voters, minorities, and young people.

Correction: This article originally stated that Rep. Bob Dold of Illinois is “likely going” to the Republican National Convention. In fact, he is not attending.