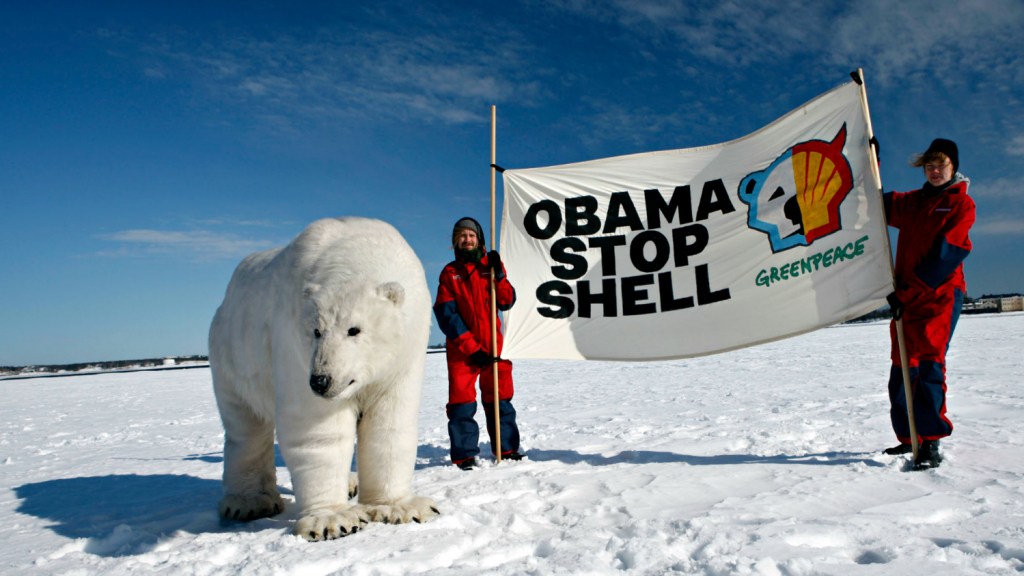 Shell has passed another hurdle in its push to resume Arctic drilling operations this summer. On Tuesday, Interior Secretary Sally Jewell reaffirmed her department’s 2008 decision to lease part of the Chukchi Sea, off the coast of Alaska, to the company, and accepted a revised environmental impact statement for the lease.

“The Arctic is an important component of the Administration’s national energy strategy, and we remain committed to taking a thoughtful and balanced approach to oil and gas leasing and exploration offshore Alaska,” Jewell said in a statement.

“Thoughtful” might not be the most applicable word to describe Shell’s activities in the Chukchi Sea. The company suspended its Arctic drilling operations in 2012 after a series of screwups and delays that culminated with a drilling rig running aground on New Years Eve. But, undaunted, the company is hoping to resume operations this summer. Shell’s 2015 plans involve working with the same contractor, Noble Drilling, that was hit with eight felony counts for the results of those disastrous few months in 2012.

After the 2012 setbacks, the Ninth Circuit U.S. Court of Appeals put the Chukchi Sea lease on hold in response to a suit filed by Alaskan Natives and environmental groups. The coalition argued that the Department of Interior had underestimated the amount of oil that Shell could get out of the lease, and, thus, the amount of damage that drilling in the sea could cause.

In response, the DOI released a revised environmental impact statement this February. It found that, over the course of Shell’s 77-year lease, there’s a 75 percent chance the company will be responsible for an oil spill of more than 1,000 barrels. The report also forecast 750 smaller spills.

The latest news on DOI’s decision has environmental groups enraged, obviously. “No one in her right mind would trust Shell to deliver a pizza safely across town, so trusting the company to drill in the Arctic is nothing short of negligence,” Greenpeace USA Executive Director Annie Leonard said in a statement. Earthjustice attorney Eric Grafe, who has coordinated green groups’ legal appeals in their suits against Shell’s Arctic operations, suggested to the Associated Press that the DOI was rushing through the process to help Shell get back to work.

Green groups also noted the irony of the DOI’s announcement coming on the same day the Obama administration affirmed its commitment to a global climate deal under which the U.S. would reduce its emissions by as much as 28 percent from 2005 levels by 2025. Shell’s leadership also recently affirmed its commitment to engaging seriously in discussions about climate change. Yet the company’s plan to operate in the Chukchi Sea for the next three quarters of a century, and the DOI’s plan to allow it, fly in the face of much-discussed research published in the journal Nature earlier this year which found that all the oil in the Arctic would have to stay put if the world is to avert disastrous climate change. Though the DOI’s environmental impact statement does look at the significant chances of a major oil spill resulting from Shell’s operations, it does not analyse the effect on the environment that burning all of that oil would cause.

In a statement, Earthjustice’s Grafe expressed hope that the DOI would reverse course. “Interior still has time to make a better decision when evaluating Shell’s drilling plan, and we sincerely hope it says no to Shell’s louder, bigger, and dirtier tactics, loaded with potential environmental harm,” he said.

Before drilling can go ahead, Shell will still have to get drilling permits and win approval for its exploration plan from the Bureau of Ocean Energy Management, an agency within the DOI.