Should oil companies have a seat at the climate negotiating table? 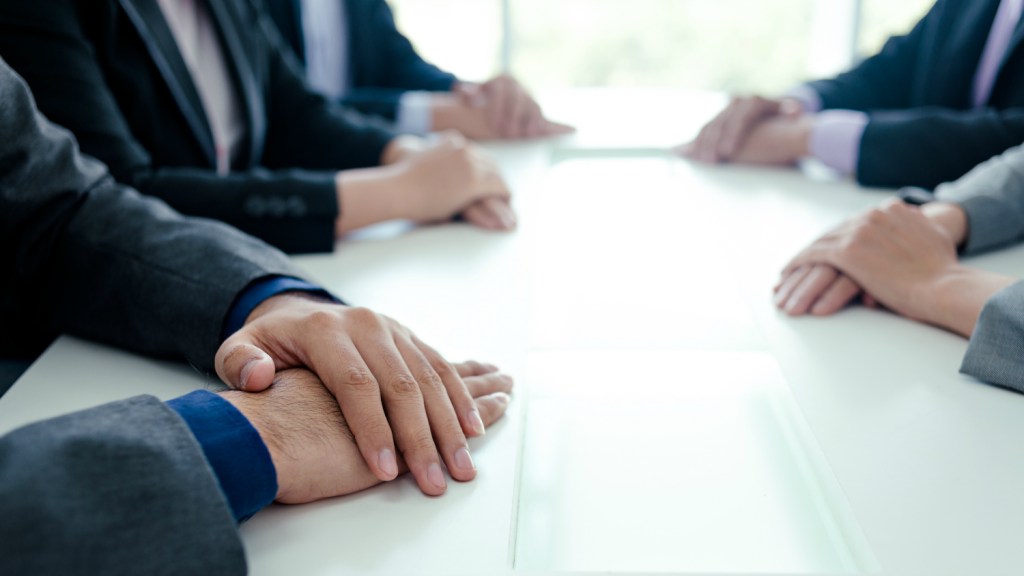 Should oil companies have a seat at the climate negotiating table?

U.N. negotiators are meeting in Bonn, Germany, this week to continue to hash out the global climate deal that will (hopefully) be signed in Paris later this year. And, just in time for these negotiations, a new coalition is calling on governments to get some carbon-pricing mechanisms in place. This coalition, however, has an unusual membership: CEOs of major, Europe-based oil companies.

Chief executives of the U.K.’s BP and BG Group, British/Dutch Shell, Italy’s Eni, Norway’s Statoil, and France’s Total sent a letter to the U.N. stating that “we need governments across the world to provide us with clear, stable, long-term, ambitious policy frameworks. … We believe that a price on carbon should be a key element of these frameworks.” Earlier in the letter, the six companies “acknowledge that the current trend of greenhouse gas emissions” would fail to “limit the temperature rise to no more than 2 degrees above pre-industrial levels.”

“The challenge is how to meet greater energy demand with less CO2,” the letter continues. “We stand ready to play our part.”

Of course, not everyone is eager for the companies who for years resisted regulations like carbon pricing to plop down at the negotiating table.

“I think what these corporations are looking to do is to change the conversation from one of global emissions standards and top-down governmental enforcement of standards to one … where these corporations can buy and sell pollution and find different ways to continue to do what they’re doing, which is contributing to climate change in a very real way,” said Jesse Bragg of Corporate Accountability International, a group that’s trying to keep corporate players away from the climate negotiations.

“We need long-term solutions,” he told Grist. “So the solution here is find ways to keep it in the ground and replace our energy needs with renewables. And any conversation about finding ways to use more natural gas and oil is a distraction from the actual solution.”

CAI and a number of prominent environmental groups, including Greenpeace USA, 350.org, and the League of Conservation Voters, recently petitioned the U.N. to keep polluting corporations away from climate change negotiations. The groups say that the industry “interferes at all levels,” including by providing sponsorship for the talks themselves.

The U.N. climate change leadership, however, has called for more cooperation between polluting industries and proponents of a climate deal. “Bringing them with us has more strength than demonizing them,” Christiana Figueres, executive secretary of the U.N. Framework Convention on Climate Change, said in May.

Not all green groups are cynical about the intention of the letter; some are enthusiastic about the progress it represents. “This is a symbolic moment, and demonstrates an important if not universal shift,” said Mark Kenber, CEO of The Climate Group, an international NGO. “It helps increase the likelihood of a positive outcome at COP21 by sending a signal to the wider business community, and showing that the direction of travel is towards comprehensive and effective regimes regulating carbon emissions.”

Even CAI sees the letter as an encouraging sign: “Many of the NGOs I’ve spoken with see this as a sign of them running scared, in a way,” said Bragg. “In terms of the movement, this is a good sign because it means that this work is having an effect and creating a need for them to respond and regroup and create a strategy … In that letter, the gas and oil industry took a couple shots at the coal industry, trying to differentiate themselves: ‘At least we’re not coal.’”

Some major oil companies were conspicuously absent from the letter, including U.S.-based ExxonMobil and Chevron. An industry source told Reuters that the two companies knew about the initiative, but didn’t want to sign on. “It’s clear that there is a difference of views on each side of the Atlantic,” Patrick Pouyanne, CEO of the French oil company Total, told reporters. He said the European companies were still chatting with Exxon and Chevron, and hoped they too would sign the letter soon.