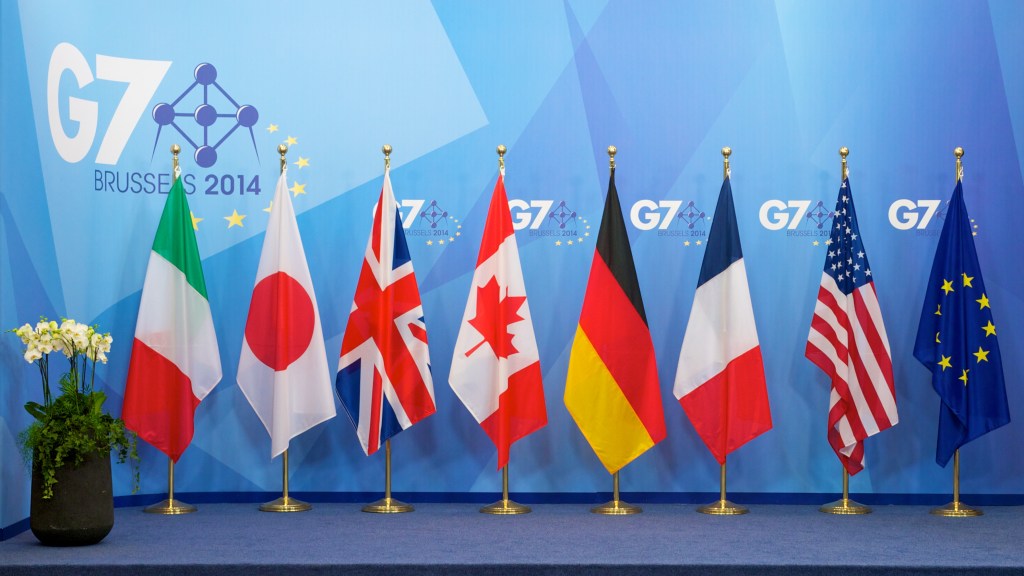 The global economy must be completely fossil fuel–free by the end of the century. That point of climate consensus came out of a meeting today between the U.S., the U.K., Canada, France, Germany, Italy, Japan, and the European Union, which make up the G7.

In the interest of preventing the planet from warming by more than 2 degrees Celsius, the nations said in a joint statement, “we emphasize that deep cuts in global greenhouse gas emissions are required with a decarbonisation of the global economy over the course of this century.” To that end, the nations agreed to work toward cutting emissions by between 40 and 70 percent by 2050.

German Chancellor Angela Merkel also announced that the G7 countries would raise $100 billion by 2020 to help poorer nations adapt to climate change. Those funds, she said, would come from public and private sources. Financing to help the developing world confront climate change has long been a point of contention in climate negotiations, and past efforts to get rich countries to pony up have been a bit rocky.

Environmental groups praised the G7 announcement, which they had worried would be derailed by dissent from Japan and Canada. “The decisions made by the G7 today indicated an acknowledgement that there needs to be a phase-out of climate-killing coal and oil by 2050 at the latest,” said Greenpeace’s head of international climate politics, Martin Kaiser. “Merkel and Obama succeeded in not allowing Canada and Japan to continue blocking progress towards tackling climate change.”

After the Fukushima disaster, Japan backed away from nuclear energy, and has drawn criticism for favoring coal over renewables. Canadian Prime Minister Stephen Harper’s administration has leaned heavily on Alberta’s tar sands as a potential economic boon for the country, and has been notoriously unfriendly to climate campaigners who disagree.

In a statement, the Sierra Club called today “the first time that the leaders of the world have made clear with one voice that we must get off fossil fuels completely.”

Though this announcement doesn’t require these countries to actually do anything specific, green groups see it as an encouraging indicator of momentum as we approach December’s U.N. climate summit in Paris, where 200 countries will commit to specific plans for how to green their economies. If, six months before diplomats sit down with pens in hand, the leaders of the world’s major economies are making announcements that involve words like “decarbonisation” — well, greens see that as a good thing.