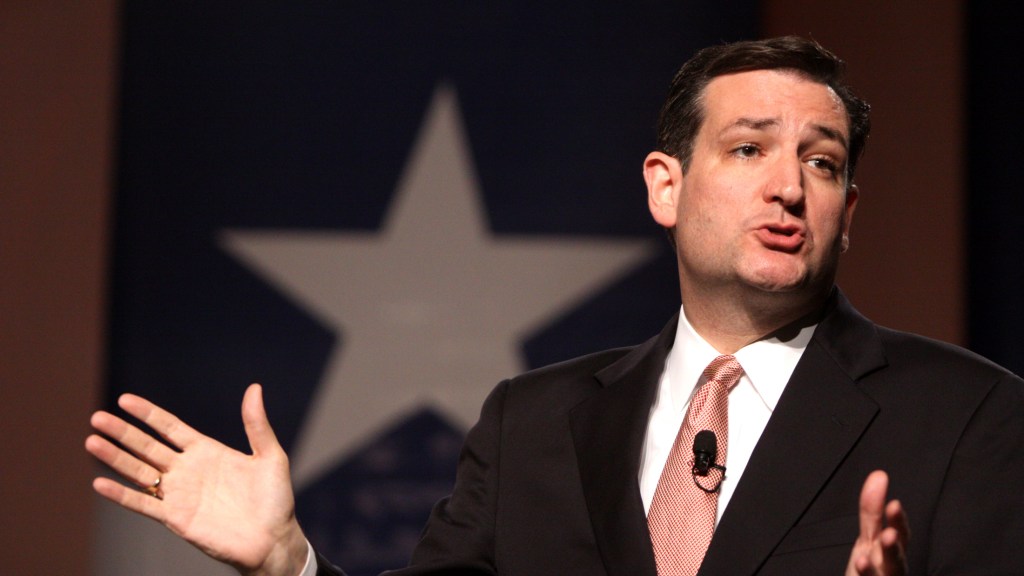 Way back last spring, it seemed the Texas senator could be the front-runner for the most extreme, anti-reason candidate in the race for the Republican presidential nomination. That was, of course, before Donald “All Mexicans Are Rapists” Trump captured the attention of the American populace, turning what was your standard 47-candidate presidential primary into a giant, media-fueled train wreck that the nation’s Democrats are slowly driving by with equal parts horror and delight.

Unfortunately for all candidates who are not Donald “Pass the Hairspray” Trump, you’ve basically got to believe in phrenology, bloodletting, and finding Jesus in a piece of toast to stand out in this crowd. Which brings us to Ted Cruz.

Time reports that at a pageant hosted by the very rich and very evil Koch brothers in order to suss out the candidate they’re going to purchase this time around, Cruz said that climate change is a myth perpetuated by scientists and researchers in order to … well, he didn’t exactly specify why they would engage in a massive campaign to convince you that the planet is in peril when it’s really doing just fine, but he’s pretty sure it’s happening:

“If you look at satellite data for the last 18 years, there’s been zero recorded warming,” Cruz said in California’s Orange County. “The satellite says it ain’t happening.”

Instead, Cruz said, government researchers are reverse engineering data sets to falsify changes in the climate. “They’re cooking the books. They’re actually adjusting the numbers,” Cruz said. “Enron used to do their books the same way.” …

“I’m saying that data and facts don’t support it,” Cruz said to applause from 450 donors to the political network organized by billionaire industrialists Charles and David Koch.

At least the man knows his audience.

Cruz is, to put it bluntly, an idiot — possibly even up there with Donald “John McCain Is a Pussy” Trump. And while Cruz isn’t alone in the Republican Party in rejecting climate change, the scientific establishment — as well as anyone who has been outside this summer — can clearly see that it’s hot as fuck out there and only getting hotter. Or maybe it’s just all the hot air seeping from the GOP.