The massive methane leak in California’s Alisio Canyon may have been invisible to the human eye, but it wasn’t invisible to NASA.

The leak, which spewed an estimated 97,100 metric tons of the greenhouse gas into the atmosphere, led to the evacuation of thousands of residents, and took nearly 4 months to stop. Now, NASA has released infrared images of the methane plume, as captured by satellites. This is the first time a methane leak has been observable from space, the Washington Post reports. 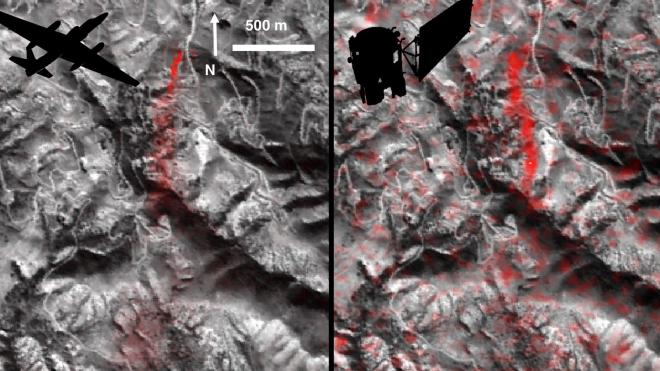 Methane is an especially potent greenhouse gas, 84 times more powerful than carbon dioxide (though it doesn’t hang around in the atmosphere quite as long). The ability to observe it from space could be a powerful tool in tracking global emissions targets set at the 2015 Paris climate accord, according to the Post.

As for the Alisio Canyon leak, the natural gas facility has been shut down since February, prompting concerns about power outages for the region. The California Public Utilities Commission is currently looking at solutions, including voluntary air conditioning interruptions, rebates for smart thermostats, and expanded solar initiatives.

But the damage has been done: In the months before the Alisio Canyon leak was stopped, it released the equivalent annual greenhouse gas emissions of 572,000 cars.