The Coup takes on climate change 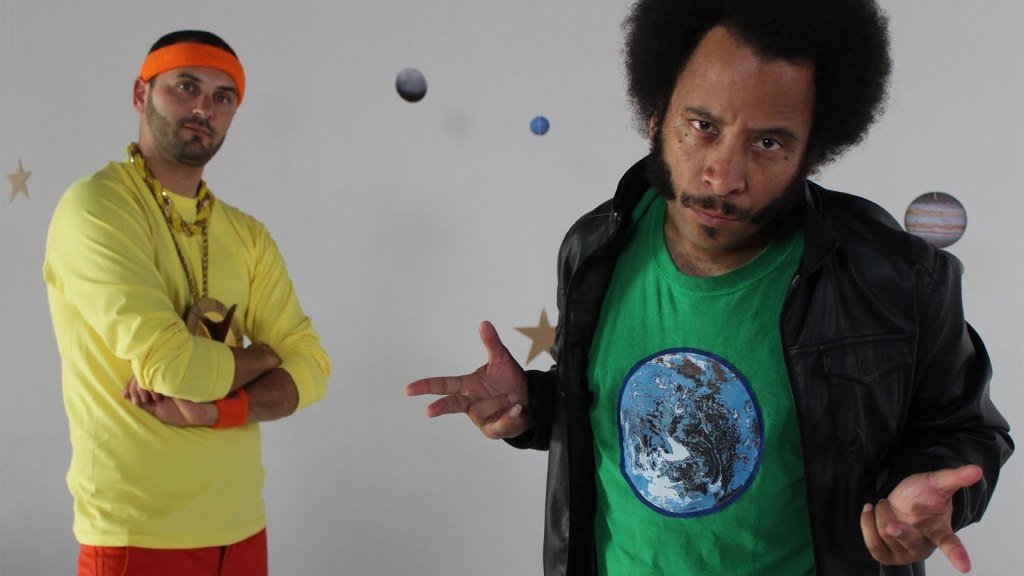 The Coup takes on climate change

So, it turns out Don Cheadle is not the only black celebrity interested in climate change. Environmental justice advocates over at the Oakland, Calif.-based Movement Generation enlisted rapper Boots Riley, from the legendary rap-funk-punk group The Coup, for this youth-friendly PSA, below, about climate change.

WARNING: For those of us who’ve been Coup fans since their ‘91 EP or their ‘93 album where they killed their landlord, the following might throw you for a loop. Here, Boots takes a comedic turn, playing “Brother Earth,” where he’s a stand-in for our planet, joined by Oakland comedian Josh Healey, playing the Sun.

It could be because I’m used to seeing Boots in much more serious performances that I can’t help but think the video ventures somewhat into minstrelsy. Although the shuckiest-jiviest parts come from Healey, whose Sun character doubles as a rapper complete with a gold chain, sorry, gold sundial around his neck. Healey’s sun is animated, perhaps a bit too much, like an over-Flavored Flav, spitting out non sequiturs throughout Brother Earth’s speech like “Damn glacial profiling!” and “Solar power to the people!”

Given that Healey is white, you can’t help but envision his performance as blackface without the black paint. Riley’s restraint balances if not saves the video from going straight Sambo. If it were any rapper besides him or Chuck D., it might be official Sambo. Even Riley picks up on Healey’s extra-ness and tells him with a face cold as Parrish Smith to “Chill, Sun.” I won’t give away the kicker, but just to hint, the Chuck D.-Flav notes are reinforced by a play off of a classic Public Enemy record.

I hope the message sinks through. True PE and Coup fans will certainly gasface the video, but I can see younger people amused. One of Movement Generation’s goals with this is to draw attention to the upcoming People’s Climate March. Though Coup fans won’t be entirely disappointed, given Boots drops gems throughout the video to let us know how he really feels about this.

“I need y’all to stand up and take it to the streets, whether it’s outside the U.N. or outside your local Mickey D’s,” says Boots/Brother Earth in the video, and then saying in true Coup fashion, “I need you to change all this free-market fundamentalism that’s fucking up all our health.”

Boots also makes some serious connections between climate change and some of the louder problems affecting communities today in a post on the Movement Generation blog, noting:

“This is about helping our own brothers and sisters who are struggling to survive right here and now. The same corporations and politicians who are exploiting people — from Oakland to Detroit to Gaza — are the same ones exploiting the planet. It’s on us, the people, to stand up and build a new path. Change the system, not the climate.”

When it comes to plying the funny onto issues so grim, as we try to do here often at Grist, there’s a real balancing act. Lean too much toward the comedy and there’s the risk of undermining the real pain and suffering experienced by those under climate change or any of the social ills explored in depth on Coup albums. Make sure you check out some of The Coup’s other videos after watching the one above so you’ll know that these issues are no laughing matter: