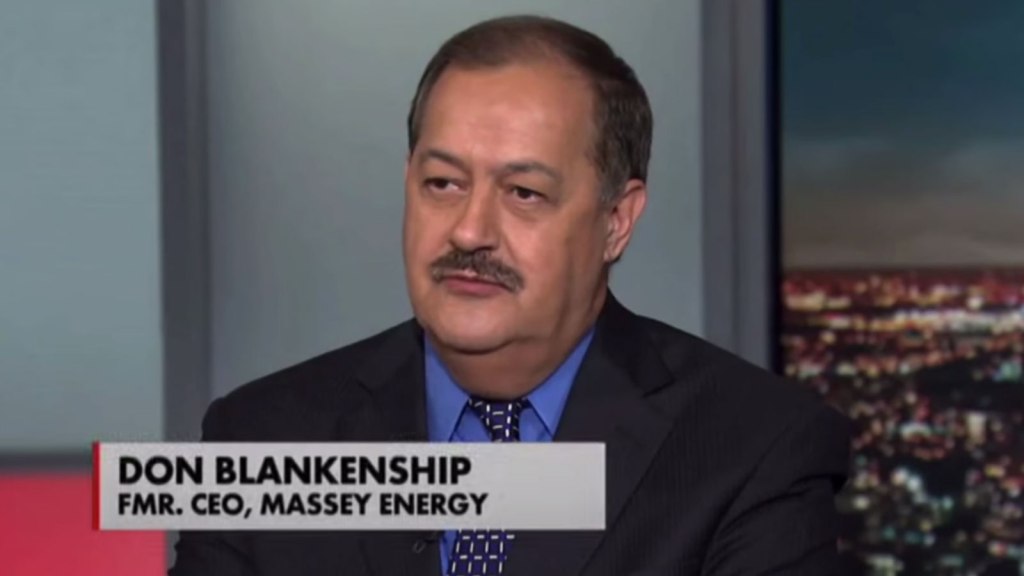 Where do we even start with Don Blankenship? The former CEO of Massey Energy — a coal mining company in the business of irreversibly disfiguring mountains — has been neglecting workers, environmental regulations, and countless West Virginians for decades; Forbes questioned whether he had any friends left way back in 2003. As Grist Staff Writer David Roberts has been insisting for years (since before it was hip to do so), Don Blankenship is an evil bastard.

On Thursday, a federal grand jury took a big step toward bringing Blankenship to something resembling justice: NPR reports that the coal magnate has been indicted for breaking just about every safety, transparency, and environmental rule he could at the Upper Big Branch mine. The damning indictment, which stems from a 2010 explosion that killed 29 of the mine’s 31 employees, includes four charges:

Former Massey execs have been pleading guilty to similar conspiracy charges, one after another, in the years since the Upper Big Branch massacre. David Hughart, who was president of the company‘s Green Valley Resource Group, is currently locked up, while ex-superintendent of Upper Big Branch Gary May just finished his prison sentence a few months ago. But Blankenship remains a free man, thanks to a history of favorable judgments from courts polluted by his campaign contributions.

If convicted on all four counts, Blankenship could face as many as three decades behind bars. I’d prefer if he were sentenced to working alone underground at one of his toxic, unsound mines until his lungs turn black. In the meantime, we can all get a little bitter satisfaction out of watching Chris Hayes of MSNBC thoroughly destroy the Dark Lord of Coal Country: