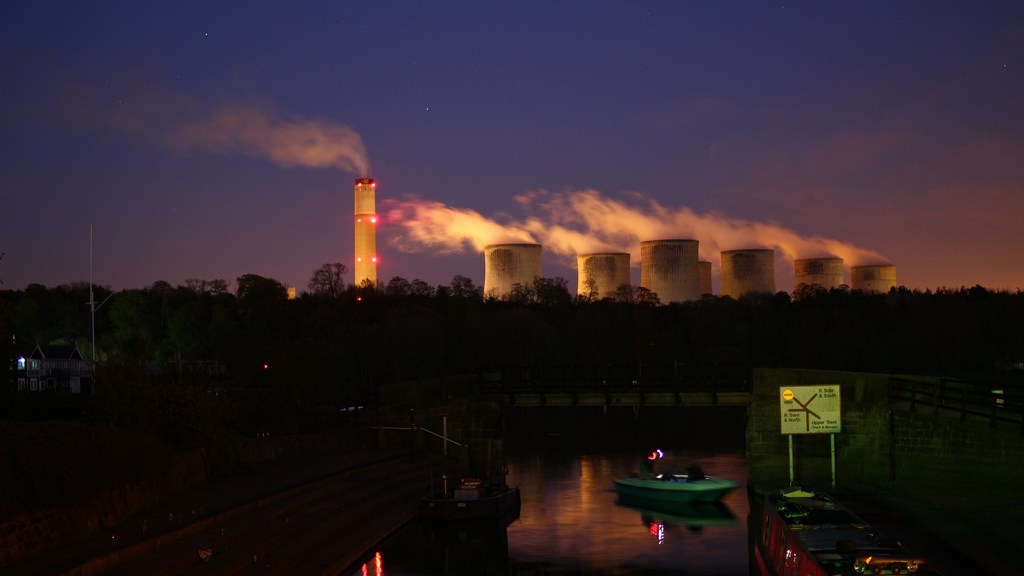 In December 2012, a federal appeals court in Washington, D.C., dismissed a suit by the company behind a proposed new coal plant in Texas that sought to block new carbon dioxide pollution limits on power plants proposed by the EPA. The court’s reasoning was that any appeal would have to wait until after the rules were finalized, not simply proposed. So last week, after the EPA published an updated version of the proposal, Clean Air Task Force legal director Ann Weeks said she doubted a new round of lawsuits would be in the offing.

But it took just a week to see the first fusillade against this major pillar of President Obama’s climate strategy: Wednesday, the state of Nebraska, where coal is the largest power source, filed suit against the proposed rule.

“Just goes to show I should never try to predict whether or not suits will be filed,” Weeks said in an email.

The suit revolves around carbon capture and storage (CCS) technology, which scrubs pollutants from power plant emissions. Because of the tight limits on carbon pollution called for in the proposed rule, using CCS would become the only way to build any new coal-fired power plants, a restriction coal advocates have said will effectively kill the industry. The EPA, meanwhile, contends that CCS is viable and affordable.

The Nebraska suit cites a 2005 law that made funding available to study CCS at three new high-tech power plants — currently under construction in Mississippi, Texas, and California — that together have received $2.5 billion in federal grants and tax credits. The suit asks the district court to declare that the proposed rule is “in excess of statutory … authority” and require the EPA to withdraw it; under the law, the suit contends, the EPA is prohibited from using technology developed with this funding as the sole basis for a Clean Air Act regulation like the one proposed last week.

A statement from Nebraska Attorney General Jon Bruning, a Republican, makes it clear that protecting the interests of the state’s coal industry is as much a priority as adherence to the 2005 statute. “The impossible standards imposed by the EPA will ensure no new power plants are built in Nebraska,” the statement says.

A major problem with the suit’s reasoning, according to Weeks, is that the EPA has drawn on many years’ worth of independent research and industry experience to decide that CCS is workable, not exclusively the lessons of these three power plants.

“Their argument is that EPA improperly used these subsidized projects,” Weeks said. “The answer is no, they didn’t.”

In the U.S., the low cost of natural gas has drawn interest away from building any new coal plants, CCS or no, but the technology has been proven to work at a pilot scale, according to MIT research engineer Howard Herzog. (Herzog’s group has some good information about the spread of CCS here). The big open question, Herzog said, is not whether CCS can be done, but whether it can be done affordably. Current technology for coal plants costs about $65 per ton of CO2 avoided, Herzog said, which could be too high to justify using it. And rather than spurring innovation to reduce the cost, the EPA’s regulation is likely to put a “wet blanket” on CCS R&D, he said, since it doesn’t create a market that would motivate private-sector investment.

Herzog and Weeks agreed that the question of how viable CCS truly is will have to be eventually settled in court, as more suits like this pile up in advance of the rules’ finalization sometime next year. With the time it will take for suits to shake out, it’s likely to be several years before any new regulation actually takes effect.