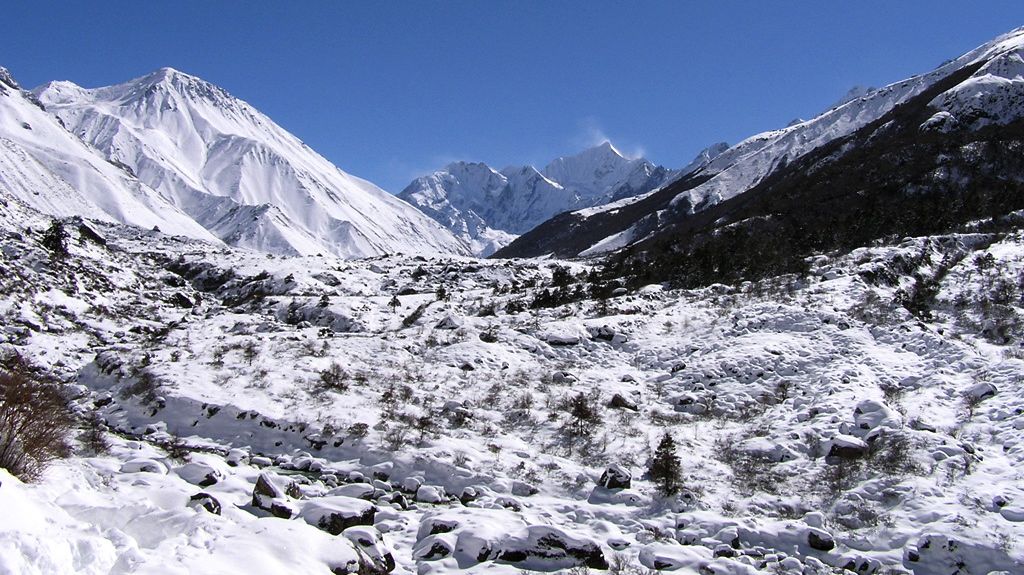 Last week, we got the news that the West Antarctic ice sheet is ditching us. Then, on Sunday, another fresh study told us that Greenland is also melting away rather fast. And now glaciology brings us a new report, on what’s going on at the so-called “third pole” (so called because it has more snow and ice than anywhere outside of the polar regions): the Himalaya mountain range. Seemingly unwilling to get left behind, it’s been shedding its icy stocks, too.

The report, from the International Centre for Integrated Mountain Development (ICMOD), found that Nepal’s glaciers lost 24 percent of their volume between 1977 and 2010. It did also find that the number of glaciers increased by 11 percent over that period, but it turns out even that’s not good news! It attributes the increase to the fact that the big glaciers tend to break into smaller ones once they become weak.

While the big concern surrounding the melting of the true poles is what it means for sea-level rise, the impact of the Himalayan thaw will stay a bit more local — but that doesn’t necessarily make it better. It translates into things like wiping out villages through glacial lake outbursts, and making for a less reliable water supply for drinking, agriculture, and power. “The third pole region is home to some of the people most vulnerable to these changes in the world,” ICMOD says.

And, just to top it all off, “The rate of warming in the Third Pole region is significantly higher than the global average, and the rate is higher at altitude.”

So, which of the poles is going to win this twisted race? All bets are on: It looks like all three are gunning for the finish.