The next U.S. president could save or destroy the Arctic 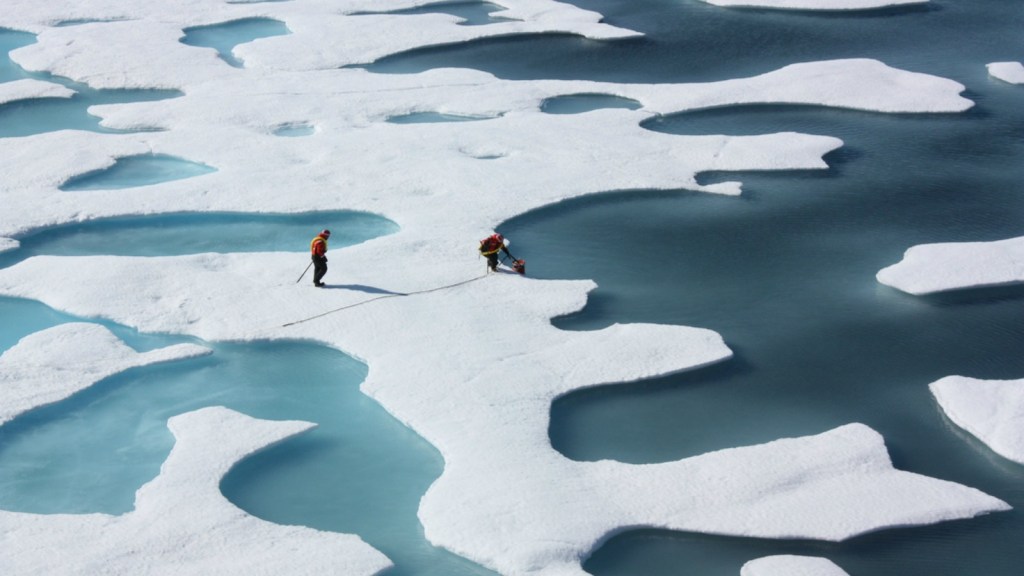 The next U.S. president could save or destroy the Arctic

The next president will decide the fate of pristine waters 3,000 miles away from the Oval Office — a decision that would resonate for decades.

Nearly 400 scientists sent a letter Wednesday calling on President Obama to close the Arctic to the oil industry. Right now, Obama’s five-year draft plan for offshore drilling offers two lease sales, one in the Beaufort Sea in 2020 and one in the Chukchi Sea in 2022.

But it’s not just Obama who will determine the fate of the Arctic; his successor’s choices will outlast his or her tenure by a long shot.

For her part, presumptive Democratic nominee Hillary Clinton has indicated that she would not allow oil and gas drilling in the region.

The Arctic is a unique treasure. Given what we know, it's not worth the risk of drilling. -H

On the other hand, Republican nominee Donald Trump hasn’t taken a formal stance on the issue, though he has indicated support for offshore drilling in the Atlantic and that he would “absolutely” drill in the Arctic National Wildlife Refuge. “I’m a big driller,” he’s said.

For drillers, the Arctic is about the long game: From the time the leasing bid occurs, it usually takes about a decade for drilling to actually begin.

“You’re putting into motion a process that will rattle on for decades,” Tim Donaghy, a senior researcher at Greenpeace who focuses on offshore drilling, told Grist.

Even if the Arctic were opened, no company has managed to prove that wading into its icy waters is a smart financial investment. Any project in the Arctic is bound to face similar hurdles and the kind of opposition Shell saw from climate activists, who blockaded the mouth of a river to stall the company’s ice breaker last year. Shell, after a series of mishaps, announced last May that it was packing up after blowing $7 billion in Arctic waters.

But the Arctic Circle contains an estimated 90 billion barrels of oil, equivalent to 13 percent of Earth’s undiscovered oil. Drillers (and future presidents) may be hard-pressed to let go of such a buried treasure.