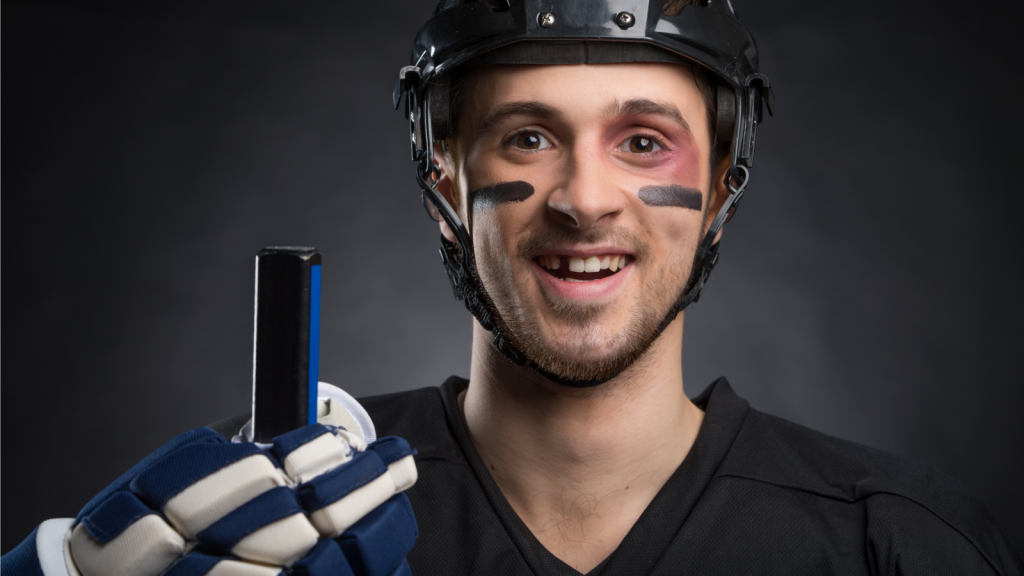 If there are two things that hockey players hate, the first is obviously teeth, and the second is apparently climate change.

According to the National Hockey League’s 2014 Sustainability report, each NHL game produces 408 tons of carbon dioxide emissions. With 1,230 regular season games and another 95 playoff games in 2013, that worked out to a lung collapsing 540,600 tons of C02, and that’s without factoring in the energy spent by fans getting to the games. Maybe up in Canada fans arrive through some sort of Harry Potter teleportation, but at the last Caps game I attended, the garage was pretty full.

But more than any other major professional sport, hockey relies on clean water and cold winters. The legendary Bobby Orr, probably the second greatest player ever to strap on the skates, summed it up most eloquently: “The routine of my daily life as a kid was pretty simple. One way or another, it always seemed to lead me in the direction of a body of water, regardless of the time of year. The only question was whether the water would be frozen solid for hockey or open and flowing for fish.”

Sure, there are NHL teams in Anaheim and Arizona, but the league’s push south has mostly been a failure, and even on those remaining warm weather teams, the players are coming from up North. Without those clean, frozen ponds where the Gretzky’s and Lemieuxs fall in love with the game, there is no hockey, and the NHL knows it has a role in saving those ponds.

Perhaps more than any other sport, hockey is impacted by environmental issues, particularly climate change and freshwater scarcity. The ability to skate and play hockey outdoors is a critical component of the League’s history and culture. Many of the NHL’s players, both past and present, learned to skate outside on frozen lakes, ponds and backyard rinks. The game of hockey is adversely affected if this opportunity becomes unavailable to future generations.

With this 2014 NHL SUSTAINABILITY REPORT, the first of its kind for the League, we address head-on the connection between hockey and the environment, and the impact we have on our planet. It is in our best interest to confront this challenge, to be transparent with our impacts and to discuss and explore with all of our stakeholders a strategy for long-term environmental sustainability. …

Sadly, you can’t actually punch global warming in the mouth or pull climate change’s sweater over its head, so how does the NHL plan to fight rising temperatures? According to the league’s study, nearly three-quarters of its emissions stem from electricity consumption, and the NHL hopes to tackle the issue team by team.

The Montreal Canadians have already made the switch to LED lighting in their arena; the Anaheim Ducks are moving to an on-site oxide fuel cell that will use some biogas and produce 51 percent of the Arena’s annual energy; and the Winnipeg Jets are recovering heat from their ice making machines and using it to boil water for ice resurfacing. The Toronto Maple Leafs and Arizona Coyotes have launched programs to make their existing arenas greener, with the Coyotes hoping to reduce their carbon footprint by a laudable 80 percent. New arenas for the New York Islanders and, ironically, the Edmonton Oilers are set to meet LEED Silver certification.

While these steps may not be enough to make hockey green, it’s a start — and the marketing power of a sport that claims to have 50 million fans is a real boon to climate awareness. So raise your novelty Stanley Cup to the good people at the NHL for getting the puck sliding in the right direction.

Of course, they really didn’t have much of a choice. It was either green up their game or start playing in a lot less clothes.