The oldest city in the U.S. could be totally screwed by rising seas 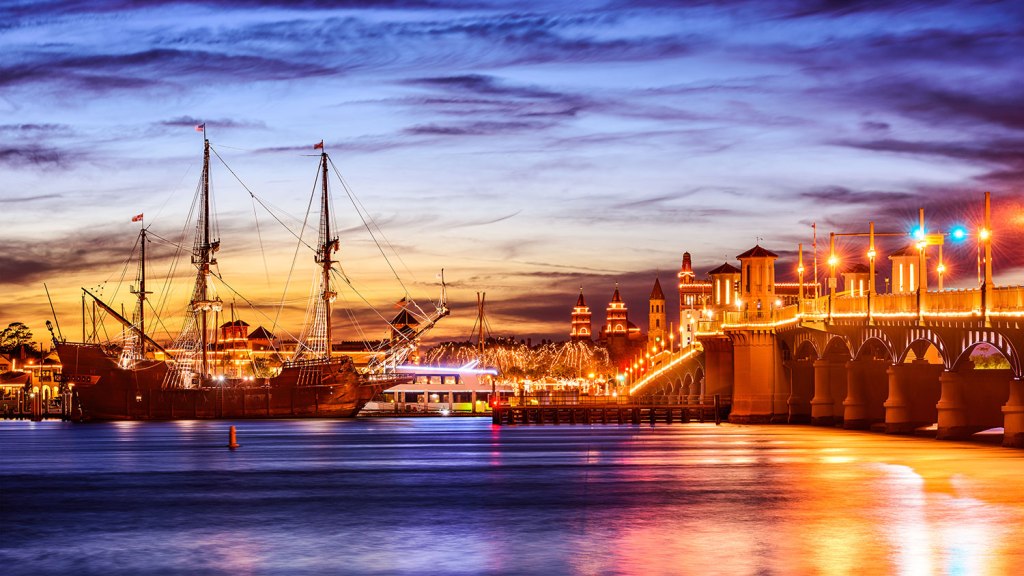 The oldest city in the U.S. could be totally screwed by rising seas

Rising seas are about to engulf the oldest city in the U.S., and it doesn’t look like anyone’s going to do anything about it. That’s because the city of St. Augustine happens to be in Florida, where pythons roam free, Mickey Mouse is king, and climate change doesn’t exist.

St. Augustine is home to Spanish explorer Ponce de Leon’s Fountain of Youth, an old military fortress, and — like any respectable historical site — plenty of brick roads and old-ass buildings. The 450-year-old national landmark also happens to be one of many cities along Florida’s coast getting increasingly worried about rising seas — a curious trend, given the state’s exemption from a certain global phenomenon.

To figure out what the state plans to do about these mysterious rising seas, Associated Press reporters sifted through thousands of state documents and emails. Here’s what they found:

Despite warnings from water experts and climate scientists about risks to cities and drinking water, skepticism over sea level projections and climate change science has hampered planning efforts at all levels of government, the records showed. Florida’s environmental agencies under [Gov. Rick] Scott have been downsized and retooled, making them less effective at coordinating sea level rise planning in the state, the documents showed.

“If I were governor, I’d be out there talking about it (sea level rise) every day,” said Eric Buermann, the former general counsel to the Republican Party of Florida who also served as a water district governing board member. “I think he’s really got to grab ahold of this, set a vision, a long-term vision, and rally the people behind it. Unless you’re going to build a sea wall around South Florida, what’s the plan?”

What’s the plan, indeed, Gov. Scott? The AP found that local officials in St. Augustine and elsewhere are trying to adapt to rising seas but are pretty much on their own:

Cities like St. Augustine have looked for help, but Scott’s disregard for climate change science has created a culture of fear among state employees, records show.

The administration has been adamant that employees, including scientists, not “assign cause” in public statements about global warming or sea level rise, internal government emails show.

For example, an April 28, 2014, email approving a DEP [Department of Environmental Protection] scientist’s request to participate in a National Geographic story came with a warning: “Approved. Make no claims as to cause … stay with the research you are doing, of course,” the DEP manager, Pamela Phillips, warned.

Agency spokeswoman Engel said Phillips was a lower-level staffer whose views didn’t necessarily reflect the entire administration. When asked whether staffers are told not to assign cause, Scott’s office said “the allegations are not true.”

Bigger cities like Tampa and Miami are also up shit creek without a state-issued paddle. According to the AP, South Miami is so worried that it called for the southern half of Florida to secede from the rest of the state, leaving its northern brethren to their own self-destructive devices.

In a place like St. Augustine, rising sea levels will certainly wreak less economic havoc than in a big city like Miami, but wouldn’t the loss of America’s oldest city mean something? Is a band ever the same after losing its original lead?