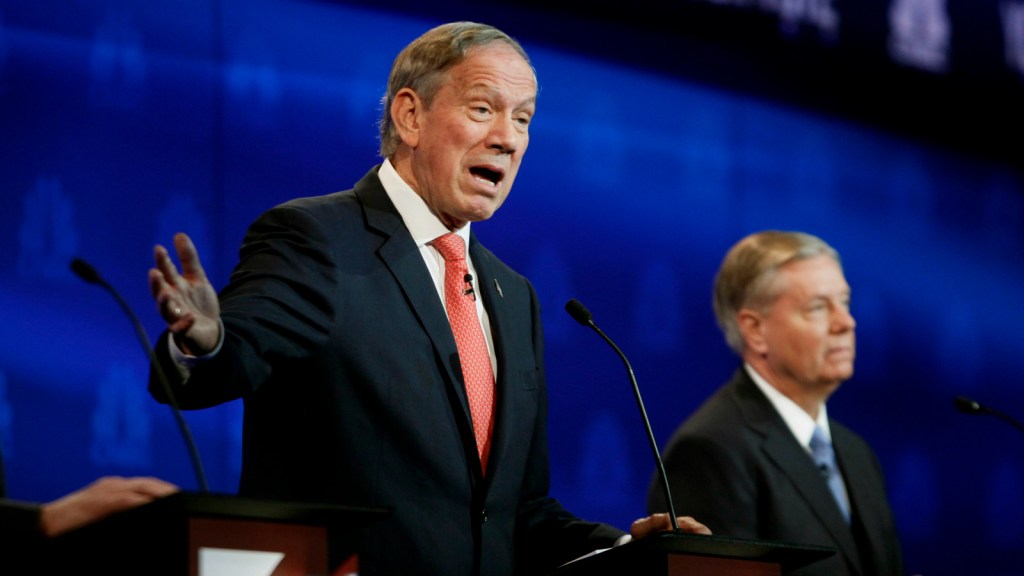 The 2016 GOP presidential field is a hotbed of science denial — especially when it comes to the most high-profile candidates. Jeb Bush once called himself a global warming “skeptic.” Texas Sen. Ted Cruz declared that the planet has stopped warming, which one prominent climate scientist called “a load of claptrap … absolute bunk.” And then there’s Donald Trump, who has called climate change a “hoax” and also used last month’s GOP debate to falsely suggest that vaccines cause autism.

But on Wednesday evening, a couple of long-shot Republican contenders got a chance to set the scientific record straight during CNBC’s debate. “You don’t have to believe that climate change is real,” said South Carolina Sen. Lindsey Graham. “I have been to the Antarctic. I have been to Alaska. I am not a scientist, and I’ve got the grades to prove it. But I’ve talked to the climatologists of the world, and 90 percent of them are telling me the greenhouse gas effect is real, that we’re heating up the planet.” Still, Graham took a thinly veiled shot at President Barack Obama’s climate policies. “I just want a solution that would be good for the economy, that doesn’t destroy it,” he said.

A few minutes later, former New York Gov. George Pataki delivered an even stronger pro-science statement. “One of the things that troubles me about the Republican Party is too often we question science that everyone accepts,” said Pataki. “I mean, it’s ridiculous that in the 21st century we’re questioning whether or not vaccines are the appropriate way to go. Of course they are. And it’s also not appropriate to think that human activity, putting CO2 into the atmosphere, doesn’t make the Earth warmer. All things being equal, it does. It’s uncontroverted.” Pataki added that the solution to climate change isn’t “big government” and the “EPA shutting down factories,” but rather “R&D credits” to “incentivize” the private sector to develop clean energy.

Of course, Pataki and Graham weren’t on the big stage with the GOP front-runners. They are both polling so poorly that they were relegated to an earlier segment with the other also-rans. That’s too bad. Whoever gets the party’s nomination is going to need to hear those sorts of scientific facts.