This guy's typhoon tweets make the climate crisis urgent, touching, and funny all at once 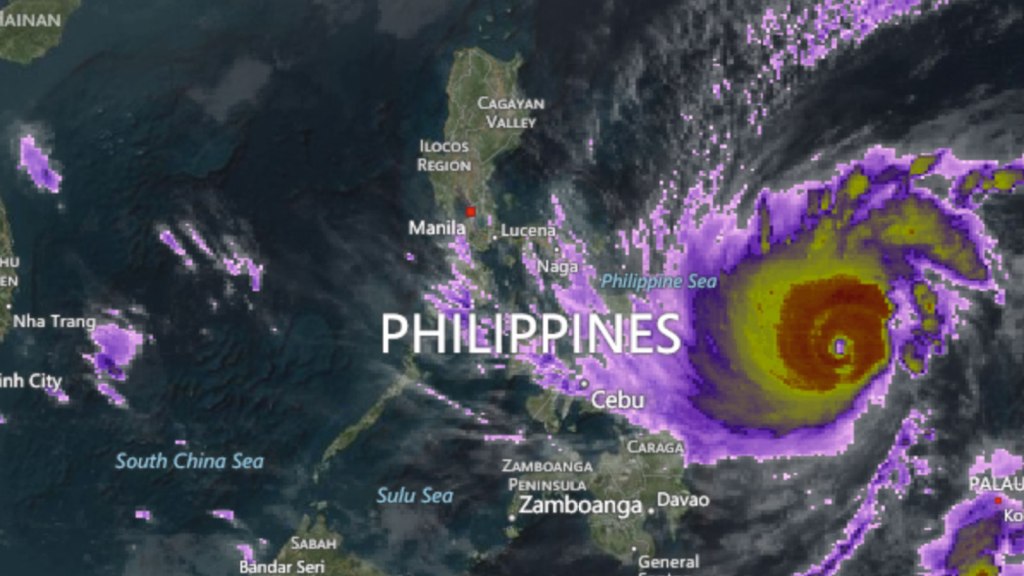 This guy’s typhoon tweets make the climate crisis urgent, touching, and funny all at once

The worst storm of 2014 is moving across the Western Pacific, headed for the Philippines. There’s a chance it will just graze the island nation — but there’s also a chance that Super Typhoon Hagupit is headed straight for the area hit so hard last year by Super Typhoon Haiyan.

Hagupit strengthened into a typhoon Tuesday and continued to strengthen Wednesday, with sustained winds of 150 mph, the Joint Typhoon Warning Center said.

That is equivalent to a Category 4 hurricane. A typhoon is the same type of storm as a hurricane but is called a typhoon in the western Pacific Ocean.

The storm was about 800 miles east of the Philippines and could be near the island nation by Saturday.

When Haiyan struck last year, 7,000 were killed or went missing, and, more than a year later, the country is still recovering. Many people still live in temporary shelters, made homeless by the most powerful typhoon to ever hit land.

At the time, there was also a U.N. climate conference underway in Warsaw, Poland. The Philippines’ climate change commissioner, Yeb Saño, had his hometown destroyed, and went on a hunger strike during the conference in hopes of spurring “meaningful” progress.

Now, as Hagupit bears down, there’s another U.N. climate conference underway, in Lima, Peru. This time, Saño is at home. He is again trying to raise awareness about his vulnerable country’s plight in the face of climate change. Notably, on Twitter:

Time is running out to avert the climate crisis. Lima, please deliver! How many more hellstorms do we have to endure??? Typhoon #Hagupit

We refuse to accept that facing super typhoons become a way of life. #ClimateJustice

Profound thanks to all who have expressed solidarity and support. In the light of Super Typhoon #Hagupit, I will remain in the Philippines.

And sometimes, with a sense of humor about the whole thing:

I am certain we shall overcome the Dark Lord of our age. The War of the Rings is on. The glory of the Third Age is coming. #ClimateJustice

Fingers crossed that this year’s summit won’t get the same kind of deadly and urgent reminder of the threat of climate change that Haiyan delivered in 2013.