ExxonMobil and Royal Dutch Shell, along with three oil industry trade groups, spend close to an estimated $115 million annually to obstruct policies that would address climate change around the world, according to a report released by Influence Map, a British nonprofit that conducts research on how corporations influence political inaction. 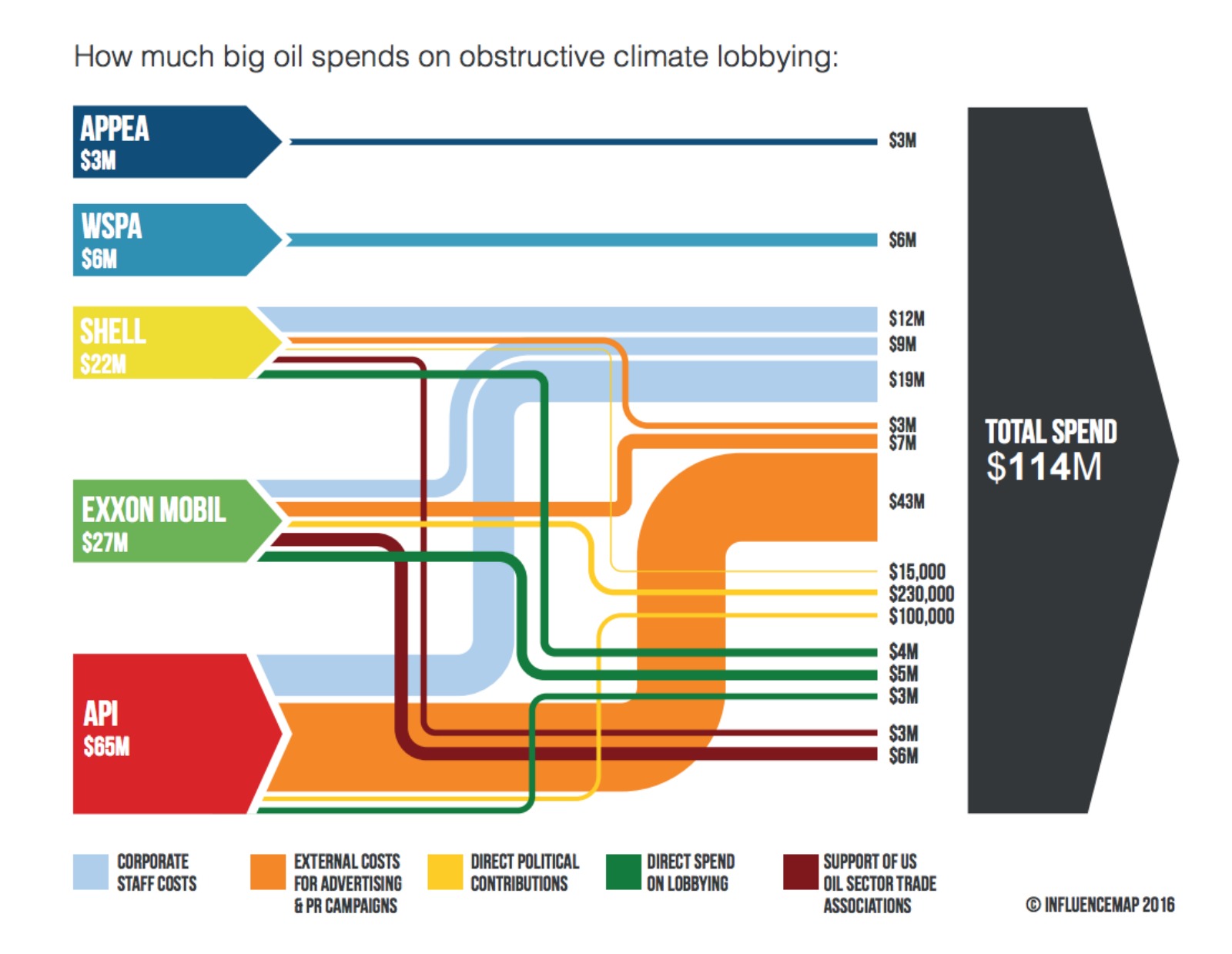 But the $27 million Exxon spent, for example, was just a drop in the bucket compared to the company’s annual earnings of $16 billion last year (which technically was a bad year; Exxon earned double that in 2014).

Using guidelines set out by the United Nations on climate lobbying practices, Influence Map combed through lobbying registers, Internal Revenue Service documents, and annual financial reports to find how much these groups devoted to opposing climate policy. The report, which is not peer reviewed, counts spending on lobbying, political contributions, and advocacy in its overall number, but it’s probably an underestimation: It does not include dark money spent on outside organizations.

Still, $115 million is already a lot more than what the other side is spending to push through pro-climate reform. The researchers estimate that climate-advocacy investor groups have spent less than $5 million. But their pro-climate campaign to reform fossil fuel companies from within has picked up momentum all the same. In 2016 alone, oil and gas shareholders have filed 45 resolutions related to climate change, many of them demanding that major energy companies disclose how it will impact their business.

Despite the momentum, the report observes the pro-climate side will need a “significant ramp up in investment and activity” to match Big Oil’s war chest.