You know how humans like to come up with lists of things? Like: “The best colleges, ranked.” Or: “The best artisanal pickletoriums with distressed wood paneling where the pickle is served to you by someone wearing a full, luscious old-timey beard, ranked.”

Well, every November, the University of Notre Dame Global Adaptation Index (ND-GAIN), releases its analysis of which countries are most prepared for climate change. This year, Norway was deemed the best prepared, and Chad was ruled the worst. 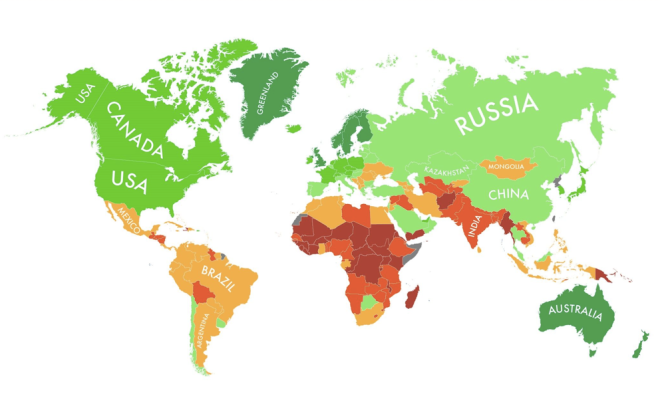 As with all maps, this one has got some major biases. The index it’s based on is very investment-oriented. As ND-GAIN puts it, the map “aims to help businesses and the public sector better prioritize investments for a more efficient response to the immediate global challenges ahead.”

For that reason, some countries that other observers might think of as future desert wastelands (sorry, Australia — part of it is the whole Mad Max thing) actually make it into the top 10 most-prepared countries. (Ahead of Iceland, even. Iceland!) Australia sails into the front tier on the basis of having a bunch of other things that ND-GAIN thinks will be useful when climate change brings natural disasters and all that jazz: things like dam capacity, tractors, sanitation, and midwives.

I will also note that, due to the international scope of the map, there is absolutely zero coverage of the cultural/geographical variations within a country. 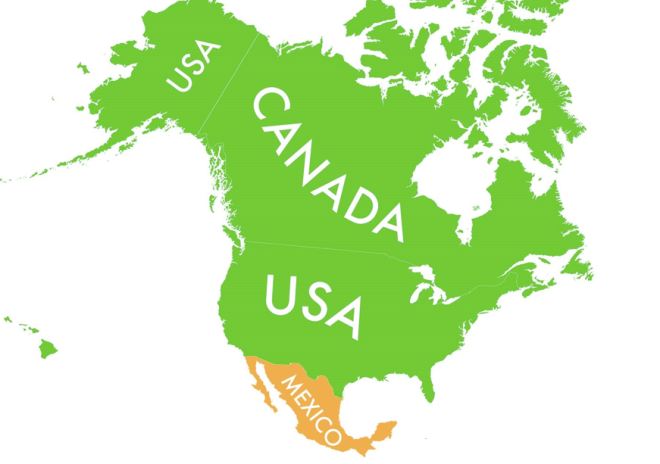 Which is a bit more optimistic than the map of this great nation put together last year by atmospheric scientist Cliff Mass: Mass here is only mapping the effects of climate change, rather than counting stable governments and tractors, so these maps aren’t exactly identical, but you get the idea.

It’s at this point that the whole ND-GAIN rankings — and the resulting map — start to look like an exercise in some pretty magical thinking. As climate change continues to do its thing, large swaths of the United States are looking at droughts so severe that they are unlikely to be able to support the number of humans that they currently have. The densely populated and highly built up East Coast — including a lot of its energy, transit, and telecommunications infrastructure — is going to have to pull up stakes and move inland.

Are we really so prepared for this that we deserve to, as a nation, be Kelly Green? This reporter has her doubts.

The Senate will vote to decide if climate change is real