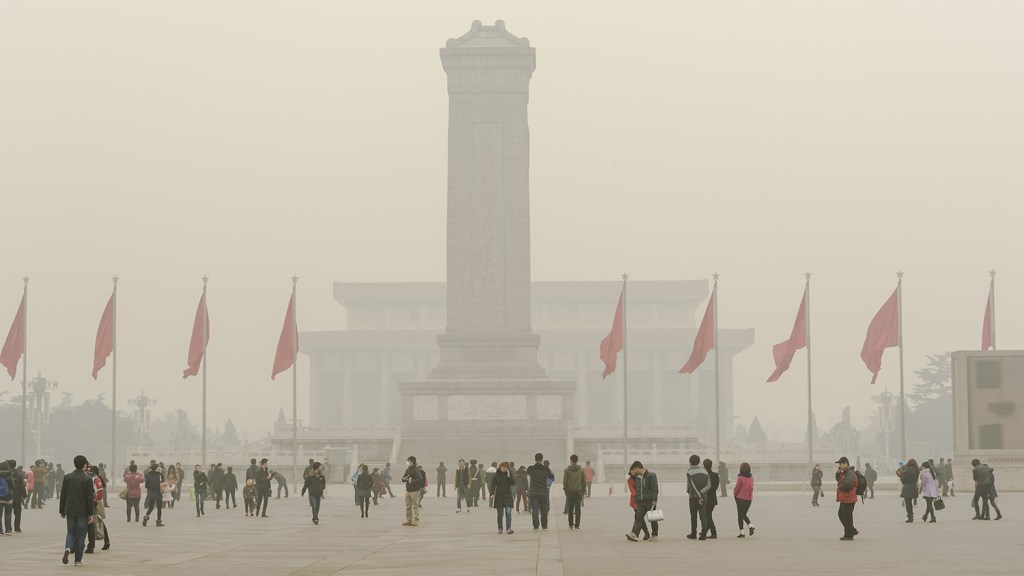 The documentary Under the Dome went viral in China earlier this month, highlighting the scourge of rampant pollution in the country. A few days after its release, the government banned it, stoking outrage across China. But it seems Chinese officials are still paying attention to the response it provoked.

At a news conference following an annual National People’s Congress meeting, Premier Li Keqiang responded to a reporter’s question about the film by saying (without mentioning the film) that the Chinese people realize the government has not done enough to live up to its pollution-reduction promises. From The New York Times:

“This is a concern that is uppermost on all people’s minds,” Mr. Li said in response to a question from a Huffington Post reporter, who asked about the government’s struggle to clean up the environment.

“The Chinese government is determined to tackle smog and environmental pollution as a whole,” Mr. Li said. “But the progress we have made still falls far short of the expectation of the people. Last year, I said the Chinese government would declare war against environmental pollution. We’re determined to carry forward our efforts until we achieve our goal.” …

Mr. Li pointedly made no mention of “Under the Dome” and its banning. But he acknowledged some of the problems raised by the documentary, especially lax enforcement of pollution restrictions by environmental agencies too weak to take on state energy conglomerates. Mr. Li said the government would fully enforce the newly amended environmental protection legislation.

Times reporters Edward Wong and Chris Buckley point out that at this annual news conference the premier traditionally says a lot of things that sound good but don’t necessarily translate to much in practice. Still, reducing the smog that comes along with coal-fired power plants has been a top priority on China’s agenda for a while now, so his proclamation that the government really is “declaring war” on pollution might not be so empty. It could instead be viewed as part of a trend.

In November, China signed a pact with the U.S. to peak its carbon emissions by 2030. And, in the meantime, to add the capacity to generate 800 to 1,000 gigawatts of clean energy — nearly as much as the capacity of all power plants currently operating in the U.S. The news that China’s coal consumption actually fell last year, for the first time in 15 years of dramatic growth, signaled that the country may in fact peak its emissions sooner than promised. Then, earlier this month, the premier and the legislature set an unusually low economic growth target for 2015 of 7 percent — even lower than last year’s growth of 7.4 percent, which was already China’s lowest growth rate since 1990. That was another indication that coal consumption could continue to fall. And this weekend, Li announced further measures to curb pollution, and alluded to more to come. From the Times report:

On Sunday, he issued targets for reducing carbon dioxide intensity — the amount of the greenhouse gas emitted for each unit of economic activity — by 3.1 percent, and he said the government would introduce legislation for a long-discussed “environmental protection tax.”

Under the Dome shows that even if the Chinese government talks a good talk, it still faces some obstacles in reducing emissions that will be familiar to us here in the U.S. Regulators and industry interests butt heads; at times, local officials seem impotent, saying things like, “It just doesn’t work to sacrifice employment for the environment.”

Still, it appears that the Chinese people’s response to Under the Dome underscored for the government that its citizens are on board with its plans to cut back on coal, especially if that means cleaner air. That’s more bad news for coal producers, and good news for climate hawks worldwide who could use it.