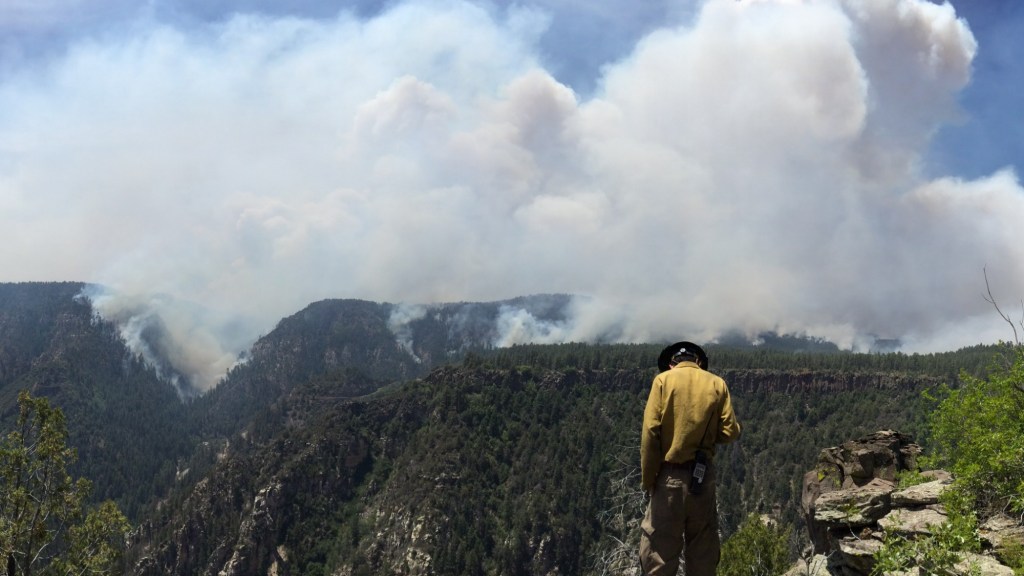 The Climate Disaster Relief Fund won’t extinguish the wildfires ravaging America’s tinder-dry west, but it may help some of the victims of the fires rebuild their charred lives. And, as the fund grows in the coming years, it should help other victims of global warming.

The new fund was launched Friday with a $2 million donation from billionaire climate activist Tom Steyer and his wife Kat Taylor. It will provide grants to organizations in the U.S. that help people affected by droughts, floods, other severe weather events linked to climate change. (It’s totally separate from Steyer’s NextGen Climate Action super PAC, which is channeling tens of millions to support climate-friendly candidates in this year’s elections.)

“Those affected by the 2013 wildfire season have already felt the devastating impacts of climate change,” Steyer said in a statement, “and while the Climate Disaster Relief Fund will help with their recovery efforts, we must act now to prevent future climate-related disasters.”

Last year, Sen. David Vitter (R-La.) accused Steyer of hypocrisy for opposing the Keystone XL pipeline while having made money from investments in oil-pipeline builder Kinder Morgan. Steyer responded by saying that his portfolio was being divested of dirty-energy stocks and that he would donate all personal profits from those investments to climate victims. With this new fund, he fulfills his pledge.

Steyer made his own challenge to Vitter: “I challenge you to divest yourself of any tainted financial benefits by contributing the $1,135,792.00 your campaigns for federal office have received from the fossil fuel industry to a charitable community cause of your choice in Louisiana,” Steyer wrote in an open letter last year. “I suggest supporting the victims of the BP oil spill, the continuing efforts to support the state’s recovery from the extreme weather of Hurricane Katrina, or those hard working Louisiana citizens economically impacted by the Mississippi River drought last year.”

No word yet on whether Vitter plans to follow Steyer’s lead. We’re guessing not.