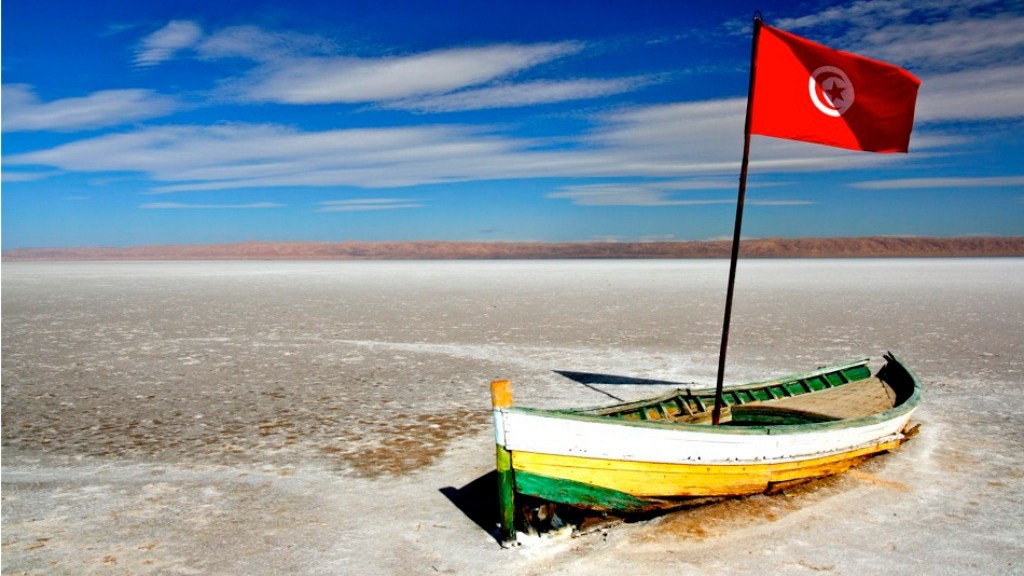 Tunisia, the country that kicked off the Arab Spring in 2010, has now finalized a new constitution. It ensures gender equality and rejects Sharia law. And it does another awesome thing that only two nations before it have done: It commits the country to contribute to the protection of the climate for future generations. Responding to Climate Change explains:

Before today only Ecuador and Dominican Republic had included climate change in their constitutions.

Speaking to RTCC from Tunis, [Member of Parliament] Dhamir Mannai, who proposed the inclusion of a climate amendment, said legislators were concerned about the potential impacts a warming world could have on Tunisia.

“This opens the door for legislation for both the environment and climate protection,” he said.

“As MPs we wanted to tackle the issue head on, and then tackle it through climate legislation, and hopefully put us in a position where we can demand that other countries do the same.”

This isn’t just a case of saying nice words about an environmental crisis. The constitution obliges the government to act against global warming — and experts say that obligation could spill over into international arenas. Here’s the Toronto Star with more on that:

“What Tunisia has done is something relatively new in terms of world constitutions … it is a big step,” said David Estrin, a senior environmental lawyer with Gowlings, a large Canadian law firm.

Tunisia, he said, has not only given its citizens the right to ask their government to deal with climate change — it has also “elevated the concept (of climate change) to one of an international law.”

Basically, it could open doors for one country to sue another on climate change, he said, and “eventually allow bodies like the International Court of Justice to act on complaints that one country is causing harm to another by not abating its emissions.”

This is an important step, said Estrin, who has practised environmental law since 1971. “Right now we are almost in a lawless rule when it comes to (climate change).”