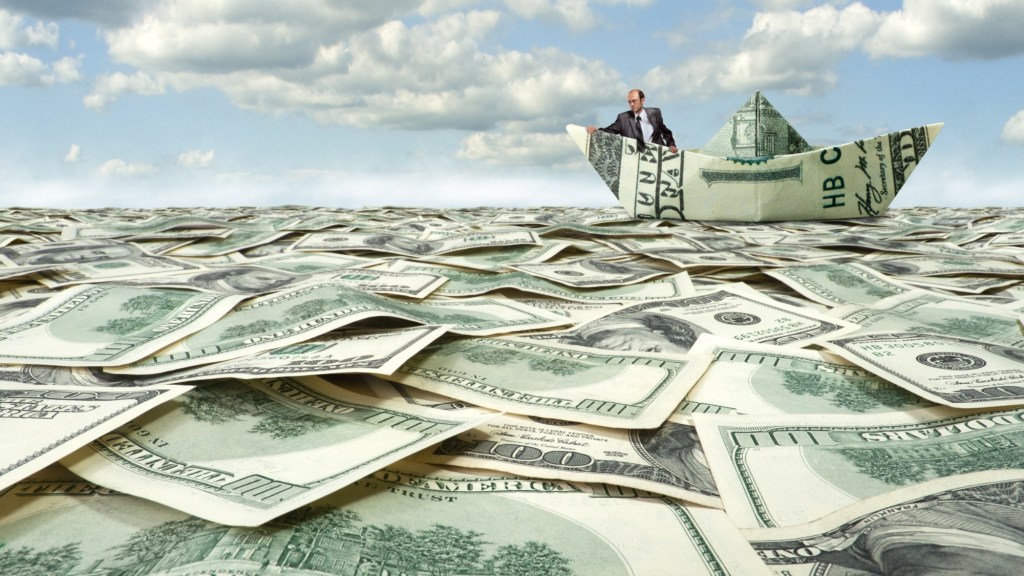 Shutterstock
That's where the money is

There’s a new divestment movement in town. It has not set its sights on universities or pension funds or foundations or churches or Rockefellers. These are the usual targets for divestment campaigns because they (a) have a lot of money and (b) like to think of themselves as doing good in this world.

Instead, the new divestment movement is aiming at a group of institutions that (a) have a lot of money and (b) don’t have much of a moral imperative at all — especially not if it might possibly get in the way of (a). That group would be “banks.”

So it stands to reason that the Move Your Money campaign, which started this week in the United Kingdom, asks people to add some financial threat to their moral argument. The campaign’s form letter reads:

As a citizen concerned about our global capacity to meet targets and reduce the effects of climate change, I cannot give my financial support to an institution that bankrolls climate change. Therefore, as a customer of your bank, I hereby make the following demands:

If you do not meet these requests, I will be left with no choice but to move my money to a financial institution that takes its social, ethical and environmental responsibilities seriously. I will do this in February 2015 unless you show a solid, lasting and credible commitment to fossil fuel divestment, as outlined above.

If the banks don’t oblige, the alternative that the campaign offers is a (very short) list of “ethical banks.” In the U.S., where ethical banks are in even shorter supply, a divestment move like this would probably involve switching your account to a credit union, which might not be a specifically ethical institution but is likely to be  too small to be in a position to lend to an oil company.

The whole campaign is very reminiscent of (and has exactly the same name as) a campaign in America several years ago to get people to pull their money from the banks that had issued dubious loans and inflated the housing bubble. The campaign, and others like it, created a frenzy of new bank accounts at credit unions. During that period, the tiny local credit union I belong to began to look like a mosh pit with all the new people arriving to sign up — its membership rolls increased about 25 percent between 2010 and 2011. This was true for credit unions across the country: Zan McKelway of the Credit Union National Association (CUNA) reports that its members gained over a million customers each year following 2010 — it just passed the 100 million member mark.

That said, the only change of bank practices that is consistently cited as a consequence of all this bank switchery was the decision by Bank of America (and several other banks) to discontinue a $5-a-month fee that they had hoped to charge debit card users. The American Move Your Money campaign, which leaned heavily on the film It’s a Wonderful Life for its vision of what a bank should be, seems to have turned off the lights and called it a day late last year, in the sense that none of its websites exist anymore.

Will this new, climate-change-inflected version of the bank campaign work? It does allow anyone with a bank account to participate in climate change divestment, instead of having to look around for a church or pension fund or a fabulously wealthy person to influence. This has not been a feature of divestment movements up until now, and it’s one to watch.