These conservatives make the case for vibrant cities. Most of their friends ignore them. 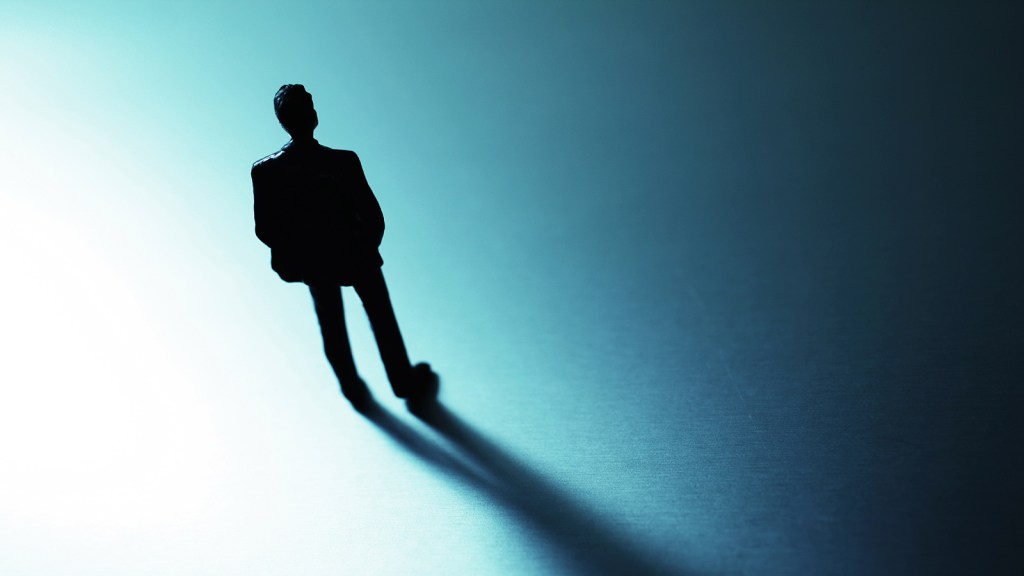 These conservatives make the case for vibrant cities. Most of their friends ignore them.

At first glance, smart growth and New Urbanism would seem like issues that break down along typical partisan and ideological divides. Democrats, like President Obama with his Partnership for Sustainable Communities, support transit-oriented development and streets that accommodate bikers and walkers as well as cars. Republicans, like former House Speaker Newt Gingrich, inveigh against urban “elites” who take mass transit and don’t appreciate the normal American Dream of a house with a lawn and garage.

And if you listen only to the most demagogic right-wing commentators, this is all you would hear. Conservative think-tank fellows such as Wendell Cox of the Heritage Foundation and the Heartland Institute issue full-throated defenses of cars and sprawl. Pundits like National Review’s Stanley Kurtz, pen unhinged manifestos declaring Obama a secret enemy of suburbs purporting to reveal his fiendish plans to force everyone into high-rise apartment buildings.

But urbanism is actually growing in popularity among a small cadre of conservative intellectuals. They understand that the traditional town design favored by urbanists — houses that face the street, with porches and stoops, sidewalks, public parks, and shared mass transit — fosters strong communities. As Matt Lewis, a conservative blogger for the Daily Caller, wrote in a July column for The Week: “It’s … hard to quantify the spiritual and psychic cost associated with endlessly frustrating commutes, disconnection from a community, and ugly buildings.”

They also recognize that anti-density zoning restrictions, parking requirements, and segregation of building uses that keep suburbia sprawling are inefficient market distortions. Some are also concerned by the massive spending involved in subsidizing sprawl through the mortgage interest tax deduction and highway construction.

Just don’t expect their ideas to catch on in conservative America.

The conservative embrace of urbanist principles isn’t brand new. A few social conservatives, such as the late activist Paul Weyrich, have recognized the value of traditional town design, and a few fiscally conservative policy intellectuals, like Harvard economist Edward Glaeser, have argued for dense development. No less a defender of traditional American culture than the Disney Corporation understands that walkable urbanism is more aesthetically appealing, community-oriented, and emblematic of our cultural heritage — which is why Disneyland’s Main Street USA and Disney’s town of Celebration, Fla., simulate New Urbanist design.

What’s new is that an intra-right spat has developed.

Until very recently, pro-sprawl conservatives focused their ire on full-time urbanists like James Howard Kunstler and Richard Florida. They didn’t bother to argue with the handful conservatives who favored smart growth. But those pro-smart-growth views have become more widespread on the right. Both the economic and social conservative arguments against sprawl have been recently voiced in the The American Conservative magazine, a small bastion of paleo-conservatism founded by Pat Buchanan, that has launched an urbanism blog.

Finally, last month, Joel Kotkin, suburbia’s biggest fan, wrote a takedown of conservative urbanism in the Orange County Register. “The abandonment of the suburban ideal represents a lethal affront to the interests and preferences of the majority, as well as their basic aspirations,” Kotkin wrote.

That drew rebukes from conservative planner Charles Marohn in The American Conservative and Reihan Salam in National Review. Lewis and Marohn both note that sprawl requires investments in public infrastructure like roads and sewers that cannot be economically supported by low-density, housing only areas. An efficient, lean government is actually most easily achieved in a dense area, where the same stretch of road serves far more people, firefighters and cops have much shorter distances to travel, and offices, shops, and homes are all in the same jurisdiction.

Some of the conservative arguments for embracing urbanism make much less sense. Glaeser and Marohn have argued that cities are natural constituencies for conservatives, filled as they are with upwardly mobile entrepreneurs. Many conservative urbanists also make vague noises about how cities are rife with mismanagement and would benefit from hardheaded conservative governance. They tend not to furnish specific solutions, though, and the few they do come up with — hiring more cops, giving housing vouchers to the poor — are actually embraced by Democrats and opposed by cheapskate Republicans.

The main problem for conservative urbanists isn’t the quality of their arguments, but rather that they fall on deaf ears within their own movement. Most Republicans live in low-density rural or suburban areas. And that isn’t some mere accident. According to a recent Pew poll, 75 percent of self-identified conservatives prefer to live farther from services, with greater auto dependence, in exchange for more private space. Seventy-seven percent of liberals, versus only 22 percent of conservatives, said they would prefer a smaller home in a walkable environment.

For conservatives to embrace urbanism politically would require them to believe so fervently in their ideological principles that they would oppose policies that subsidize their lifestyle. That’s not how conservatives approach politics.

For most conservatives, politics is about tribalism. Republicans and conservatives are the political tribal identities of older, white, Christian, suburban and rural nationalists. Their favored politicians’ rhetoric of free markets, small government, or traditional values isn’t really about any of those things. It’s about using the mythology of “welfare queens” to bash inner-city African-Americans, Latinos, and single mothers, and expressing contempt for immigrants, gays, Muslims, atheists, and any sign that American society may change as it incorporates them.

Anyone who thought Republicans actually cared about small government should have wised up when a Republican Congress passed, and George W. Bush signed, the massively expensive, unfunded Medicare prescription drug benefit. Unfunded entitlement programs are OK, you see, when the beneficiaries are old white Republicans. It isn’t welfare if they are the ones getting the checks. As political scientists have found, the American people are rhetorically conservative but operationally liberal. They reconcile that dissonance by simply declaring their own welfare to be something they’ve earned. Hence, the infamous cries of “Keep your government hands off my Medicare.”

So conservatives won’t easily give up their subsidies for sprawl. Now how about their hatred of urban density?

Michael Hendrix of the U.S. Chamber of Commerce Foundation, nicely summarized the conservative view of cities in The American Conservative: “Many still see cities in the light of Gotham and Gomorrah celebrating what they are and opposing what the others are.” In other words, cities are full of people who do not live conservative lifestyles, and that’s gross. Hendrix argues that conservatives should get over it and embrace cities because that’s where the money is being made and the future political majority is living.

His colleagues at the Chamber might find this convincing, but try making that argument to a local Tea Party meeting, where they think smart growth is a sinister environmental ploy by the U.N. to seize control of their government. Conservative pro-urbanism intellectuals seem unaware that these are the people they actually draw their votes from.

Among these Republican voters and grassroots activists, many benefits of urbanism would be seen as drawbacks. Saying that suburban lawns waste water or that sprawl consumes more fossil fuels and cuts down more trees might backfire, because conservatives think wasting natural resources is an affirmation of their gluttonous identity. This is the movement, after all, that invented coal-rolling.

Even exercise — that seemingly innocuous, healthy virtue of walkable, bikeable urbanism — is a turnoff to right wingers. Consider how they attack Michelle Obama’s encouragement of exercise among schoolchildren, or Sarah Palin’s celebration of drinking enormous sodas at the Conservative Political Action Conference. Let’s all get Type 2 diabetes! That’ll show those know-it-all liberal New Yorkers!

And so, when Lewis points out that walkability has a “side benefit” of exercise, he is unlikely to persuade many fellow conservatives of the value of walkable communities, because they think designing towns to facilitate exercise is nothing but a Bolshevik infringement on their right to drive everywhere and park easily. And the fact that parking minimums are a market-distorting government mandate? That’s OK, because they want a parking space.

Urbanism can be construed as consistent with liberalism or conservatism, since no ideology in the abstract values waste or inefficiency. But most major urbanists come to their insights through other liberal attitudes. Richard Florida, for example, supports gay rights and has found that socially tolerant cities attract the creative professionals who spur growth and vitality. James Howard Kunstler is a former energy reporter, and the devastating effect of the oil price shocks of the 1970s on the U.S. economy caused him to examine the roots of our dependence on oil. Kunstler accepts the science of climate change and believes that our incessant military involvement in the Middle East is caused in part by our hunger for their oil supplies.

But to care about oil dependence, you have to accept the science of what happens when we burn oil, and you can’t be on the oil companies’ payroll. And that demonstrates the difficulty conservative urbanists face. Real-world American political movements and parties aren’t a composite of ideas; they are composites of interest groups. Rank and file conservatives have adopted pro-market, small-government values as a loftier framework for their politics of resentment. Their populist anger has been fused to the money, and the money-driven agenda, of corporations and their wealthy overlords.

Should the free market-loving Koch brothers oppose zoning that mandates (and government subsidies that facilitate) sprawl? In principle, yes, but they make their money in fossil fuels. The GOP’s financial backers aren’t against big government if the policy in question keeps people in their cars, forking over their money to the Kochs at the gas pump.

Similarly, Salam recently pointed out in Slate that suburbs have very little housing to accommodate anyone who isn’t part of a two-parent household. Like a liberal would, Salam sees this as a defect of suburbia. But if you disdain non-traditional families and you think society should advantage those who adhere to your preferred (and outdated) social norms, this would be a feature, not a bug.

So here’s my suggestion to conservative urbanists: switch sides! Recognize that liberals support urbanism because we actually do oppose inefficient regulations. Understand that liberals, too, care about strong communities, and we balance that with individual freedom by supporting gay marriage but encouraging people to come face to face with their neighbors, on the sidewalk, in the park, or on the subway.

Maybe what we’ve discovered isn’t that conservatives can fall in love with urbanism, but that that the ones who do belong to the political movement that cares about the common good.