Utilities experience competition, don't like it, run crying to regulators 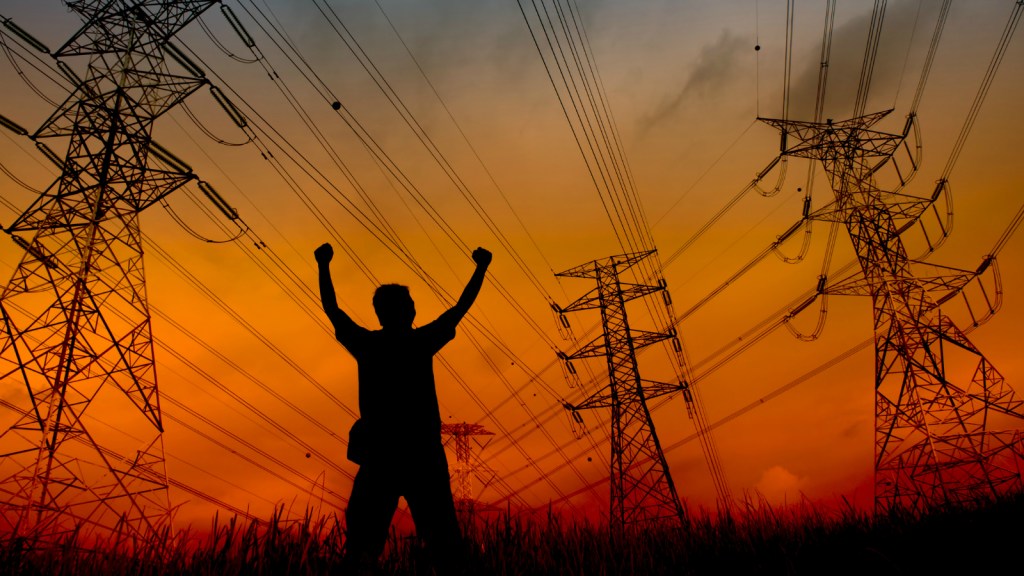 Utilities experience competition, don’t like it, run crying to regulators

Power utilities are fleeing open competition and seeking security in the sweet, protective bosom of Big Government. You can see this in two concurrent trends.

The first I wrote about recently in the context of the proposed Exelon-Pepco merger (which, by the way, Maryland’s attorney general recently came out against). Exelon is a “utility holding company,” which means it owns a bunch of utilities, some of which generate and sell power on wholesale markets and some of which distribute power to retail consumers over local grids. The former are “deregulated,” in that their profits are determined by competitive markets, while the latter are “regulated,” in that their profits are determined by state public utility commissions. (There are also regulated utilities that do both — generate and distribute power. These “vertically integrated” utilities exist in markets that never underwent restructuring.)

A while back, holding companies were rushing to buy more generation utilities, since there were big profits to be made from big power plants on wholesale power markets. But a funny thing happened in those markets: They got competitive. In fact, natural gas and wind (the mammals) started out-competing big old baseload plants (the dinosaurs). Now, the profits of those coal- and nuke-heavy generators are in serious doubt; those big old power plants are looking more and more like potentially stranded assets.

So what are holding companies doing? They’re rushing back in the other direction, attempting to buy up more regulated distribution utilities, where profits are guaranteed by regulators and therefore much more stable and predictable. If holding companies encounter sympathetic regulators — and money has a way of generating sympathy — they can even raise rates on those retail customers in order to pay for the crappy old baseload plants their generation utilities own. Not great for customers, but good for the bottom line.

The second trend has them seeking regulatory shelter from increasingly competitive retail markets — freaking out about, and fighting back against, the rise of rooftop solar. This was the subject of an excellent recent Washington Post piece from reporter Joby Warrick.

For reasons I’ve written about before, rooftop solar poses a corrosive threat to utility profits. It takes place on the customer side of the power meter (“behind the meter”), which means the practical effect is to reduce the amount of power solar homeowners need to buy from utilities. Utilities are used to captive customers. They don’t like competition.

Naturally they are fighting back, especially coal- and nuke-heavy utilities. A few years ago, they gathered to hear about the threat from the Edison Electric Institute, a trade group for investor-owned utilities, and to hatch a battle plan. Warrick:

Two-and-a-half years later, evidence of the “action plan” envisioned by Edison officials can be seen in states across the country. Legislation to make net metering illegal or more costly has been introduced in nearly two dozen state houses since 2013. Some of the proposals were virtual copies of model legislation drafted two years ago by the American Legislative Exchange Council, or ALEC, a nonprofit organization with financial ties to billionaire industrialists Charles and David Koch.

But things haven’t been going according to script:

Most of the bills that have been considered so far have been either rejected or vetoed, with the most-striking defeats coming in Republican strongholds, such as Indiana and Utah. There, anti-solar legislation came under a surprisingly fierce attack from free-market conservatives and even evangelical groups, many of which have installed solar panels on their churches.

Interesting, hm? It turns out grassroots conservatives and Tea Party groups — those far enough from Washington — don’t like the idea of a state-run monopoly telling them they can’t generate and sell their own power. (See this great interview with Georgia Tea Partier Debbie Dooley, who’s currently battling it out with Koch-heads in Florida.) Turns out solar is popular and solar customers are a pretty active and organized constituency.

You might call democracy the “market of ideas,” and as we’re seeing, utilities aren’t doing so great competing in markets.

So what are utilities doing? If you guessed “running to regulators,” you’re starting to get the hang of this.

Where legislatures failed to deliver, power companies have sought help from regulatory agencies, chiefly the public utility commissions that set rates and fees that can be charged by electricity providers. Here, the results have been more encouraging for power companies.

Yeah. Turns out that public utility commissioners, less in the public spotlight and less accountable to voters, are a lot more amenable to corporate lobbying and Koch money. So Arizona’s (horribly corrupt) utility commission has slapped new fees on solar homeowners. So has Wisconsin’s. New Mexico’s may follow suit soon. Similar efforts are underway across the country.

This ought to outrage conservatives and neoliberals who have faith — a faith I, with many caveats, share — in the power of markets. It’s exactly the sort of “regulatory capture” libertarian-leaning economists are always warning is the inevitable outcome of state-planned economies. And as I’ve said, the utility sector is as state-planned as it gets in the U.S., practically Soviet. It’s largely composed of state-sanctioned monopolies whose profits depend not on performance, but on the approval of state regulators, many of whom are in cozy relationships with utility execs. It’s Hayek’s nightmare.

By all rights, utility reform ought to be a ripe area for bipartisan cooperation. We need rapid advances in clean energy and energy management and the best way to foster that is to structure competitive markets with low barriers to entry. It’s time for utilities to stop hiding behind regulators.