Cheating is not a victimless crime. The recent revelations that Volkswagen rigged in-vehicle software to defeat emissions tests are but the latest example of efforts to evade regulations that protect human health and the environment.

In crimes against the environment, it’s sometimes difficult to calculate who is affected and how substantial the damages are. However, it is possible to estimate the damages based on our understanding of the atmosphere and of how pollutants affect human health.

My analysis shows that Volkswagen’s deception — which resulted in emissions 30 to 40 times allowable levels when driving — could exceed $100 million in economic costs from health damages. This staggering sum hints at the scope of the consequences of just one case of corporate cheating.

What air pollutants are we talking about?

The pollutants that Volkswagen failed to effectively control are nitric oxide (NO) and nitrogen dioxide (NO2), which are collectively known as NOx. NO2 is a dangerous air pollutant in its own right, as it can cause respiratory damages. But combined with other atmospheric pollutants, NOx can form even more dangerous pollutants: ozone and particulate matter.

The Environmental Protection Agency (EPA) regulations for diesel engines limit the amount of NOx that can be emitted per mile traveled. Volkswagen classified its vehicles as meeting so-called Tier II/Bin 5 emission standards, which means that it was allowed to emit 0.07 grams of NOx for every mile traveled over the lifetime of the vehicle. Actual emissions from affected cars were reported to be 10 to 40 times higher — as discovered by a U.S. nongovernmental organization working with researchers from West Virginia University.

In practice, the total amount of excess pollution from each tailpipe will depend on the driving conditions — for example, whether vehicles were driven on highways or city streets — as well as how many miles were driven by these cars, and under what conditions and temperatures. With more than 480,000 cars affected, estimates have ranged from 10,000 to 40,000 tons of extra NOx released in the United States.

The order of magnitude of this number makes sense: If each car traveled 15,000 miles per year and emitted 2.8 grams of NOx per mile instead of 0.07 grams per mile, the total amount of excess NOx would be over 10,000 metric tons.

To calculate the ozone and particulate matter formed as a result of this additional NOx, it is necessary to know where and when this NOx was released. Then, an atmospheric model can be used to calculate how pollutants travel and the chemical reactions they undergo.

What are the health impacts of this excess pollution?

Ozone and fine particles are known to cause serious human problems. Particles smaller than 2.5 micrometers in size, small enough to be inhaled deep into the lungs, are of most concern for health and are referred to as PM2.5. Negative health effects from PM2.5 include heart attacks, decreased lung function, bronchitis and aggravated asthma. Ozone can cause respiratory symptoms such as coughing, shortness of breath, and inflammation, and can worsen lung diseases such as asthma or emphysema. Both of these pollutants can lead to premature deaths. 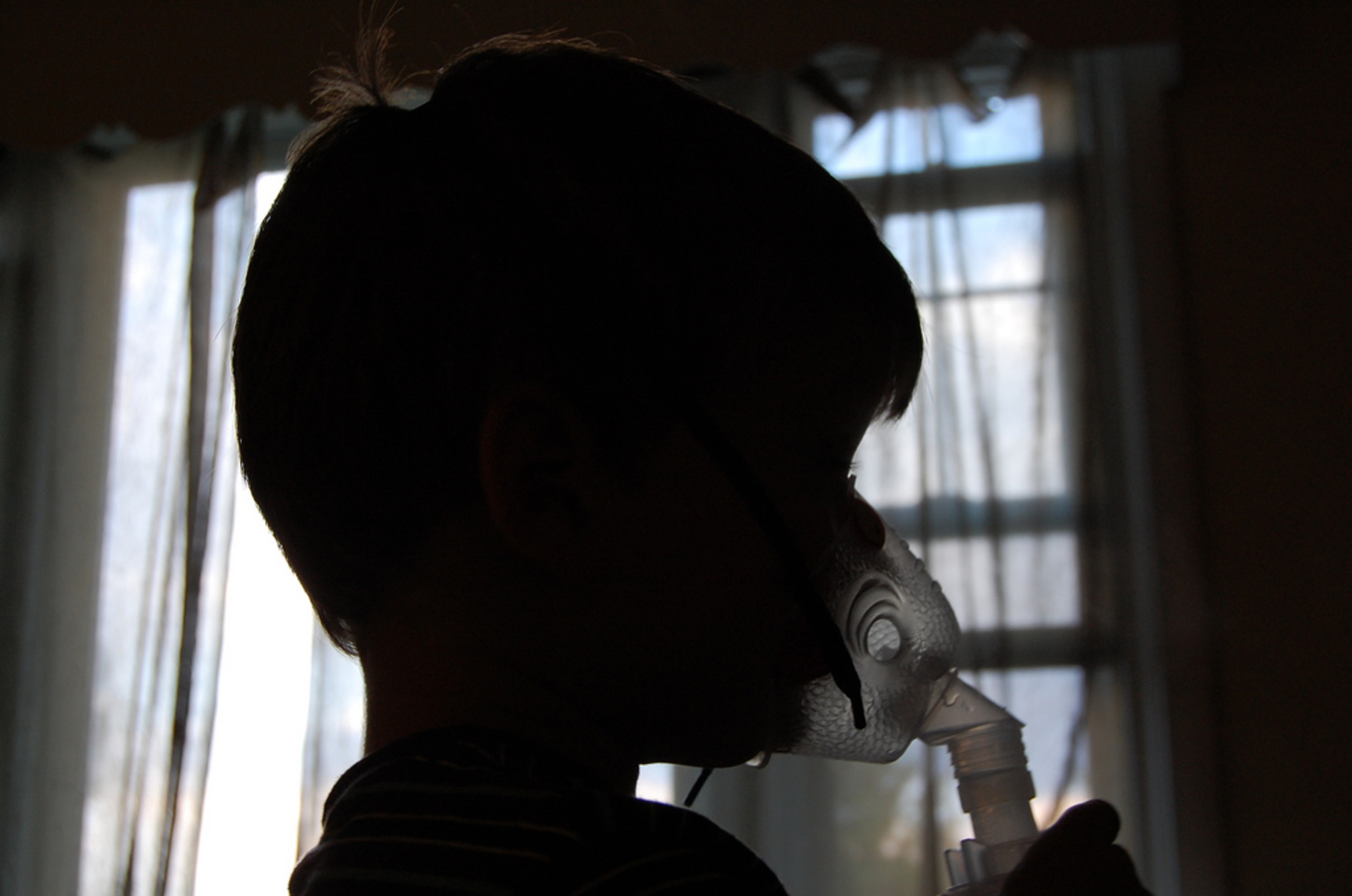 Air pollutants linked to NOx emissions can cause asthma and other respiratory illnesses.KristyFaith

Different methods of calculating the lives lost from the scandal have been discussed in the media. One way of calculating the human toll is to look at populations exposed to more or less pollution and differences in their health. Epidemiologists can derive statistical relationships between pollutant concentrations and health impacts like heart attacks and deaths. Models use this information to estimate the health damage of any given unit of pollution. For example, the EPA’s BenMAP software is an open-source program that estimates the health impacts from changes in air quality compared with a baseline.

An EPA study using BenMAP recently estimated that one ton of on-road NOx can be expected to lead to 0.00085 deaths, based on a commonly-used function associating PM2.5 with mortality rates. That means that for the amount of NOx estimated from the Volkswagen scandal (10,000 to 40,000 tons), we’d expect eight to 34 deaths.

How do regulators assess the economic costs of health impacts?

Many economic researchers have studied how to express health damages from air pollution and other environmental risks in dollar terms. One approach would be to quantify the “cost of illness” — that is, add up the cost of treating an illness as well as the lost work time resulting from that illness. Another approach would be to assess the “willingness to pay,” which incorporates both these direct costs as well as the value people would attribute to the pain and suffering caused by the illness.

While efforts to monetize health impacts can be controversial, the EPA has used the concept of Value of Statistical Life (VSL) to take into account the economic implications of health burdens, which measures people’s willingness to pay in order to avoid risks of dying. The current estimate for VSL, which is adjusted every year, is about $9 million.

How does this number compare?

It’s difficult to attach a precise figure to health damage caused by the Volkswagen scandal. But what we know about NOx in the atmosphere is clear: Every excess ton emitted can have detrimental effects on people’s health, and those illnesses have a cost to individuals and society.

To compare these numbers with another high-profile case, the recent large-scale recall of defective air bags led to eight known deaths. While health impact analysis can’t identify specific affected individuals, the people whose lives were cut short because of Volkswagen’s actions — as well as the numerous others whose health was impaired — are the real victims of this crime.

Any delay on the part of Volkswagen to address this issue costs additional lives each year. The good news is that as soon as these cars are fixed, air pollution and our health will rapidly get better.