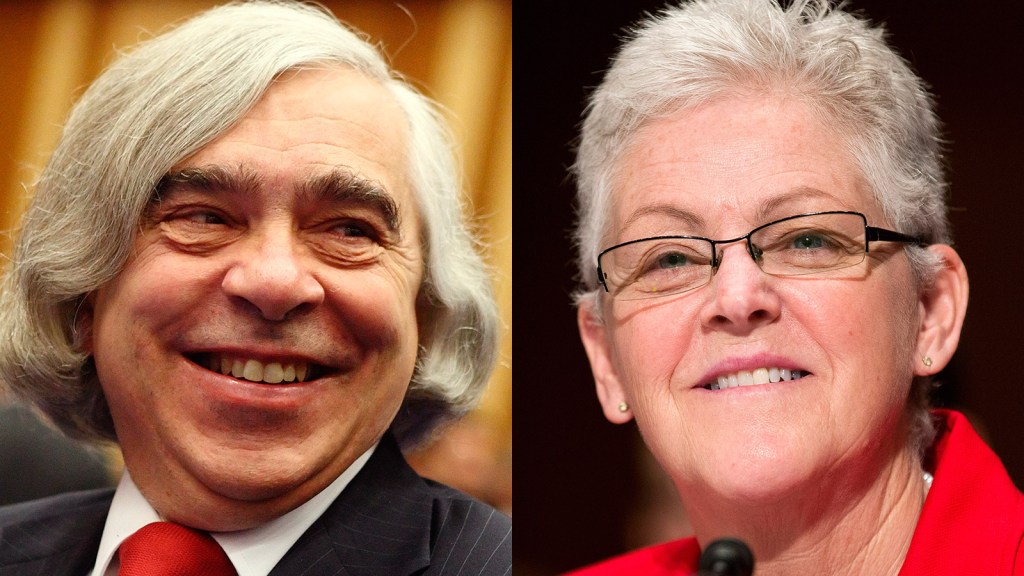 President Obama is talking more and more about climate change these days — and he’s sending two top administration officials to answer your questions about it.

Grist will be moderating a live video chat with Energy Secretary Ernest Moniz and EPA Administrator Gina McCarthy on Monday, May 19, at 10:00 a.m. PT / 1:00 p.m. ET. Submit your questions ahead of time in the comments below, or via Twitter with the hashtag #WHClimateChat. Then tune in on Monday to watch the live chat right here at Grist or on the White House Google+ page.

What has Obama been saying and doing on climate change lately? On May 6, the White House released a big report explaining how global warming is affecting Americans right now, and the president talked it up in appearances with weathercasters. On May 9, Obama announced new initiatives to promote solar energy and energy efficiency, following on the heels of other solar programs introduced last month. Solar panels were installed on the White House last week. (Also, of course, the administration recently delayed a decision on Keystone XL, saying it needs more time to review public comments and resolve uncertainty about the proposed route.)

As The Washington Post wrote last week, “After years of putting other policy priorities first — and dismaying many liberal allies in the process — Obama is now getting into the weeds on climate change and considers it one of the key components of his legacy, according to aides and advisers.”

So if you’ve got questions about the president’s climate agenda, now’s the time to ask. Submit your questions below!