What can a president do to boost renewable energy? A lot 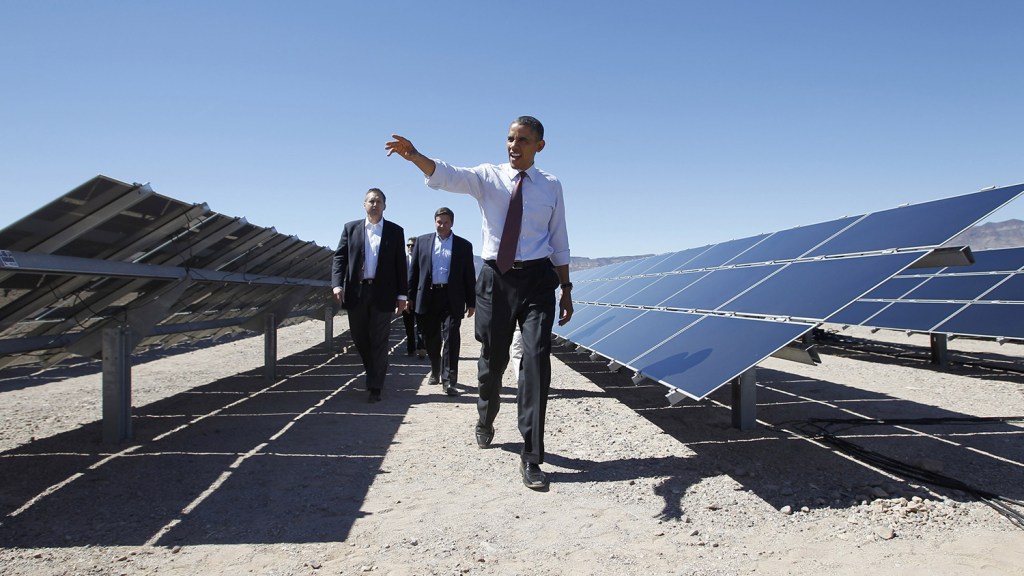 What can a president do to boost renewable energy? A lot

When Hillary Clinton was asked in July whether she would ban fossil fuel extraction on public lands, she said, “not until we’ve got the alternatives in place.”

That may sound reasonable. If we do not have sufficient renewable energy generation capacity (and enough energy efficiency), then we cannot limit our production of fossil fuels, right? But she’s missing a key element here: Limiting the supply of fossil fuels is actually the route to expanded renewable deployment, since driving up the price of fossil fuels shifts consumers towards renewables. This is the economic rationale for cap-and-trade and carbon-tax systems.

And Clinton’s answer was inappropriately passive for another reason: If she actually got the job she’s campaigning for, she would have the power to do a lot to build up renewable capacity — even without cooperation from Congress.

The federal government is a massive landowner, particularly in the expanses of the West that lend themselves to solar and wind energy production. The Bureau of Land Management alone controls more than 260 million acres. And the executive branch has broad authority over public lands management. So public land policy should be at the center of a president’s efforts to transition from the dirty energy economy to a clean one. That not only means restricting the leasing of federal lands for fossil fuel development; it also means using those lands for renewable energy projects.

A recent report by the Center for American Progress (CAP) found that solar, wind, and geothermal projects on federal land provide a better deal for taxpayers than fossil fuel leasing, as well as greater transparency and less negative environmental impact. Clinton vaguely nodded at this in July when she released her renewable energy platform, which promised to “expand renewable energy on public lands, federal buildings, and federally-funded infrastructure.” But it provided no specifics as to how.

Prior to Obama’s presidency, there was little renewable energy and no solar development on federal land. The Obama administration has gotten the ball rolling, granting permits to more than 50 utility-scale renewable energy projects. Last week, Obama announced a few more moves to bolster renewables: The administration will provide $1 billion in new loan guarantees for renewable projects, launch a new program to help homeowners improve energy efficiency, contract with solar companies to provide solar power for housing on more than 40 military bases, and undertake a host of other small initiatives.

But there is more the White House could do to boost renewables, mainly by expanding the renewable leasing program on federal land and offshore. Here are three examples from another new report from CAP.

Those are all steps a president could take unilaterally. A Republican-controlled Congress won’t cooperate on most legislative initiatives to encourage renewable energy development. But there is one possible opportunity for bipartisan progress: making the wind production tax credit permanent. The wind industry has a big presence and strong prospects in a number of red states, so some Republicans support the tax credit. Obama should be pushing for an agreement on it, and if it’s not reached by the end of 2016, the next president should pick up the mantle.

Overall, there’s enormous potential for growth of renewable energy in the U.S., in particular on public land. “In the Southwest there’s no better opportunity for solar, and the federal government has huge lands there,” says David Hayes, coauthor of the CAP report. “The sky’s the limit.”