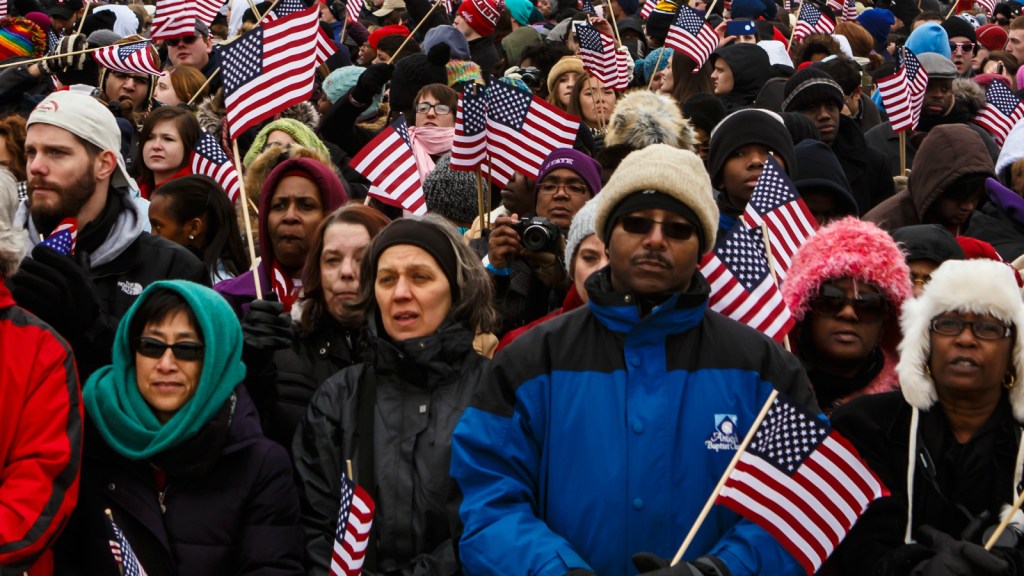 Behold a new set of answers to this thorny social science question, released earlier this week in the journal Nature Climate Change. Or rather, a whole lot of old answers, derived from data assembled over the last eight years: 12 Pew surveys, 3 British polls collected by the U.K. Department of Energy and Climate Change, an International Social Survey conducted across 32 countries, 8 Australian polls, and the Eurobarometer (the thoughts of 30 European nations, gathered by the European Commission). The paper’s authors describe their work as “the first meta-analytic examination of the demographic and psychological correlates of belief in climate change.”

So what did they find out?

There are a whole lot of other ways of thinking of climate change beyond the binary “it is/isn’t happening” (like: climate change is real, but actually good for us). But, in this meta-analysis, the study’s authors didn’t find much of a middle ground when they looked at all of the studies in aggregate. This led them to hypothesize that, on average, belief (or lack of belief) in climate change correlates with political affiliation rather than to some other complex intellectual process that might only have a little bit to do with politics.

Age, ethnicity, income, education, and gender matter a little, but not as much as politics. This meta-analysis looked at data collected from all over the world, and found that, planet-wise, people who believed that climate change is happening tended to be younger, more educated, higher-income, female, and less white — but that, again, none of these factors correlated with belief in the reality of climate change as strongly as political affiliation.

People who actually understand science, rather than think they understand science, are more likely to believe in climate change. Early studies showed that people who believed in climate change and people who didn’t had roughly equivalent levels of scientific understanding. Those studies have been called into question, because they basically let people self-report their awesomeness at understanding science. Later studies have tried to control for that with a few actual science questions, and the meta-analysis did find that people who answered science questions correctly were more likely to believe in climate change.

Also: just liking scientists and thinking that they’re trustworthy was correlated with belief in climate change, whether or not scientific understanding was high.

People who think that the environment is something fragile and needs to be protected are more likely to believe in climate change. A test called the New Ecological Paradigm (NEP) is the tool social scientists commonly use to attempt to quantify concern for the environment. (Test-takers agree or disagree with statements like, “Plants and animals have as much right as humans to exist.”) Unsurprisingly, people who score high for environmental concern on the NEP also tend to believe in climate change.

People who are surrounded by dead trees and who are uncomfortably hot are more likely to say they believe in climate change. As the study puts it:

A set of experimental studies have drawn on the social psychological literature on subliminal priming to examine whether priming people with environmental cues of climate change (for example, turning up the heat in the laboratory; placing dead trees around participants) has an effect on their belief in climate change. The observed link between these inductions and climate change belief are significant, perhaps surprisingly so given their impact is unconscious.

So what is someone interested in talking with people about climate change to do with all this information? I mean, aside from locking the entire world in a hot room with a bunch of dead trees?

The study’s authors recommend this: remember that climate change, whether you like it or not, is a political issue. As they put it, “the data suggest that evidence around climate change is searched, remembered, and assimilated in a way that dovetails with people’s own political loyalties and worldviews.” They also found that even people who believed in climate change grew skittish when talk turned to specific policies to mitigate it.

In other words, it might be time for the social sciences as they relate to climate change to move beyond the question of who thinks that climate change is real and more in the direction of why people feel the way that they do. Actually getting things done could focus less on winning hearts and minds, more on working with people’s existing ideologies, rather than against them. As the study puts it, “Pro-environmental action could be sold as patriotism, ending oil dependence, or investing in ‘green’ technologies.” Science is what helped people understand that climate change was happening in the first place — but actually persuading people to do something about it will be politics all the way.