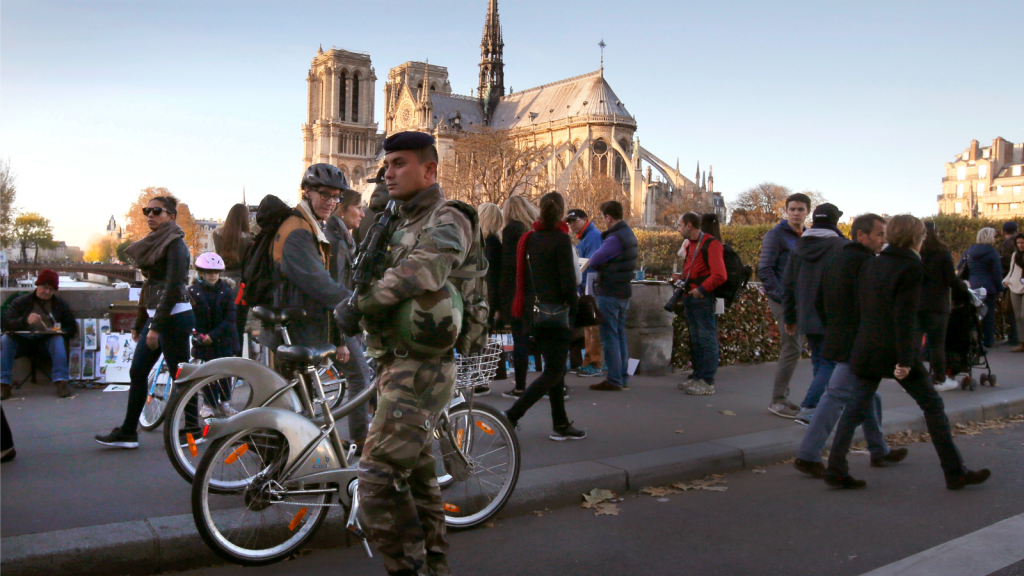 Massive climate rallies in Paris should go ahead as planned: That’s the message activists will take to French authorities during a private meeting scheduled for Tuesday morning, as they double down on plans for large demonstrations during an upcoming global warming summit.

Following Friday night’s terrorist attacks that killed 129 people in Paris, a big question mark has been hanging over which, if any, large protests would be allowed to take place during the high-stakes climate negotiations that are set to begin Nov. 30. But during a hastily convened meeting Monday, climate activist groups resolved to turn out on the streets in large numbers.

“It is absolutely necessary that we make sure civil society actions can happen,” said Juliette Rousseau, a spokesperson for Coalition Climat 21, a major umbrella group backed by American environmental organizations such as 350.org and Avaaz. Coalition Climat 21 is helping to coordinate a major climate march on Nov. 29, as well as various “non-violent direct action” events, including so-called “blockades.” Literature promoting the events calls for protesters to “occupy public space with our disobedient bodies.” On Dec. 12, for example, demonstrators plan to form several human chains around the Place de la République in Paris. Following Friday’s attacks, the Place de la République became the site of spontaneous memorials to the dead and injured.

According to Rousseau, the groups will present their plans to French security officials in a meeting scheduled for Tuesday morning, local time.

Rousseau said via telephone from Paris that the groups are “ready to work on the conditions, and to make sure safety is ensured, but basically we’re moving forward with our plans.” In a statement emailed later, Rousseau’s organization said: “COP21 can not take place without the participation or without the mobilizations of civil society in France.”

The decision to press ahead with original plans, however, seems to be at odds with what the French government has said about events that were intended to coincide with the international climate talks.

“[The summit] will go ahead with reinforced security measures,” French Foreign Minister Laurent Fabius said the day after the attacks. “This is an absolutely necessary step in the battle against climate change and of course it will take place.” But on Monday, French officials appeared to suggest they would block rallies and side events that were scheduled to take place outside the main negotiations. Prime Minister Manuel Valls told RTL radio that “a series of demonstrations planned will not take place and it will be reduced to the negotiations … a lot of concerts and festivities will be canceled.”

In the hours after the attack, Paris police announced on Twitter that all public street events and demonstrations were suspended until further notice. An emergency midnight cabinet meeting granted sweeping security powers to authorities operating in Paris, including the power to “order the temporary closure of places of public assembly like concert halls and theaters,” according to The New York Times. A state of emergency was declared after the attacks on Friday, and now French President Francois Hollande has said parliament should extend that order by three months.

In a message sent Monday afternoon, Nicolas Haeringer, an official with 350.org, stated, “We fully share their concerns about public safety — just as we fully oppose any unnecessary crackdowns on civil liberties and minority populations.”

Alice Jay, campaign director at Avaaz, added that her group had “reaffirmed our commitment to doing all we can to ensure that Paris will join cities around the world in hosting a safe, inspiring and open march on Nov. 29th.”