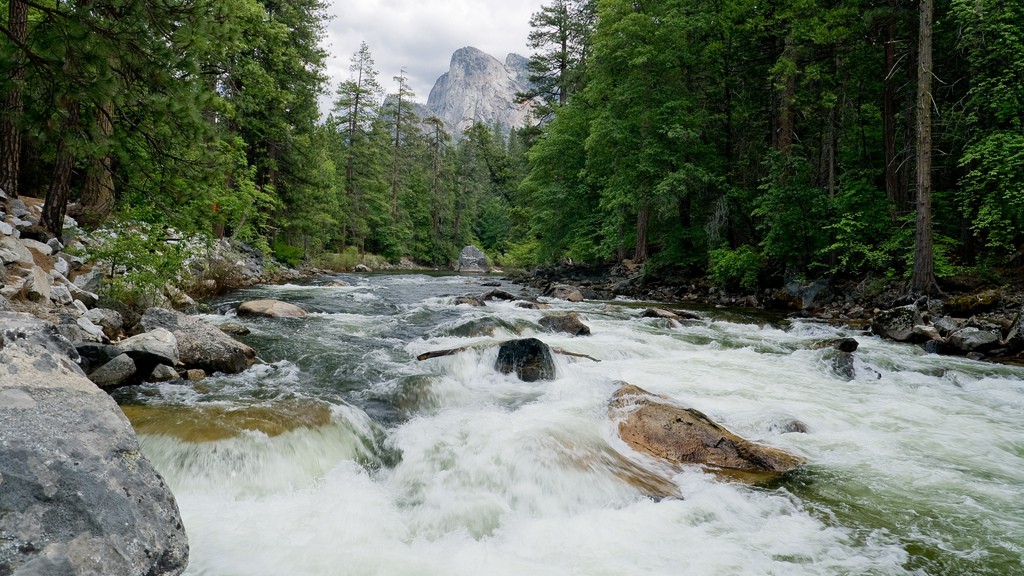 Like lots of people in drought-desiccated California, I have been hustling to educate myself about the power dynamics of water in the state. And so I read this appreciation of California water historian, Norris Hundley Jr., with great interest. It portrays Hundley as the historian whose picture is the most realistic — the one who surveyed the academic skirmishes among his colleagues, and came away with something better.

John Christensen, an environmental writer with too many titles to list here, wrote that appreciation of Hundley. I asked him: If I wanted to read just one book about water in California, should I choose Hundley’s The Great Thirst? His answer: Yep.

Another writer, John Fleck, echoed the endorsement. Fleck points out that, while others have portrayed California’s water shenanigans as the schemes of “a conspiratorial power elite” (Hundley’s words), Hundley delves into the muddled mess of democracy: “a compound of interest-group pressures, local and regional considerations, political trade-offs, and the larger context of American political culture.”

Hundley doesn’t say it, but I read this as an “anti-Cadillac Desert” argument, an argument against Marc Reisner’s grand federalist conspiracy, the great centralized something-ocracy that Donald Worster so elegantly offered up in Rivers of Empire.

I spent a lot of time in the blind alley those two books sent me down, but the Reisner/Worster narrative kept clashing with the messy reality my journalism encountered daily. Donald Pisani, another of the western water historians, makes a similar critique, explicitly, of Reisner and Worster in “The Irrigation District and the Federal Relationship,” an essay published in the 1989 book The Twentieth century West: Historical interpretations.

I wish I’d read Hundley more carefully, and sooner. If Hundley is right – and I think he is – it has important implications for what we do with water policy today.

It sounded like the most nuanced book to read — if not the most exciting (who doesn’t love a grand conspiracy!) — so I ordered it. But when it arrived, I was dismayed: The thing is an 800-page doorstop. I’m not going to try to condense the whole book here. But I do want to share some of the most interesting facts and insights I found myself underlining. (I also plan to go back and read Reisner’s Cadillac Desert to see whether I agree with these critiques of his much-loved book — but that’s for another day.)

A state built of boom

Here’s Hundley on the emergence of modern California in the mid-19th century:

“The population boomed from some 10,000 non-Indians in 1846, to 100,000 three years later [my emphasis — holy smokes!], to nearly 1.5 million by 1900 … Although Hispanic tradition and the long experience with aridity had produced a society stressing the preeminence of community rights and recognizing in government sweeping authority in allocating resources, the newcomers came from a tradition that valued individual rights and minimal government interference.”

This theme runs throughout the book. You have the Jeffersonians, who believe in local control and minimal government, versus the Hamiltonians, who believe in an activist government and centralized authority. The tricky thing for partisans is that these ideologies keep shifting among different groups, and they have different implications depending on where they are applied. Centralized authority means more government control over public water — but it also means public money funding the dams and canals to deliver that water to private businesses.

There just wasn’t enough water to support the instant city created by the Gold Rush and the old Hispanic system “gave way in San Francisco to profit-minded entrepreneurs going door-to-door with their wagons jammed with water barrels for eager customers. By the early 1850s, water was being shipped by barge from Marin County …”

Big Ag dominant from the beginning

“By [1900], 62 percent of the state’s 28 million acres of farmland was in holdings of a thousand acres or more. This pattern of big landholding has persisted into modern times as a distinctive characteristic of California agriculture.”

Back then, “California produced an especially fine variety of hard wheat much prized in world markets. The Central Valley in particular came under sway of wheat barons whose wide and level estates easily accommodated massive gang plows and great steam combines that only their great wealth could afford.”

This wheat was largely dry-farmed, but irrigation was beginning to enter the picture for other crops.

Irrigation and railroads offer a niche for small farmers

Improvements to the refrigerated rail car in the 1870s “meant that high-return specialty crops produced through irrigation — vegetables, grapes, apricots, cherries, oranges, and lemons — could be shipped safely to rapidly growing eastern cities, thus generating profits for farmers on even small holdings of between ten and fifty acres.”

A popular movement promoted irrigation projects: The idea was that irrigation would allow family farmers to break up the big land holdings and develop a more equitable, middle-class society. And they did allow a new class of mid-size to small farmers to rise up around Fresno and down the Central Valley corridor along Highway 99. But irrigation also greatly enriched the big landholders.

The Progressive Era: A shift from localism to statism

Between 1893 and 1933, “Large numbers of working-class voters joined with merchants, businessmen, and professionals of America’s rapidly growing urban middle class to support the Republican party, with its emphasis on activist government — this time government increasingly in the hands of those committed to a thorough overhaul of political and social institutions at all levels.” This Progressive Republican movement would push for big government water projects and reform of laissez-faire water management rules — thought it would only find substantial success with the former.

The water made available from the Colorado River “had a profound psychological effect on city leaders and planners. It obliterated any sense of restraint about Los Angeles’s capacity to absorb ever more people and industries.” But the growth in southern California produced a lot of money. One measure of this economic growth is the fact that “by the late 1980’s the people of urban southern California, through water and power charges, had contributed approximately 76 percent of the $351 million cost, including interest, of constructing and operating Hoover Dam …”

Pacific Gas & Electric as a force for privatization

I was surprised to learn what an influential force PG&E has been in the political battles over water. Because so much of California’s electricity comes from hydropower, water is tied closely to power. Over and over again, PG&E, along with other private power companies, successfully fought attempts to provide the electricity generated by government dams directly to citizens. PG&E secured the rights to distribute all the power from public hydropower, even the power that was needed to run government water-pumping plants. PG&E frequently fought against the provision of public power by calling it socialism.

California and the federal government built a massive double system of reservoirs and canals: First the Central Valley Project (federal, started under Franklin Roosevelt during the Depression), and then the State Water Project (championed by three California governors — Pat Brown, Ronald Reagan, and Jerry Brown).

At first these projects were tied to the old idea that irrigation would aid small farmers, and there was a law that no one with more than 160 acres could receive water. But that law was never stringently enforced; no one was committed enough to the principle to shake up the status quo, and eventually support for the idea dried up. In 1944, a California Democrat in the House of Representatives attacked the 160-acre rule, saying that the government must be stopped from “trying to socialize agriculture and force Communism upon the people of the San Joaquin Valley.” Eventually, the 160-acre rule was nullified.

It seems there are really three Californias when it comes to water issues: The north, which wants to prevent floods and saltwater intrusion into the Sacramento-San Joaquin Delta; the south, which wants high-quality drinking water; and the Central Valley, which wants irrigation water. To build the State Water Project, Pat Brown tried to sell it as providing something to everyone, but he also took it on as his legacy project: “I wanted this to be a monument to me,”he later said.

Both liberals and conservatives embrace localism

The big water projects left the state with a big problem: The Delta was the weak link in the chain. Water flowing from the north to south becomes saline while flowing through the Delta; pumping water through this estuary sucks up fish and pulls salt-water up the rivers, damaging farm-land and the environment. People have been trying to fix these problems since Jerry Brown’s first term as governor in the 1970s. But in an era of suspicion toward the establishment, a coalition from the left and right emerged to oppose big government projects. Both environmentalists and the California Farm Bureau Federation opposed Brown’s plans to build a canal around the Delta.

By moving water around California (and importing it from the Colorado River), the state has moved water from places with plenty of it to places with too little. But it has often moved more water than it should, turning plenty into serious environmental damage.

California’s water projects allowed the Central Valley to bloom — but they did not fundamentally change the distribution of wealth between land barons and middle-class farmers. The water allowed Los Angeles and the rest of the southland to build its powerhouse economy — but also to build a sprawling a commuter’s nightmare. The Great Thirst suggests that, while the state has occasionally embraced Hamiltonian centralized authority to build dams and aqueducts, California also yearns for the Jeffersonian individual, small-is-beautiful ideal.

Hundley ends the book with a plea for the electorate to “abandon those attitudes and institutions that were born of an earlier era when abundance encouraged abuse.” The state has never completely moved past its Gold Rush beginnings — where resources were plentiful and available to the intrepid, where the initiative of the individual was valued over the good of the community. Today’s drought might give us the opportunity, finally, to rebalance that equation.