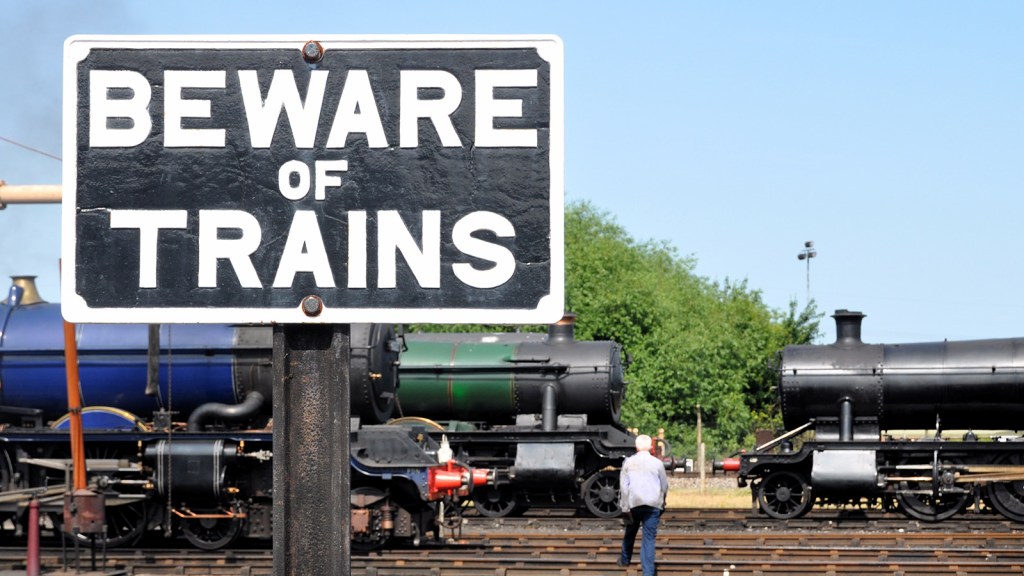 The wheels of railway safety reform may be in motion in Minnesota, but they’ve ground to a halt in Washington state.

Each day, an average of six trains bearing particularly incendiary fracked crude travel through Minnesota’s Twin Cities, rattling the nerves of residents and lawmakers. The main worries are about potential derailments and explosions, but oil spills are also a concern, as evidenced by the recent leak of 12,000 gallons from a moving train in the state’s southeast.

“We have a proliferation of oil trains and pipelines in this state,” Hornstein said in an interview. “This is an unprecedented challenge to the state. We need to have these resources to keep communities safe.”

The legislation grew out of concern that firefighters across the state lack training and specialized equipment to fight a massive fire like the Dec. 30 oil train wreck near Casselton, N.D., in which multiple tank cars exploded and burst into flames.

Meanwhile, in Washington state, bills that would have boosted oil-train safety died last week after Republicans and Democrats couldn’t agree on them and the state legislature adjourned for the year. From the Associated Press:

Several measures to address oil shipments by rail died as lawmakers adjourned the 60-day session, including a resolution calling for tougher federal standards for tank cars and a bill aimed at ensuring that state laws on oil spill response cover oil from Canadian tar sands. …

Three terminals in the Northwest are already receiving crude oil by trains that run through Washington. Other facilities are proposed at the ports of Grays Harbor and Vancouver, and at refineries.

The federal government is also gradually moving forward with efforts to make oil trains safer. Last month, railway operators met with federal regulators and agreed to slow certain oil trains down to 40 miles per hour as they pass through 46 urban areas, starting on July 1. Railway companies also agreed to boost rail inspections and take other steps to improve safety.

But the feds need to be doing a lot more to crack down on railway companies, like requiring them to use sturdier, safer cars — starting yesterday, not next year.