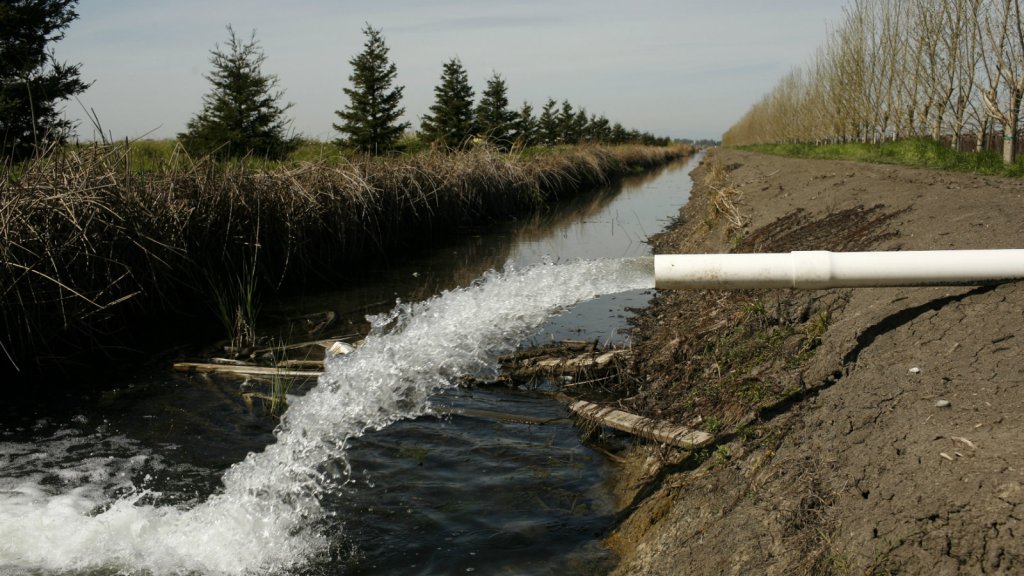 If there’s any hope of preventing California from shriveling into a parched wasteland, the state will have to figure out some simple things first. Namely, how much water it has and where it’s all going.

Shockingly, California isn’t tracking much of its water. It’s like a business that’s opted to fire the accountants and operate under the honor system, using an abacus and semi-annual estimates from middle managers. A new report from the nonpartisan Public Policy Institute of California, known as PPIC, says that the state’s five-year drought has exposed “serious gaps and fragmentation.”

California has the world’s sixth-largest largest economy (just ahead of France), and it runs on water. But unless it settles upon some sensible way of fixing its accounting for water, the state will only be useful for shooting remakes of Dune and Mad Max.

Other states are far ahead it comes to managing water, but the climate demands that California sprint to the front of the pack. The PPIC report shows what must be done. If the state manages to get this right, there’s hope for the rest of the brittle West. I’ve boiled these problems and solutions down to a few main points.

Problem: No one really knows how much water there is, or where it goes.

Only about a third of California’s farm wells have meters measuring how much they are pumping. And when a farmer opens a weir gate to flood a lettuce field, for instance, that’s almost always unmetered.

The state isn’t monitoring a lot of important small streams, and it’s not pulling the riverflow data together at the basin level. You need that data to figure out how to restrict water and protect fish.

What’s being done: A new law says that people taking water from rivers have to measure their flow each month and report the data every year — which still is ridiculously old fashioned. A strong new groundwater law requires local managers to make sure people aren’t depleting aquifers, but that doesn’t necessarily mean those managers will ask people to start installing meters on their pumps.

What should be done: The state should measure the flow from water diversions and wells in real time. It should also measure how much water goes back into rivers, or seeps into the ground after it’s used.

California has attached the right to use water to certain properties. Buy this land you also buy the water right. But if you own a water right that was established before 1914, no one really knows how much water you are entitled to have. There’s another form of water claim, called riparian rights, that isn’t limited to any specific volume. That makes it nearly impossible for state officials to figure out how much you will take, and how much they can ask you to cut back.

The water laws in California are a contradictory muddle and any dispute can turn into decade of litigation — just the opposite of the nimble responsiveness California needs to deal with drought.

What’s being done: Nothing.

What should be done: Clean up the laws to clarify how much water these senior claims get, and empower one authority to act as a referee for disputes.

Problem: The environment is getting screwed

California doesn’t know how much water is required in every ecosystem before fish, birds, and the other species begin to die off catastrophically. As a result, these species are reeling. The drought may have killed the last of the Muir Woods coho salmon last year, and the silvery blue delta smelt is now functionally extinct. In 2015, the number of breeding waterfowl dropped to 46 percent below the long-term average thanks to the drought.

What’s being done: State officials are in the early stages of developing flow temperature and water-quality requirements for some of the important waterways without these standards.

What should be done: It’s not enough for California to know how much water its ecosystems need — the state also has to provide it. In extreme cases, the state can simply take the water from those who hold the rights, but the PPIC report also suggests setting aside money to buy water for environmental uses.

Water markets could help in future droughts by diverting water from places that have plenty to places in need.

What’s being done: California already has a functioning water market, but it’s encumbered by red tape. There are legislative proposals in the statehouse that could make the market work a little better.

What should be done: California should clean up its complicated rules and build a simple online system for trading water like the one Australia has. To make that work, though, the state would have to get all the other accounting right. You can’t have a market if no one is counting the currency.