Why the Koch brothers' war against clean energy is still failing 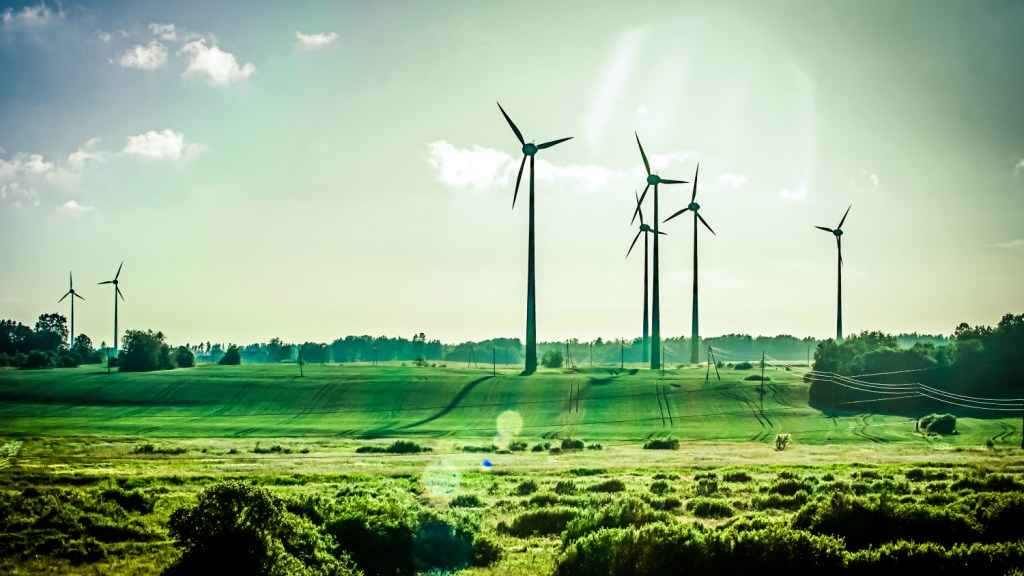 Why the Koch brothers’ war against clean energy is still failing

For the past four years, a set of right-wing advocacy groups, largely funded by the Koch brothers and the fossil fuel industry, has been waging jihad on bipartisan government policies that support renewable energy.

At the federal level this means the tax credits that have been in place for more than 20 years, encouraging the growth of wind, solar, ethanol, and other renewable energy sources.

At the state level, the primary target has been state renewable power standards, known as RPS laws. More than 30 states have adopted such standards, requiring or encouraging their power companies to diversify their fuel supply, develop local resources and local industries, and clean up the environment.

The laws have been adopted in red and blue states, led by Republican and Democratic governors and legislators. They’ve been adopted by regulatory bodies, city councils, cooperative boards, and directly by voters.

Now, with some RPS laws having been in place for more than a decade, the results are in: Renewable energy is growing, local jobs and industries are being created, and it has been difficult to detect any rate increases as a result. In fact, according to the Lawrence Berkeley National Lab, compliance costs for RPS laws were an average of 1 percent of retail electricity rates across the 24 states they studied.

It’s hard to think of a policy that’s more popular with the public. Even utilities have made their peace with RPS laws. Jim Rogers, former CEO of Duke Energy, opposed rollback efforts in North Carolina in 2013. “Personally I support the renewable energy portfolio standard,” he said.

But this kind of success story rubs some people the wrong way, like H. Sterling Burnett of the Heartland Institute. Renewable energy laws are basically the devil, he says, created by “environmental lobbyists with a hatred for capitalism and fossil fuels that make modern society possible” along with “crony socialists and government elitists.”

Heartland and its allies started a coordinated effort in 2011 to stop the growth of clean energy. The cast has evolved, but has included the American Legislative Exchange Council, Grover Norquist, the Koch-backed group Americans for Prosperity, and members of the State Policy Network, a chain of state-level imitations of the Heritage Institute.

I like to call it the Koch Machine: The Koch brothers put in the money and out pops propaganda and corrupt politicians.

Most of their efforts to stymie clean energy have failed. Even the handful of “victories” that they claim are actually failures in disguise — a point most media reports have missed.

Granted, they did have some success in Ohio last year, winning a bill that pauses increases in the state’s RPS for two years while legislators study the issue. Though, to be honest, the heavy lifting to push that bill through was done by First Energy, the Akron-based mega-utility, not by the Koch Machine.

More recently, the gang has had to resort to some ridiculous media spin and cut some ludicrous deals in order to save face.

In January, the West Virginia legislature repealed the state’s Alternative and Renewable Energy Portfolio Standard, a law adopted in 2009 that was intended to diversify their fuel supply. But the 25 percent “mandate” was so meaningless it begged the question of why it existed in the first place. It required the use of every kind of power generation except old-fashioned sub-critical coal plants. That meant coal burned in newer supercritical plants, natural gas, nuclear, tire burning, and existing 50-year-old hydroelectric plants all counted — and they already made up more than two-thirds of supply.

“We’re the only state that has an alternative portfolio standard that would be met with 100 percent coal,” boasted Jeff Herholdt, director of the West Virginia Division of Energy, in 2013.

West Virginia Gov. Earl Ray Tomblin (D) simply shrugged when the bill came to his desk. “I don’t think it’s going to make a big difference if the bill is repealed,” he said.

Nonetheless, the Koch Machine went into spin cycle. “One can only hope other states follow West Virginia’s sensible lead,” said our man Burnett in a Heartland news release.

The latest example is in Kansas, where (full disclosure) I’ve been working with the local energy advocate the Climate + Energy Project on an organizational development plan. During my visits to Kansas, I’ve gotten an earful about the latest developments.

This week a deal was struck between the wind industry, Americans for Prosperity (AFP), and the state Chamber of Commerce, brokered by Gov. Sam Brownback (R) and legislative leaders.

The deal, which still needs to pass the legislature, would change the state’s 20-percent-by-2020 RPS requirement to a voluntary goal. In exchange, the legislature would drop a proposed excise tax on wind power and maintain a property tax exemption.

Dropping the mandatory RPS might sound bad, but in reality it won’t make any difference. Regulated utilities have already exceeded the mandate for 2020, according to data from the Kansas Corporation Commission. The state as a whole gets 21.7 percent of its power from 3,000 megawatts of wind, with an additional 1,273 megawatts under construction or contract.

So why bother setting a 20 percent goal for 2020 when the state is already at 21.7 percent? Isn’t that a little silly?

AFP and the Chamber have been trying for four years to repeal the RPS, losing each time. Wind power has created too many benefits for western Kansas, as a $7 billion investment pays out $16 million in lease payments to farmers each year and more than $13 million in payments in lieu of taxes (PILOT), according to Polsinelli, a Kansas City law firm. (PILOT payments are what wind farms pay to counties instead of a property tax.) The state’s booming wind industry also helped attract a Siemens wind turbine manufacturing plant to Hutchinson in central Kansas.

A coalition of happy farmers, county commissioners, local chambers of commerce, and economic development officials — all Republicans, of course — refused to go along with the plan to stop one of the few bright spots in a declining rural economy.

But with Koch Industries, headquartered in Wichita, making RPS repeal a top priority, it became uncomfortable for politicians in Topeka. They were eager to get the issue settled to make their biggest political patron happy.

In the end, a tax deal offered a way out. In 2012, the Kansas legislature famously whacked its state income tax, eliminating it entirely for “job creators,” in a real-world application of trickle-down economic theory. But the job creators didn’t create, and state revenues collapsed, creating a budget crisis.

As the legislature desperately looked around for budgets to cut and taxes to raise, their eye fell on the wind industry. Legislators proposed eliminating a property tax exemption — retroactively, making wind farms pay for past years of taxes — and imposing a new excise tax, even on contracts already negotiated and signed. By the business-friendly standards of Kansas Republicans, this was shocking behavior, and it wasn’t clear that the tax changes would pass.

The wind industry saw an opportunity. In exchange for legislators dropping the proposed tax increases that might not pass, the industry would give up a mandate that was already fully met. AFP and the Chamber would save face, the Kochs would be appeased, and the wind industry would go on selling highly affordable wind power to utilities, who are already planning how to meet new EPA power plant regulations.

The next pretend victory may be in Texas, where the state Senate has already agreed to repeal the state’s 1999 RPS. Signed by then-Gov. George W. Bush, the 5,880-megawatt mandate spurred an explosion of wind development. In 2005, it was increased to the unheard-of level of 10,000 megawatts by 2025, a real stretch goal.

Lo and behold, Texas now has 13,000 megawatts of wind providing more than 10 percent of the state’s power. Thanks to new transmission lines, another 9,000 megawatts is under construction.

So again, why repeal a mandate that was surpassed a long time ago? The main theory around Austin is that it will appease the Koch Machine and the Tea Party minority and insulate Republican legislators from primary challenges. Throw them a bone, even though the change would have no effect on wind development.

Bottom line: RPS laws are being met ahead of schedule, with essentially no rate impact, creating jobs, clean air, and rural prosperity. Half a dozen states are in the process of expanding and extending them, including Hawaii (100 percent!) and California (50 percent!). The little progress being made to repeal them is just absurd political theater.

The Koch Machine will spin it differently, but the truth is they lost even in the home state of Koch Industries. Pretty embarrassing.