Will the USDA weaken dietary guidelines to please the meat industry? 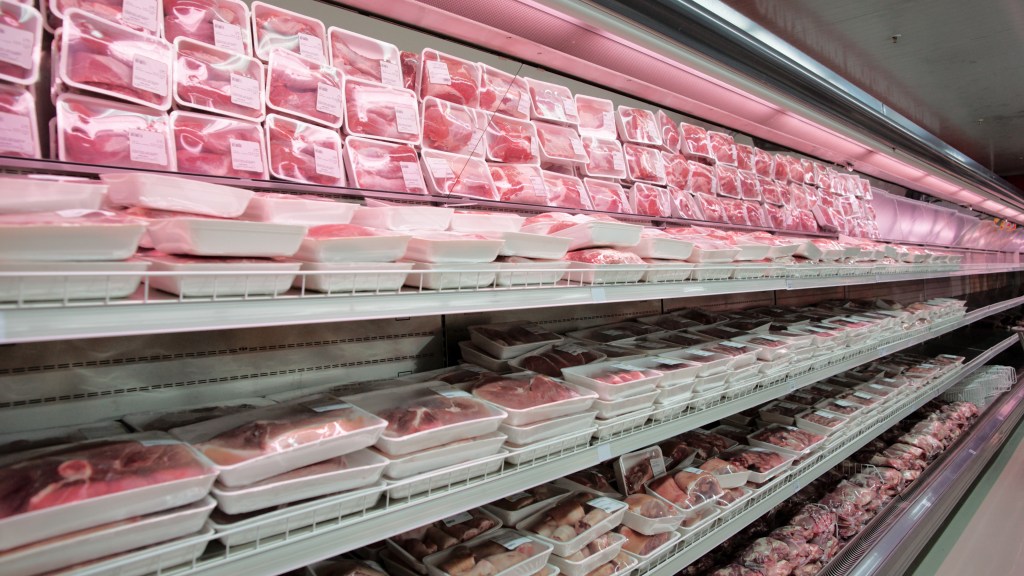 Will the USDA weaken dietary guidelines to please the meat industry?

Should the new dietary guidelines — the advice the federal government issues every five years on what constitutes a healthy diet — include recommendations about what makes for a healthy planet? The meat industry sure doesn’t think so.

The industry started flipping out when it saw some of the language in the dietary guidelines Advisory Committee’s February report: “Consistent evidence indicates that, in general, a dietary pattern that is higher in plant-based foods … and lower in animal-based foods is more health promoting and is associated with a lesser environmental impact (GHG emissions and energy, land, and water use) than is the current average U.S. diet.”

1) That the committee’s scientists dared to comment on environmental sustainability issues in a nutrition report.

2) That the report said (elsewhere) that a healthy diet should be lower in red and processed meats.

The North American Meat Institute, a massive trade association, retaliated this week with a “Hands Off My Hot Dog” petition on Change.org, a flurry of tweets about saving the Ruben sandwich, and this short film, starring plastic-wrapped packages of raw beef:

The film focuses on the health merits of meat, arguing that it trumps other foods because, unlike plants, “Animal proteins are considered complete proteins, or ideal proteins.” Never mind that plenty of other accessible and cheap vegetarian foods, including rice and beans, or buckwheat, also provide complete proteins.

But the video does not try to refute the notion that meat’s environmental footprint is cause for concern — the U.N. argues, for instance, that livestock produce 14.5 percent of global greenhouse gas emissions. The dietary guidelines’ committee points out that producing one calorie of beef requires 18 times as much fuel as producing one calorie of grain.

It’s no coincidence that the committee chose to flag the carbon footprint of our food: The guidelines are ultimately about people’s relationship with food, and the deterioration of the environment’s health is a blow to our food security. “Meeting current and future food needs,” the committee notes, will depend on changing the way people eat and developing agricultural and production practices “that reduce environmental impacts and conserve resources.”

So will the dietary guidelines retain this responsible language when they are officially published this fall by the departments of Health and Human Services and Agriculture? On March 11, Secretary of Agriculture Tom Vilsack said that he could not rule out the chance that the final version will mention sustainability, but he implied that he would steer clear of doling out environmental advice. He told the Wall Street Journal: “Our job ultimately is to formulate dietary and nutrition guidelines. And I emphasize dietary and nutrition because that’s what the law says. I think it’s my responsibility to follow the law.”

The law or the money? The AP has reported that meat processing and livestock industries spent $7 million on lobbying and donated $5 million to members of Congress during the last election cycle.