Yes, we can beat climate change -- but it will take massive international government coordination 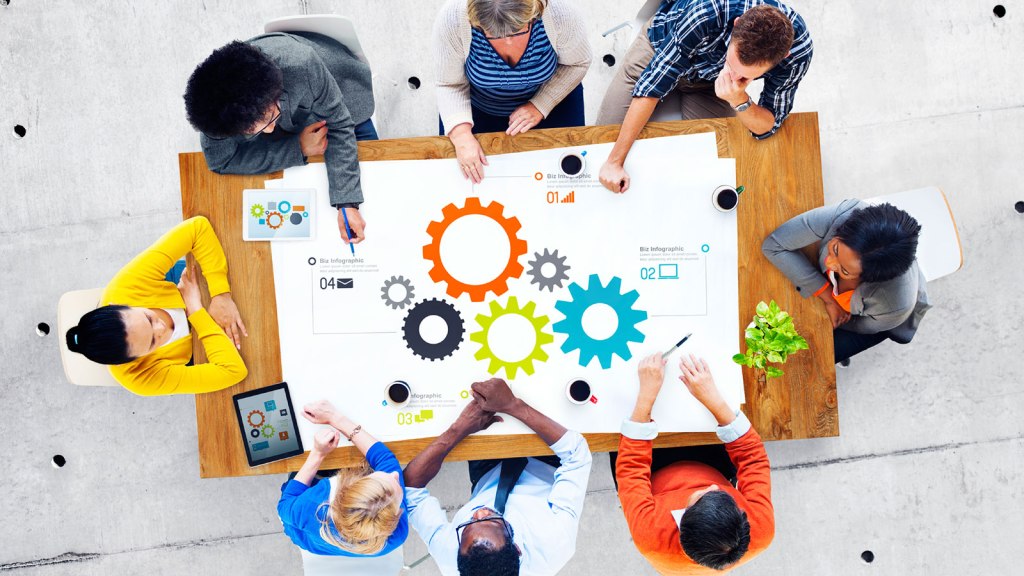 Yes, we can beat climate change — but it will take massive international government coordination

One of my recurring obsessions over the years has been the enormous difference between reducing carbon emissions and reducing carbon emissions enough. There are thousands of ways to reduce emissions relative to a business-as-usual baseline, many of which are relatively painless. But reducing emissions enough to limit temperature rise to 2 degrees Celsius — the agreed-upon international target — is another matter entirely. Plenty of policies and strategies can achieve the former but not the latter.

It’s troubling how often this distinction is elided, especially in politics, where people talk as though reducing emissions at all, or even growing emissions more slowly, is a sign of success on climate change.

That’s why, to my mind, some of the most important work in the world is being done at the Deep Decarbonization Pathway Project (DDPP). Convened by the Sustainable Development Solutions Network and the Institute for Sustainable Development and International Relations, it consists of 15 research teams, one for each high-emitting country, each charged with developing concrete, detailed pathways by which its respective country could reduce emissions enough to meet the 2C goal.

It is, as far as I’m aware, the only comprehensive attempt to “backcast” emissions pathways — i.e., to start with the 2C limit and work backward from there to policies and technologies. It’s a little crazy that more of this kind of work hasn’t been done, given how much lip service 2C gets in international politics. There have been many aggregated, global models for hitting 2C, but those models wash out important national differences and thus provide little guidance for policymakers.

By contrast, the deep decarbonization pathways (DDPs) developed by each of the country groups “take into account country-specific infrastructure stocks and natural resource endowments” as well as “the systemic implications and the inherent gradual pace of changing technology, infrastructure, and capital stocks within countries.” It’s a level of detail that can’t be matched by aggregate global models.

The U.S. research group just came out with its preliminary technical report, which I’m going to discuss in my next post, but first I want to say a few things about the broader project, which is helpfully summarized in the executive summary of DDPP’s 2014 report.

First and most importantly, the team at DDPP believes that meeting the 2C target is possible. Not only that, but it can be achieved while continuing to reduce poverty. Socioeconomic development and deep decarbonization “form two sides of the same coin.” Neither is ultimately possible without the other.

However — and this is the point I most want to emphasize — it cannot be done through “market mechanisms.” It has become vogue in advanced democracies, particularly the U.S., to favor market-based policies and to look unfavorably on government planning and intervention, derided as “picking winners.”

But there is no way — No. Way. — to achieve deep global decarbonization without such planning and coordination. (As I put it last year, there is no serious conservative solution to climate change.) I’m going to quote the report on this point at length, because it’s important:

The Country Research Partners underscore that successful implementation of national DDPs depends on “directed technological change” — that is technological change that is propelled through an organized, sustained, and funded effort engaging government, academia, and business with targeted technological outcomes in mind. No Country Research Team was comfortable assuming that their country alone could develop the requisite low-carbon technologies. Likewise, market forces alone will not be sufficient to promote the required RDD&D [research, development, demonstration, and diffusion] at the right scale, timing, and coordination across economies and sectors— even when these market forces are guided by potential large profits from the generation of new intellectual property. Technological success will therefore require a globally collaborative effort in technology development, built on technology roadmaps for each of the key, pre-commercial low-carbon technologies.

Directed technological change should not be conceived as picking winners, but as making sure the market has enough winners to pick from to achieve cost-effective low-carbon outcomes. [emphasis in original]

Despite the fantasies of economists (and economist wannabes), it will never be enough to tweak a few economic parameters and hope the market works its magic. If we want to reduce and eventually eliminate carbon from our economies, we will have to do so consciously, in a structured, goal-directed way.

What would such a coordinated strategy look like? Well, it’s pretty daunting. The report is clear that achieving 2C pathways is possible only given the following assumptions:

* All countries take strong, early, and coordinated actions to achieve deep decarbonization.
* All countries adopt adequate nationally appropriate policies, regulations, and incentives.
* Financial flows are redirected from high-carbon to low-carbon portfolios and projects.
* Financial support is provided to developing countries as they appropriately require financial support to implement mitigation policies and finance low-carbon investments.
* Low-carbon technologies become available and affordable to all countries, for example through a technology cooperation mechanism and fund, which shares equitably the costs and benefits across countries.

These are substantial assumptions, to say the very least. Every one pushes directly against longstanding forces of political economy. In the real world, powerful status quo incumbents tend to bend policy to their interests. It would require only mild cynicism to look at this list and conclude that the difference between it and “impossible” is rhetorical. But this is tantamount to saying, “we can only solve this problem if we get our sh*t together,” which I guess everybody knows.

The most interesting assumption is the last one. In these DDPs, every country is able to decarbonize quickly and deeply because clean energy technologies are quickly developed and shared. Here are the assumptions regarding tech diffusion (all country-specific DDPs are based on these):

* There will be sufficient global RDD&D and international cooperation to make all the relevant pre-commercial low-carbon technologies commercially available in a timely and scaled manner.
* Critical low-carbon technologies will become affordable and cost-competitive with their high carbon alternatives, taking into account the social cost of carbon imposed by means of carbon pricing, which may differ across countries.
* Low-carbon technologies become available and affordable to all countries, for example through a technology cooperation mechanism and fund, which shares equitably the costs and benefits across countries.
* Technology diffusion will be actively supported.

Again: These are substantial assumptions! They would require a degree of openness in trade, copyright, and international aid that wealthy nations have not displayed to date.

With those assumptions in the background, all DDPs proceed through three common families of solutions (though the details differ from country to country):

Anyway, so, that’s the DDPP. Long story short: Deep global decarbonization is possible, but only if we consciously decide to do it, pull our collective sh*t together, and get to (cooperative) work.

Currently the project is releasing preliminary technical DDPs for individual countries. (I’ll discuss the U.S. report in my next post.) Next year, they will roll out more substantial reports that take into account social and economic costs and benefits, and get more into the kind of policies and politics necessary to drive the change.

In a sane world, this work would be followed breathlessly by every political and civic group on the planet. In our stupid world, however, there’s been virtually no attention to it, especially in U.S. media. So pay attention, dangit.