Climate change threatens the economy. Here’s what regulators can do right now. 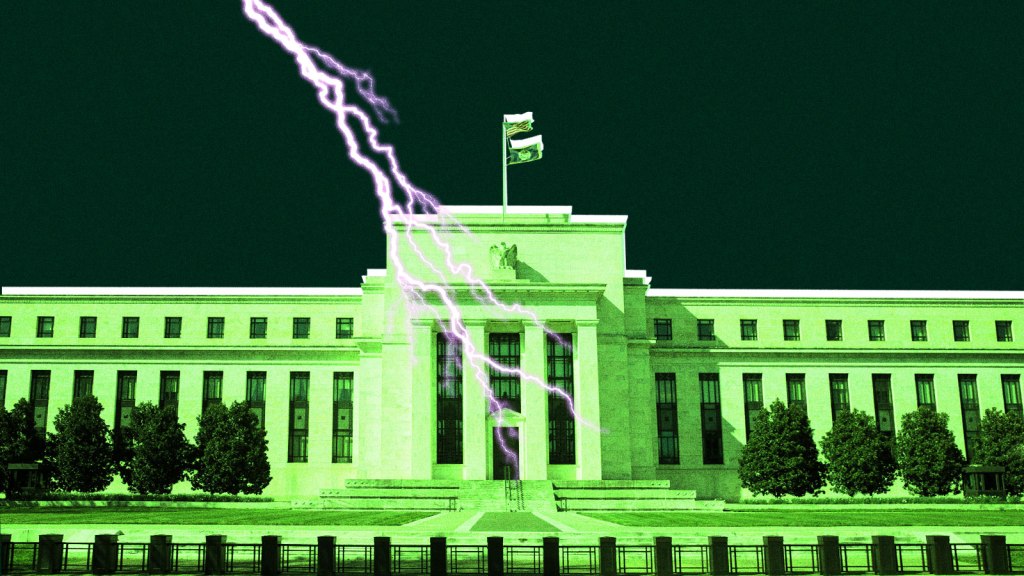 Climate change threatens the economy. Here’s what regulators can do right now.

Many of the economic risks of climate change are already crystal clear, and yet financial markets have yet to take them into account. That dangerous disconnect is the impetus behind a new report out on Monday from the sustainable finance nonprofit Ceres.

“U.S. financial regulators, who are responsible for protecting the stability and competitiveness of the U.S. economy, need to recognize and act on climate change as a systemic risk,” the report says. It calls on financial regulators across seven federal agencies as well as state agencies to do so, offering more than 50 recommendations that the authors believe are under the purview of regulators today, without the need for any additional legislation.

The report highlights three ways climate change is a systemic risk to financial markets. There are the physical risks of a warming planet — droughts, wildfires, and more frequent and intense storms will cause direct economic losses. This reality is already abundantly clear: The 2017 hurricane season caused $58 to $63 billion in damages in Florida alone. In 2018, wildfires in California burned up $12 billion in insured losses and led to the bankruptcy of the state’s largest utility, which took criminal responsibility for starting one of the fires.

Then there are socioeconomic risks, which are manifold. Industries that rely on physical outdoor labor, like agriculture and construction, will see productivity losses as temperatures rise. Economies that rely on tourism could be hurt by not only the physical risks outlined above but also by biodiversity loss. Higher temperatures will come with significant health impacts, including respiratory issues, premature deaths, and the spread of disease as carriers like mosquitos move into new habitats.

The third category is transition risk — the idea that the transition to a carbon-neutral economy is inevitable, and that companies in denial about that are setting themselves up to lose money. Transition risk includes possibilities like a carbon tax, changes in consumer sentiment, or the loss of investments in fossil fuel assets with long lifespans, like pipelines, that could end up out of commission before they are paid off.

The report calls on the Federal Reserve System, the Securities and Exchange Commission (SEC), the Commodity Futures Trading Commission, the Housing Finance Authority, and insurance regulators, among other financial regulatory bodies, to first and foremost acknowledge that climate change poses a systemic risk to financial market stability. Veena Ramani, Ceres’ senior program director for capital markets systems, said in a press call that once these agencies publicly affirm this fact, that will mean acknowledging that it’s within their mandate to address climate risks in their rulemaking.

So what might that look like? Ceres’ recommendations for regulatory agencies include doing deeper research on how climate change will affect the economic stability of the U.S. Regulators could also require banks and insurance companies to integrate climate change into their “stress tests” — analyses of how well an entity can withstand a financial crisis — and to reflect the costs of climate change in their decision making. The report also recommends that regulators encourage corporate transparency about climate risk — something that the SEC actually issued guidance on a decade ago, but then promptly eased up on enforcing. The SEC’s Division of Corporation Finance sent 49 comment letters to companies about their climate risk disclosures in 2010, but has sent only six such letters over the last four years.

Finally, the report advocates for financial regulators to require that banks disclose the carbon emissions from their lending and investment activities, and define which activities will make climate change worse and which will help mitigate the systemic risks posed by the crisis — and then reorient capital toward those solutions.

Many of the recommendations made in the report have already been implemented in other countries. For example, late last year, the Bank of England announced it would subject U.K. banks and insurers to climate resilience stress tests. Just this past Friday, the E.U.’s top banking regulator, the European Banking Authority, issued new guidelines that require banks to incorporate climate risks into their credit policies. The guidelines also say that banks should assess whether borrowers could be found responsible for contributing to global warming. They cite a European Commission report from 2018 that found that “close to 50% of the exposure of euro area institutions to risk is directly or indirectly linked to risks stemming from climate change.”

Also on Friday, the International Monetary Fund published a new chapter of its latest global financial stability report calling for climate risk to become a part of international reporting standards. The chapter highlights how little of an impact known risks like extreme weather events have had on markets.

In a press call about the Ceres report, Senator Sheldon Whitehouse of Rhode Island said that industries are finally awakening to the fact that climate change is not just a public relations issue. “This is something for their risk managers, this is something for their chief executives,” he said. “Whether you’re in agriculture, or insurance, or banking, or investment, these are dire warnings pointing right at the heart of your business.”