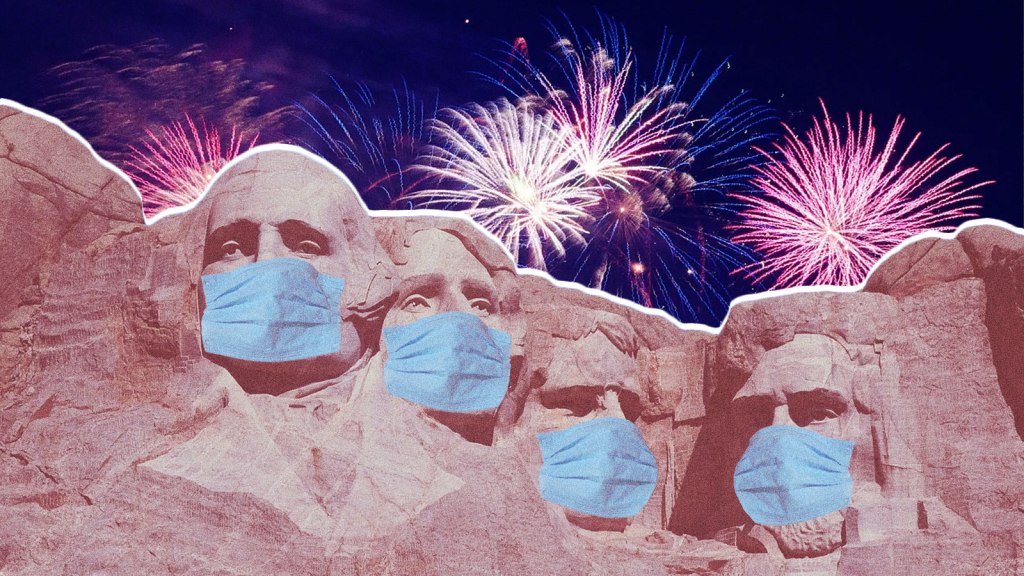 Grist
blowin' in the wind

The coronavirus may have canceled many of this weekend’s organized Fourth of July fireworks displays, but that doesn’t mean people aren’t celebrating at home. Roadside fireworks stands are seeing an explosion of business, and firework complaints are cropping up across the country. In Boston, police calls regarding illegal fireworks were 23 times higher this year compared to last year — and that was in May. In New York in the first few weeks of June, such calls were up 236 times over the same period last year.

Bill Weimer, vice president of the retailer Phantom Fireworks, says he’s been “knocked over” by this season’s booming fireworks sales. “The demand and the business we’ve seen so far has been the strongest early fireworks season I’ve seen in my years of involvement in the fireworks business,” he told CNN.

The immediate dangers from exploding fireworks — injury and fires — are high on many public officials’ minds. But as the Fourth draws near and Independence Day partygoers snatch up the nation’s supply of sparklers, StarFires, and Raging Zombies, health experts have pointed to another troubling side effect of the pyrotechnics displays: a spike in air pollution.

This week, a new study published in the journal Particle and Fibre Toxicology adds to the layers of concern. Not only is particulate matter bad in general, but the study found that the emissions from fireworks may pose unique health risks. After collecting particulate matter released by 12 types of commercially available fireworks, the study’s authors found high levels of toxic metals like copper and strontium in five of them.

Most of these metals are technically allowed in fireworks, said Terry Gordon, the lead author of the study and a professor of environmental medicine at NYU Langone Health. In fact, those metals are responsible for producing the fireworks’ vivid colors. But that doesn’t mean people should be inhaling them.

Krystal Pollitt, an environmental health scientist at the Yale School of Medicine who was not involved with the new study, says that when people breathe in metal particles like the ones let off by fireworks, it can cause cells to experience “oxidative stress.” This disrupts normal cellular signaling and metabolic processes and, if left unchecked, it can lead to cell damage and even cell death.

“Oxidative stress is a mechanism that underlies a lot of different diseases,” Pollitt told Grist, including a number of respiratory conditions. It is also implicated in kidney and liver failure, as well as neurodegenerative diseases like Parkinson’s.

Gordon and his team were looking for signs of oxidative stress — and that’s what they found when they exposed human lung cells in a lab to the metal-containing particulate matter from the fireworks. Some types of fireworks, like the so-called “Saturn Battery 1,” caused a stronger reaction than others. Meanwhile, cells that were exposed to a control sample of black carbon — a common and relatively innocuous component of particulate matter —showed no signs of oxidative stress.

The researchers later confirmed the damaging effects of the particulate matter in live cells by conducting an experiment on mice. After injecting a subset of the fireworks particles into the mice’s lungs, they found that the particles with higher concentrations of toxic metals caused greater inflammation.

Gordon said he was most surprised to find that emissions from two of the fireworks contained dangerous levels of lead, despite the fact that lead is not allowed in consumer fireworks. One type of firework, called the “Black Cuckoo,” produced particulate matter with lead concentrations greater than 40,000 parts per million.

“That means it was 4 percent lead, which is outrageous,” Gordon told Grist. Even though the industry says it follows rigorous testing procedures to prevent this kind of contamination, he added, either regulators or manufacturers appear to be failing to keep it out of consumer fireworks. “To me, it’s almost criminal activity,” he said.

The American Pyrotechnics Association, an industry group, expressed concern about the fireworks’ metal content, saying the contaminated products should not have gotten past routine regulatory testing. “All consumer fireworks imported into the U.S. are prohibited from containing any form of lead,” the group’s executive director Julie Heckman told Grist. However, she added that the study did not provide detailed information on the fireworks or their manufacturers, making it difficult to determine where the oversight occurred.

Though Gordon’s study focused on small-scale fireworks displays — the kind you might have in your backyard — he said his results raise questions about the safety of larger shows. Gordon suspects that big firecrackers use many of the same chemicals as the little guys, and big displays produce much greater amounts of particulate matter. Plus, air pollution from big celebrations can blanket urban areas and linger for days.

Although some of the largest Fourth of July fireworks shows won’t be happening this year — events in New Orleans, Orlando, Minneapolis, most of southern California, and elsewhere have been canceled — others are plowing ahead. Macy’s NYC fireworks show, the largest pyrotechnics display in the country, is going on as a series of short, unannounced displays to prevent crowding. And after a 10-year moratorium on pyrotechnics at Mount Rushmore due to fire danger, the Trump administration is planning to bring “THE BIG FIREWORKS” back to the national monument, along with an anticipated crowd of 7,500 people.

These events raise obvious concerns about spreading the coronavirus through person-to-person contact, but the danger posed by pollution remains unclear without more research on the population-wide toxicological effects of exposure to firework-generated particulate matter.

“We don’t know what the risks could be,” Gordon said, calling for more research. But until we know more, he says it could be worth it to investigate alternative ways of celebrating Independence Day. Laser shows, he noted, are bright and colorful without the toxic emissions.

For the time being, he recommends that viewers exercise caution, whether they’re staying home to detonate a Lava Blaster or heading to a big pyrotechnics show. “If I’m in a fireworks celebration and the wind’s blowing right at my family and me,” he told Grist. “I’m not a happy camper.”