The asthma attack that killed Anibal Dones Torres came in the inky darkness of night.

Hours after he and his family went to bed on February 9, 2018, the 54-year-old awoke gasping for air. He had suffered from asthma since childhood, and his nebulizer was always nearby. But Hurricane María destroyed Puerto Rico’s electrical grid just five months earlier, leaving his home in the eastern mountain town of San Lorenzo with no power.

“He told me, ‘My God, help me,’” his sister, Ramonita Dones, recalled on a sunny afternoon earlier this year. “You could see how desperate he was.”

By the time the family got their generator running and fitted the breathing machine to his mouth, Anibal’s lungs were so constricted the oxygen wasn’t working. The outage weakened cell phone signals, too, and calls to 911 kept dropping. When the ambulance finally came, it was too late.

Puerto Rico Electric Power Authority, the state-owned power monopoly, has awarded $4.4 billion in contracts to companies hired to repair the extensive damage to the island’s aging electrical grid. But outages are an enduring and lethal fact of life in Puerto Rico, where the grid remains fragile. An earthquake in January 2020 plunged the island into darkness once again, and now they are looking at a hurricane season forecast to be one of the most active in years.

A joint analysis by HuffPost and NBCLX finds that the vast majority of grid reconstruction-related contracts have gone to American firms, including fossil fuel companies, construction firms connected to the Trump administration, and consultants such as former Republican governor of New Jersey, Chris Christie. Of the publicly available information on deals awarded since 2017, mainland U.S. contractors received roughly 84 percent, totaling $3.7 billion.

PREPA, meanwhile, is currently hammering out a deal to hand over control of the electrical distribution system for 15 years to a trio of private operators: Houston-based grid manager Quanta Services, North Carolina-headquartered disaster response firm IEM, and ATCO Ltd., a gas firm based in Calgary, Canada. That contract has not yet been released.

The share of contracts directed to companies outside the United States’ largest territorial possession is not necessarily surprising. But the finding raises new questions about who is benefiting most from Puerto Rico’s rebuilding process, stoking century-old tensions over the colonial relationship between the United States and its largest territorial possession, whose decades-long debt crisis spurred ongoing and brutal austerity cuts.

Workers have borne the brunt of those economic sacrifices, and they — and their unions — say they could do PREPA’s repair work for much less money.

“I think the U.S. is seeing Puerto Rico like a business base to secure its gains at the expense of the Puerto Rican people,” said Ángel Figueroa Jaramillo, the head of the Unión de Trabajadores de la Industria Eléctrica y Riego, which represents the island’s utility workers.

Controversies over PREPA’s contracts began just months after the hurricane, when the utility awarded a $300 million contract to Whitefish Energy Holdings, a tiny Montana firm with ties to then-Interior Secretary Ryan Zinke, which months earlier had been on shaky financial grounds. PREPA quickly canceled the contract amid a national firestorm over the deal. But the state-owned power monopoly continued awarding hefty contracts to U.S. companies at prices Puerto Rican union officials say far exceeded what local workers would charge.

Months later, PREPA agreed to pay the Florida-based construction firm MasTec $400 per streetlight it repaired, even though the union proposed to carry out the same work for $60 per light. Yet the total payout of $5 million was dwarfed by the $500 million contract PREPA gave MasTec in May 2018 to restore transmission lines. The deal drew criticism from Puerto Rico’s fiscal control board, the panel of officials Congress put in charge of the island’s public budget in an effort to ensure the territory’s Wall Street creditors were repaid. MasTec did not respond to a request for comment.

“We have presented to the governor, and to previous administrations, proposals that are, economically speaking, much cheaper than what these private companies offer, detailed, line by line,” Figueroa Jaramillo said. “Not hypothetical offers, but line by line how much it costs. And unfortunately, it has fallen on deaf ears.”

In February of this year, PREPA hired Christie personally through his firm as a consultant, at a compensation of $28,750 a month. The power authority touted Christie’s “incredible credentials” and talent for securing federal relief funding to aid in New Jersey’s recovery after 2012’s Superstorm Sandy. At the end of May, PREPA renewed the three-month contract through December, promising to pay a total of nearly $300,000 for all of 2020.

Christie 55 Solutions, the former governor’s consultancy, did not respond to repeated interview requests.

In a mid-June interview, PREPA Deputy Director Jaime López defended the contract, saying Christie is part of “a team effort” to secure federal dollars with officials at the utility. But he declined to provide a specific example of funding Christie helped secure that PREPA would not have otherwise obtained.

“We feel that Governor Christie is a great addition to the team and that he certainly adds value to adding credibility to those conversations at the D.C. level,” López said. 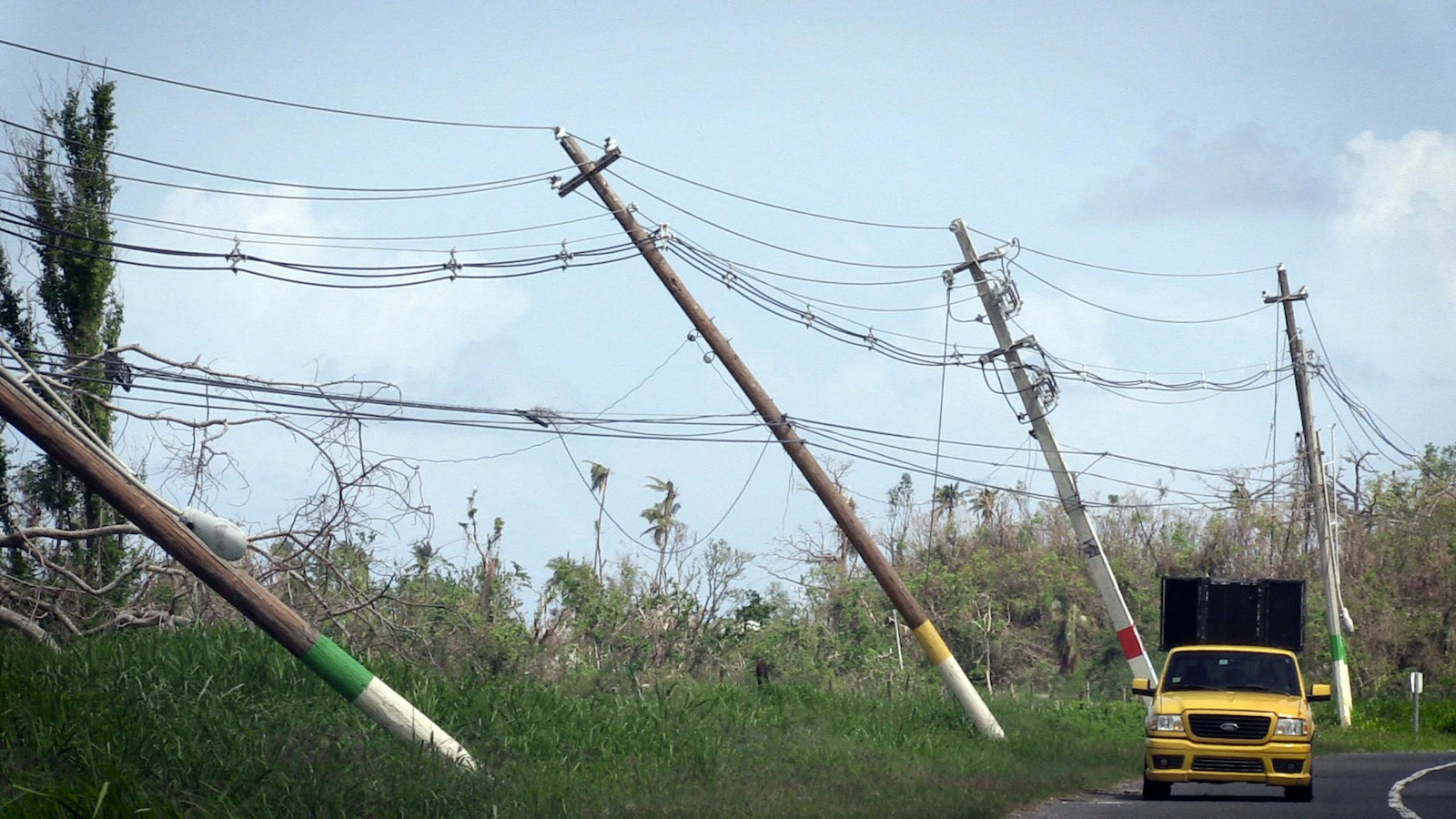 “Shifting money from the public to the private sector is a defining feature of neoliberalism in general, but in this case it’s significantly intensified as a result of the colonial relationship between the U.S. and Puerto Rico,” said Ed Morales, author of the 2019 book “Fantasy Island: Colonialism, Exploitation, and the Betrayal of Puerto Rico.”

Tom Sanzillo, the finance director at the Institute for Energy Economics and Financial Analysis, a nonprofit that researches energy issues, said the deal exemplified the lucrative business opportunity public contracts offer to former politicians looking to cash in on connections to the sitting administration. (Christie, whose relationship with Trump has at times been critical, was among the president’s first rivals in early 2016 to drop out and endorse the former reality TV host.)

“For me, the question is, ‘Why is it every time something bad happens to the Puerto Rican people, some big lucrative contract is given to a political friend?’” Sanzillo said.

… And the gas company

Sanzillo, a former acting comptroller for New York State, has spent the past month raising concerns about another eyebrow-raising PREPA contract given to a major Democratic donor.

It was the highest price tag of any post-hurricane PREPA deal. But the cost came with an ambitious timeline. New Fortress would have the units up and running by June 2019. The speed with which the company aimed to build the gas infrastructure seemed to support the utility’s claim that fracked gas, a climate-changing fuel that generally produces less toxic air pollution than diesel, would act as a “bridge” to low-emissions renewables and batteries.

Yet the project wasn’t completed until this May. López said in an interview that the plant was “burning diesel yesterday and part of this week because the natural gas provider was running additional tests.” New Fortress did not respond to requests for comment, but in a Securities and Exchange Commission disclosure cited “construction complexity, the earthquakes which occurred near Puerto Rico in January 2020, and third party delays” as reasons for the project’s delays.

The company now faces another hurdle: Explaining to federal regulators why it never sought their approval. The Federal Energy Regulatory Commission in June invoked a rarely used power to demand New Fortress “show cause why its construction and operation of the subject facilities are not subject to the prior authorization requirements.”

New Fortress wasn’t just late on finishing construction. The process that led to the deal was plagued by process irregularities that gave New Fortress “an unfair advantage,” according to the claims in a scathing report from IEEFA and the Puerto Rican watchdog group CAMBIO, based on internal documents released through a lawsuit. The report detailed allegations of how New Fortress submitted an unsolicited proposal and secured meetings with PREPA and its financial adviser, Filsinger Energy Partners, before the utility even drafted its requests for proposal on the project in April 2018.

According to the report, while the public request was being written, PREPA signed a confidentiality agreement with New Fortress that gave the company advanced information about the San Juan plant. New Fortress then leased strategically important property to the project. PREPA failed to disclose its talks with New Fortress to potential bidders on the power plant conversion. Then, the report alleged, PREPA hired an outside counsel to negotiate the contract that had represented other entities owned by New Fortress’ parent company, New York-based financial firm Fortress Investment Group. PREPA, meanwhile, failed to conduct full environmental and public health assessments of the project.

In April 2019, a month after PREPA signed the deal with New Fortress, Puerto Rico lawmakers passed a law mandating the island generate 100 percent of its electricity from renewables by 2050.

It’s easy to see how the legislation gained support. During the year before PREPA restored power to a significant portion of the island, solar panels and batteries rigged to the roofs of buildings and homes across Puerto Rico provided some of the only access to electricity, allowing people desperate to call relatives or refrigerate medicine to plug into power.

Solar and batteries haven’t been a perfect solution. Absent a plan and resources to maintain them, some units donated to community centers in Vieques, one of the islands off Puerto Rico’s eastern coast, fell into disrepair. But rather than direct funding toward community groups working on resilient clean-energy projects, PREPA spent more than $130 million on consulting and legal services that Sanzillo said “produced nothing.”

“I would suggest that the kinds of proposals that the community groups and many of the solar organizations are putting forward could not have done worse than what they’ve done with the money,” he said.

During an interview in February, Ramonita Dones noted that, once again, their power was out.

It’s impossible to know whether a few photovoltaic panels and a battery would have saved her brother, a man she describes as “happy,” “strong,” and funny — “the clown of the house.”

But it could, at least, help the family today.