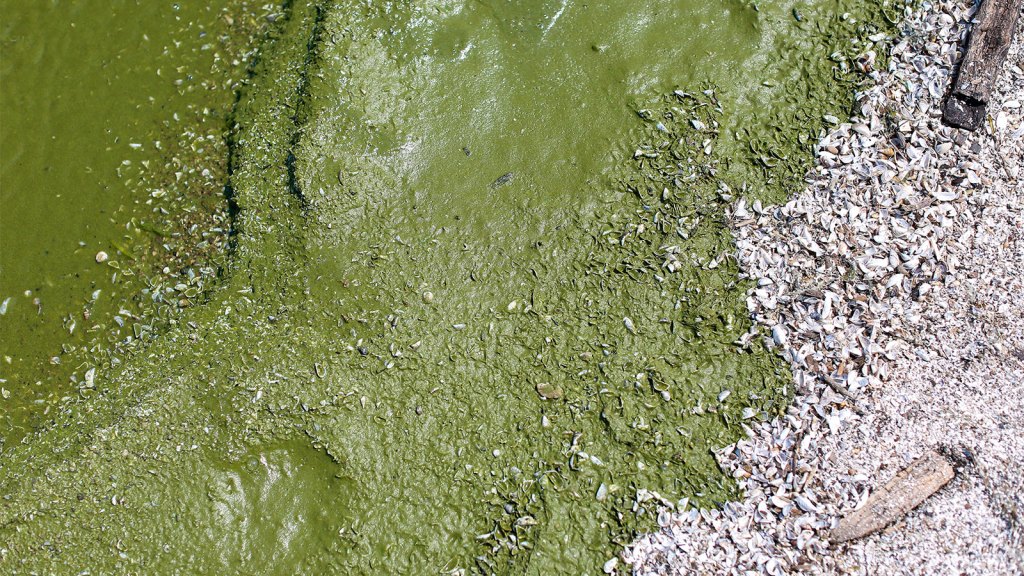 The Great Lakes are threatened by toxic, greenhouse-gas-emitting algae that thrive on phosphorus pollution. The muck suffocates fish and contaminates drinking water, posing a threat to the 1.3 million jobs that depend on proximity to Great Lakes shipping routes and beauty.

Since the 1970s, farmers and cities have been cutting phosphorus pollution — in the form of fertilizer washing off fields and sewage — but algal blooms keep killing fish and grossing out tourists. A new study, just published in the Proceedings of the National Academy of Science, helps explain why the blooms persist: Hordes of invasive quagga mussels have effectively reengineered the largest freshwater ecosystem on Earth.

In the 1980s, quagga and zebra mussels rode in the ballasts of ships from Russia’s Volga River, across the Atlantic Ocean and up the Saint Lawrence seaway to the Great Lakes. At first zebra mussels dominated the headlines, as they choked water-pipes and piled up on shorelines. But over the following decades quagga mussels found their foothold and outcompeted their zebra-striped cousins. The muddy bottoms of the Great Lakes are now thick with them: Dive down and you can often find 1,000 per square foot.

One of the authors of this study, Sergei Katsev, a freshwater scientist at the University of Minnesota, Duluth, wanted to know how these new residents were changing the lakes. Katsev had expected that they would alter the water chemistry but was unprepared by how complete the transformation had been. It turns out mussels are now the most significant force controlling the total phosphorus circulating in the lakes. “When we put the numbers together we said, ‘Whoa, that’s incredible.’ We knew they would have an effect, but they have a huge effect!”

A quagga mussel 600 feet under the surface can filter that entire water column above it in a few hours, Katsev said. In the process, they are constantly ingesting and pooping out phosphorus. This prevents the chemical from settling into the sediment for burial, which is what used to happen before the mussel takeover.

The bivalves also capture some phosphorus in their bodies and shells — at least for a while. When the mussels die, the phosphorus seeps back into the water. All this explains why phosphorus fluctuations in the Great Lakes can seem untethered from efforts to cut fertilizer runoff and clean up wastewater outlets. If the mussels are fruitful and multiply in Lake Michigan, they can suck up the entire annual load of phosphorus flowing down through the watershed, giving the impression that all is right in the world. And if they experience a pandemic of their own and die off, phosphorus levels will spike, no matter how stringent the efforts to clean up water, Katsev said.

But that doesn’t mean efforts to clean up phosphorus pollution are a waste of time. In places where the mussel population is stable, people will still have to cut the amount of fertilizer flowing down rivers if they want to stop phosphorus-triggered algal blooms, Katsev said. After this study, when people are wondering why phosphorus pollution isn’t being buried in lake bottoms, or why the pollution flowing into rivers appears disconnected from the pollution levels in the lakes, they’ll know what to blame: mussels.