Not even a pandemic can stop Trump from pushing fossil fuels 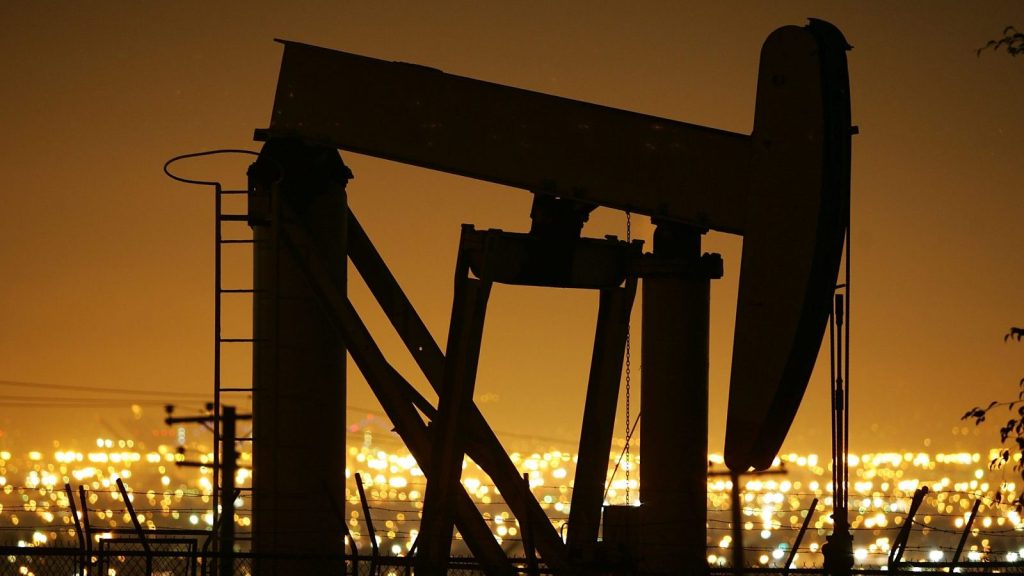 Not even a pandemic can stop Trump from pushing fossil fuels

During the partial government shutdown that started in December 2018 and became the longest in U.S. history, the fossil fuel-friendly Trump administration plowed ahead with its “energy dominance” agenda. As about 800,000 federal workers went without paychecks, the Interior Department worked to boost oil and gas development in the Alaskan Arctic, processed fossil fuel drilling applications and permits, and even brought back dozens of furloughed employees to ensure offshore drilling activities continued.

Now, amid a global coronavirus pandemic that has upended daily life and slashed oil prices, Trump and his team have once again prioritized fossil fuel production.

The administration is considering bailing out the oil and gas industry, which has been hit hard by an overseas price war between Saudi Arabia and Russia and a drop in global demand due to the coronavirus. That relief is expected to include the Department of Energy purchasing 77 million barrels of crude oil from U.S. producers, enough to fill the nation’s emergency reserve to capacity, at a cost of $2.5 billion.

President Trump says he has instructed the secretary of energy to buy "large quantities" of crude oil for strategic reserve during the coronavirus response https://t.co/FIAmzRAAku pic.twitter.com/fopP207MiW

The Interior Department is also moving forward with fossil fuel lease sales, as the Bureau of Ocean Energy Management offered up a sweeping 78 million acres in the Gulf of Mexico for bidders on Wednesday despite environmental groups’ calls to halt the sales during the pandemic. John Filostrat, a spokesperson for the bureau, said the event was “live-streamed with only a handful of BOEM workers,” with bids submitted either by mail or in person at the bureau’s New Orleans office.

Wednesday’s auction yielded about $93 million for just shy of 400,000 acres — the “lowest total for any U.S. offshore auction since 2016,” according to Reuters. Twenty-two companies participated in the sale.

That amounts to roughly half the previous lease sale, which took place last August, and marked the first time since region-wide sales began in 2017 that total bidding failed to surpass $100 million. It’s a sign that oil prices are too low for anyone but industry behemoths to make offers, said an analyst for energy consultancy Wood Mackenzie.

“With the recent drop in oil price, it came as no surprise that the bidding dollar amount was significantly lower,” said Mfon Usoro, a senior research analyst covering the Gulf of Mexico for Wood Mackenzie. “We think more lease sales are still in the cards, but higher oil prices will be required for bid amounts to climb back to historical norms.”

Indeed, the sale came the same day the price of oil plummeted to its lowest level in 18 years, with West Texas Intermediate, the primary U.S. benchmark for crude, falling to $22.90 per barrel on Wednesday, a 15 percent plunge and the cheapest price since 2002. Brent crude, the global gauge for oil prices, dropped 9 percent to $26.16 per barrel. At those prices, it’s nearly impossible for many U.S. fracking companies, responsible for the majority of the country’s oil production, according to the Energy Information Administration, to pay back steep debts, prompting the Trump administration to consider measures to bail out drillers.

But analysts told HuffPost last week to expect a wave of bankruptcies of smaller producers that could lead to consolidation within the industry as oil majors, the companies that almost exclusively had the capital to bid in Wednesday’s auction, buy up troubled rivals.

Plunging prices and mergers aren’t the only things that could cost big oil companies in the near term. Almost immediately after Wednesday’s auction took place, the legal challenges began. Earthjustice filed a lawsuit Wednesday on behalf of several environmental groups asking a federal judge to block the Gulf of Mexico lease sale on the grounds that it violated the law by failing to fully analyze the risks new drilling posed to the public. Brettny Hardy, an attorney for Earthjustice, called it the latest example of the administration “putting profits before the health and safety of people and the planet.”

Onshore, the Bureau of Land Management is scheduled to hold oil and gas auctions this month in Montana, Colorado, Wyoming, and Nevada.

“Most of BLM’s oil and gas lease sales are run entirely via an online platform (only Alaska does in-person sales, and those are not scheduled until November), so no postponement is planned at this time,” BLM spokesperson Greg Fuhs told E&E News on Tuesday.

Kate Kelly, public lands director at the left-leaning Center for American Progress, was among those who expressed outrage over the administration’s actions. “It’s both tone-deaf and fleecing taxpayers to be holding lease sales during a public health crisis,” she told HuffPost.

The Coalition to Protect America’s National Parks, an organization representing current and former parks employees, also called on the Department of the Interior to halt oil and gas auctions, as well as public comment periods and major policy proposals.

“There are huge implications and consequences surrounding proposed policy changes and lease sales,” Phil Francis, the coalition’s chair, said in a statement. “These actions should be given full and deliberate consideration, not rushed through at a time when we should be focused on the health and safety of the American people.”

The Interior Department did not immediately respond to HuffPost’s question about whether oil and gas operations have been identified as “mission critical” services. But in an email statement, an agency spokesperson said that “the health and safety of the public and our employees is our highest priority.”

“All DOI actions, including lease sales, are being evaluated on a case-by-case basis and adjustments are being made to ensure we are allowing for proper public input, while protecting the health and safety of the public and our employees,” the statement said.