People didn't used to be 'consumers.' What happened? 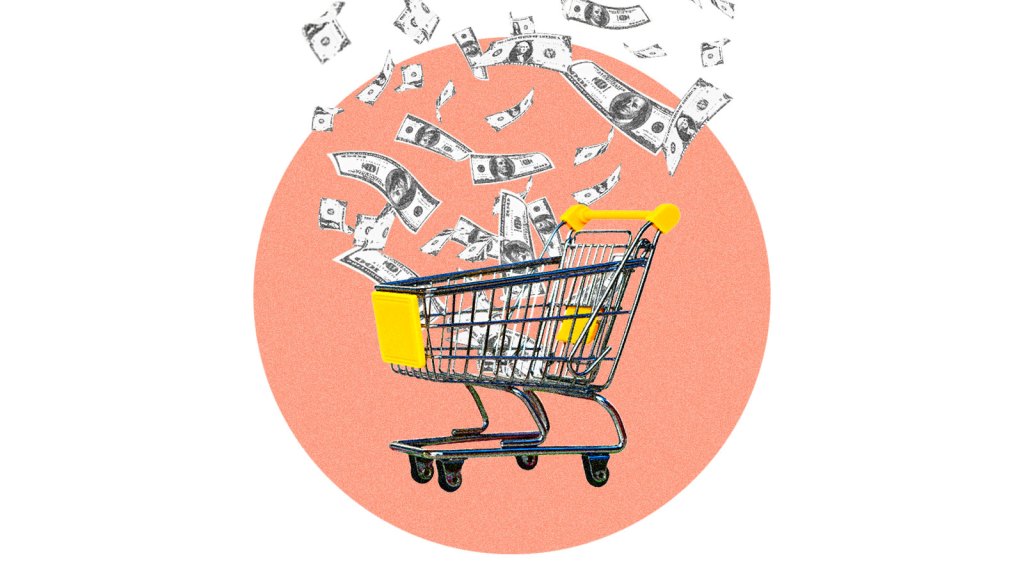 People didn’t used to be ‘consumers.’ What happened?

Thousands of years from now, an anthropologist might attempt to understand American culture by watching videos from Black Friday. In a typical scene, people known as “bargain hunters” gather outside Best Buy in freezing temperatures after their Thanksgiving meal to ensure they’ll be at the front of the line to snag a new TV the next morning. In the seconds after the doors open, a stampede sometimes pushes and shoves its way toward the season’s must-have gadgets and half-off laptops — occasionally resulting in injuries or even death.

This year’s holiday shopping weekend was a bit different, given the COVID-19 pandemic, but Americans remained undaunted in their ability to buy stuff. They spent a record-breaking $9 billion on Black Friday, a 21 percent increase over last year. Last week, Cyber Monday became the biggest online shopping day in U.S. history with $10.8 billion in purchases.

Reading the news, you might notice that Americans aren’t just “people” — they’re consumers, customers, and shoppers. These words seem to distill a person into a one-dimensional being whose central function is to purchase things. The English language is full of subtle reminders to shop til you drop, much of it born in the field of economics.

Underlying this vocabulary is a “fundamental story” that people are innately selfish, and that economic growth is good, no matter if it makes people better off or damages the environment, said Arran Stibbe, a professor of ecological linguistics at the University of Gloucestershire in the United Kingdom. The language of economics goads us into being more selfish than we would be otherwise, research shows. It encourages consumerism and everything it entails — the needless extraction of resources, carbon emissions from production and shipping, and a pile of waste that collects when people move onto new things. A study from 2015 found that household consumption is responsible for about 60 percent of global greenhouse gas emissions, and between 50 and 80 percent of all land, material, and water use.

Simply reading the word consumer prompts people to act more selfishly. One study presented participants with a hypothetical scenario where they had to share a well with four other people during a water shortage. The researchers found that people who were labeled as “consumers” rather than “individuals” were less trusting of others and less likely to work together with others to deal with the crisis. Similarly, another study found that participating in a “Consumer Reaction Study” triggered a materialistic mindset that left people more preoccupied with wealth and status than those who took a “Citizen Reaction Study.”

“Change one word and you can subtly but deeply change attitudes and behaviour,” writes Kate Raworth in Doughnut Economics, a 2017 book that sought to develop a more sustainable model for economics.

One experiment, for instance, asked corporate executives to solve riddles that contained words like “profit,” “costs,” and “growth.” After the exercise, the executives had less empathy for their colleagues and worried that expressing concern for others would be seen as unprofessional.

The vast sum of money spent on holiday shopping so far this year left some unimpressed — sales were supposed to be even higher. So media coverage was filled with negative words. A Washington Post headline said that last weekend’s sales were “disappoint[ing],” and a sign that the economic recovery from the pandemic was “stumbling.” The article noted that high unemployment and rising coronavirus cases had put a “damper on consumer spending during the all-important shopping period” after Thanksgiving, framing the situation as if the main problem wasn’t the deadly pandemic or unemployed people, but the fact that those things impeded shopping. The long-term environmental impact of Black Friday and Cyber Monday was entirely ignored.

That’s not to single out the Washington Post; this framing is a norm, a default setting that’s resistant to change. “This story is so entrenched and embedded in our culture,” Stibbe said. “The media don’t realize that they are constantly spreading this damaging story.”

The roots of consumer offer the first hints of trouble. It traces back to the Latin consumere, meaning to destroy, devour, waste, or squander. From there, it’s only a slight leap to today’s definition: “a person who uses up a commodity; a purchaser of goods or services,” according to the Oxford English Dictionary.

In 2013, the British writer Owen Hatherley wrote that English had become a “peculiarly capitalist” language. That same year, researchers at the University of California, Los Angeles, used Google Ngram — a tool that catalogues words and phrases in millions of books — to see how the language had changed over time. They found that the last two centuries had brought a remarkable increase in the use of words related to acquisition, like get, self, and choose. Meanwhile, people were using community-focused words like give less often.

This reflects a long history of regarding humans as homo economicus, rational beings in pursuit of their own selfish needs. Nineteenth-century thinkers like John Stuart Mill and William Stanley Jevons sought to simplify the complex behavior of people into what one critic called the “dollar-hunting animal.”

The term consumer grew in popularity over the 20th century, pushing aside the once-common citizen. Some of the word’s biggest critics have been, at least historically, the disparagers of capitalism: socialists. “It is clear why ‘consumer’ as a description is so popular,” wrote Raymond Williams, a Welsh socialist, in the 1961 book The Long Revolution. “[A] considerable and increasing part of our economic activity goes to ensuring that we consume what industry finds it convenient for us to produce. As this tendency strengthens, it becomes increasingly obvious that society is not controlling its economic life, but is in part being controlled by it.”

There are plenty of alternatives to consumer. The classic, of course, is the generic people. Citizen sounds promising, as it’s basically somebody who lives in a city and long carried a unifying sense of “we’re all in this together,” though the common legal use excludes non-citizens. Human has a sci-fi ring to it, seeming to imply that aliens might be out there somewhere.

Raworth writes that using words and phrases like neighbors, community members, and global citizens will be “incredibly precious for securing a safe and just economic future.” Stibbe, the ecolinguist, jokingly suggested using shopaholic.

To be sure, replacing the word consumer won’t change the underlying widespread assumption that economic growth is the top priority, Stibbe said. As a substitute for gross domestic product, some countries track “gross national happiness” — a measure of living standards, education, and mental and physical health. It was made famous by the South Asian kingdom of Bhutan, when King Jigme Singye Wangchuck first proposed the idea in 1972.

Stibbe suggests using language that directs people away from buying things, and toward spending time in nature and helping their communities — “all those things which would genuinely give some well-being, don’t cost anything, and don’t destroy the environment,” he said.

It’s not just ecolinguists who are searching for a new philosophy. The “degrowth” movement holds that governments should actively try to shrink their economies. “Post-growth” advocates, alternatively, would rather ignore growth altogether and focus on measures like happiness and well-being.

You can hear echoes of these ideas in speeches by Greta Thunberg, the 17-year-old Swedish climate activist. “We are in the beginning of a mass extinction, and all you can talk about is money and fairy tales of eternal economic growth,” Thunberg told world leaders at a United Nations summit last year. “How dare you!”

“Growth is always going to sound good,” Stibbe said. “What we can do is stop talking about growth altogether, and start talking about well-being instead.”