Wildfires scorched almost every continent in 2019, but the ongoing wildfires in Australia have caused unprecedented damage.

As fires have blanketed more than 12 million acres of land in Australia, killing at least 20 people and leveling more than 1,000 homes, tens of thousands of people have evacuated to safer ground while many are missing. On Thursday, the Australian state of New South Wales — which includes Sydney, the country’s largest city — declared its third state of emergency since November, and experts say the flames are getting worse. The New South Wales Rural Fire Service issued a fire spread prediction map that shows where the flames are projected to expand over the weekend as weather conditions deteriorate.

A record-breaking heatwave and ongoing drought caused by extreme temperature patterns in the Indian Ocean — all connected to climate change — created the conditions allowing these exceptionally intense wildfires to thrive. For those of us outside of Australia, photos of blood-orange skies, thick gray smoke, and people fleeing for their lives offer a small but devastating glimpse at the first major climate catastrophe of the 2020s. 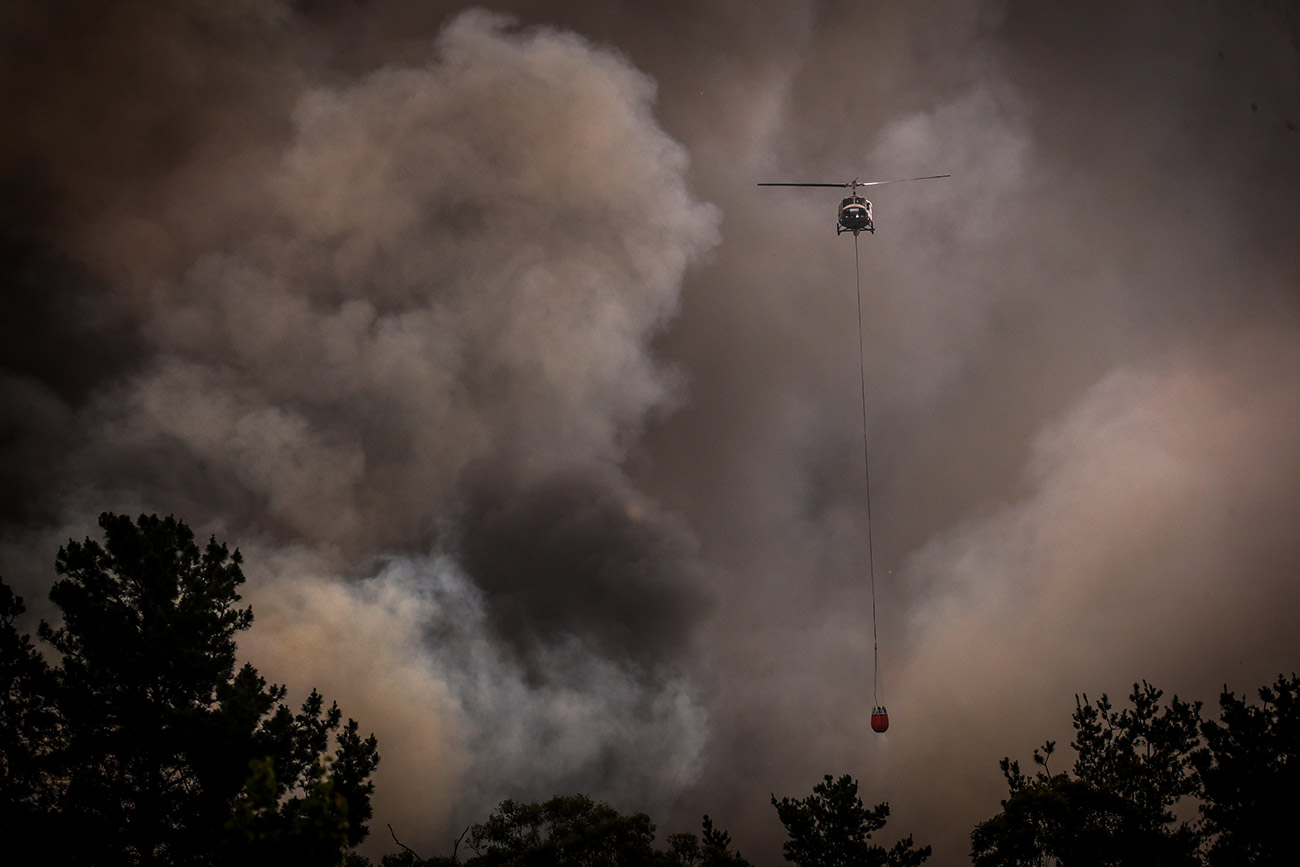 Helicopters dump water on bushfires as they approach homes located on the outskirts of the town of Bargo on December 21, 2019 in Sydney, Australia. David Gray / Getty Images 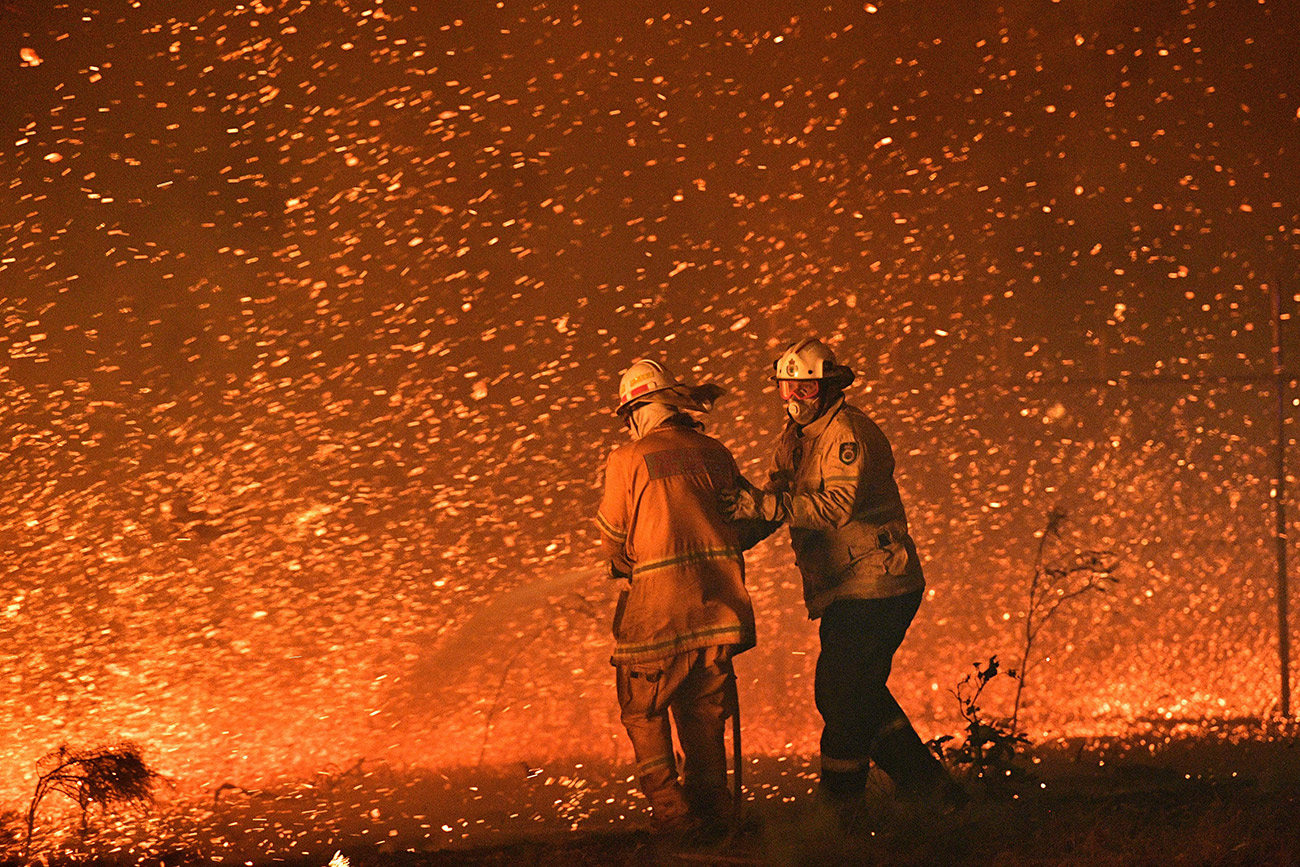 This picture taken on December 31, 2019 shows firefighters struggling against the strong wind in an effort to secure nearby houses from bushfires near the town of Nowra in the Australian state of New South Wales. Saeed Khan / AFP via Getty Images 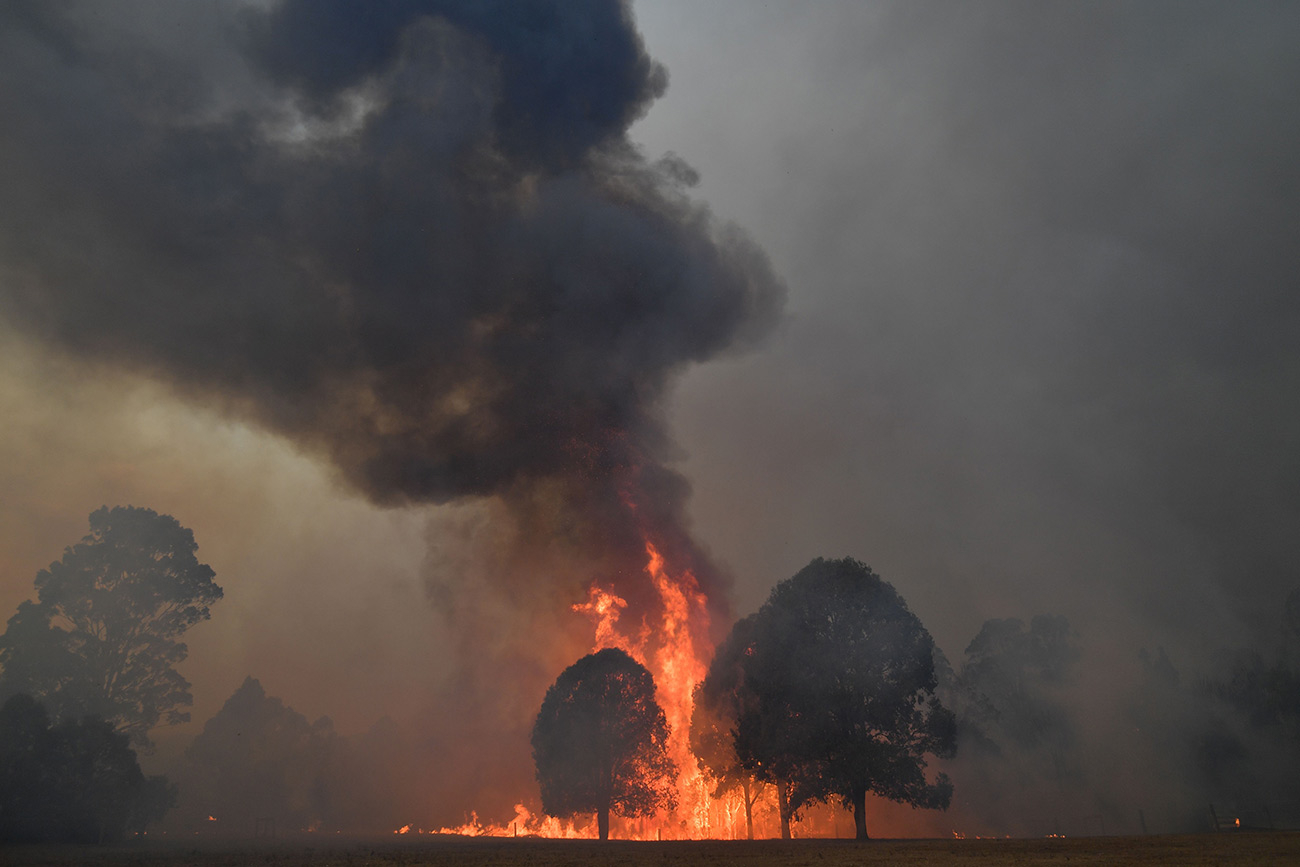 Smoke and flames rise from burning trees as bushfires hit the area around the town of Nowra in the Australian state of New South Wales on December 31, 2019. Saeed Khan / AFP via Getty Images 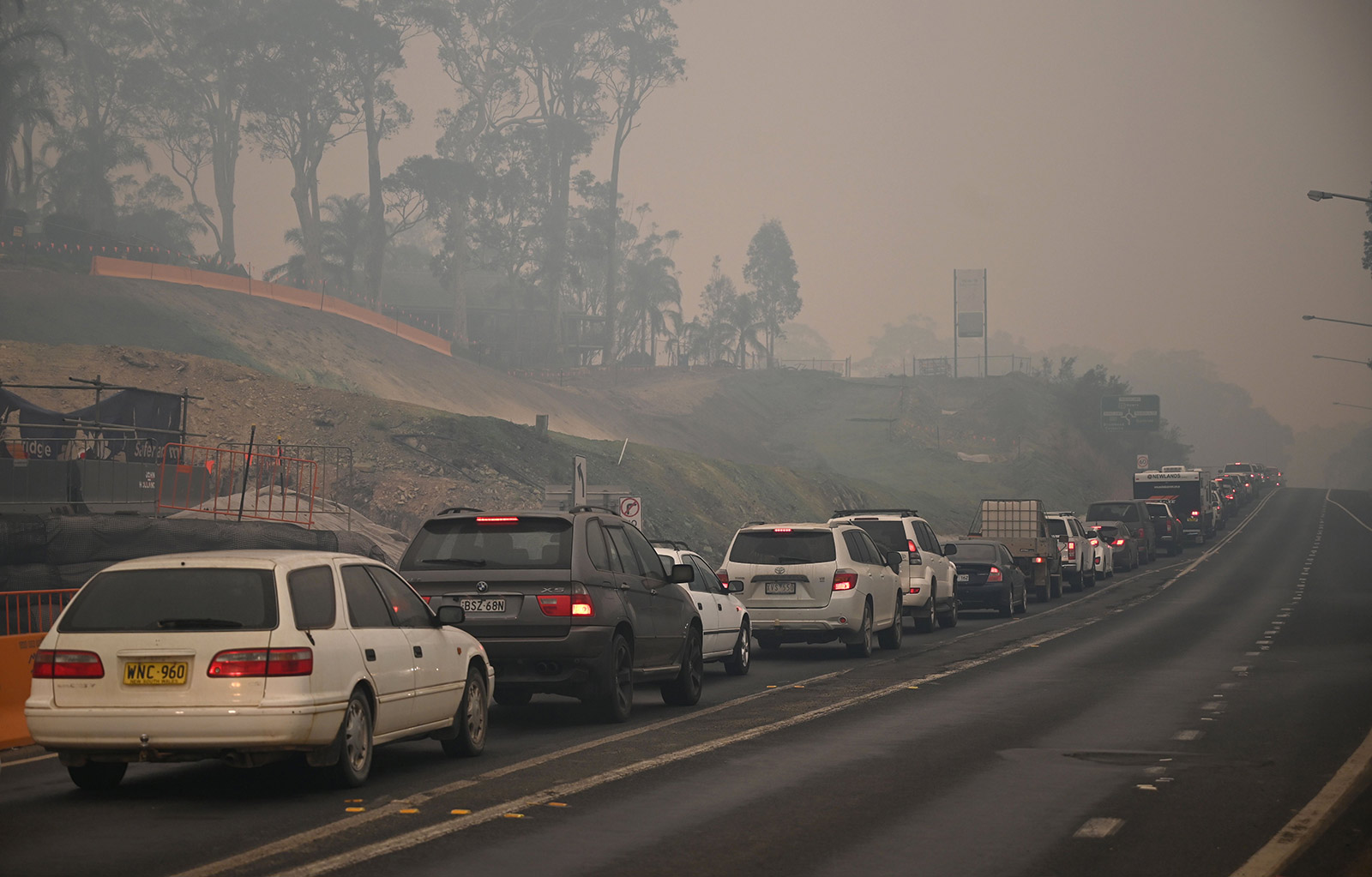 Cars line up to leave the town of Batemans Bay in New South Wales to head north on January 2, 2020. Peter Parks / AFP via Getty Images 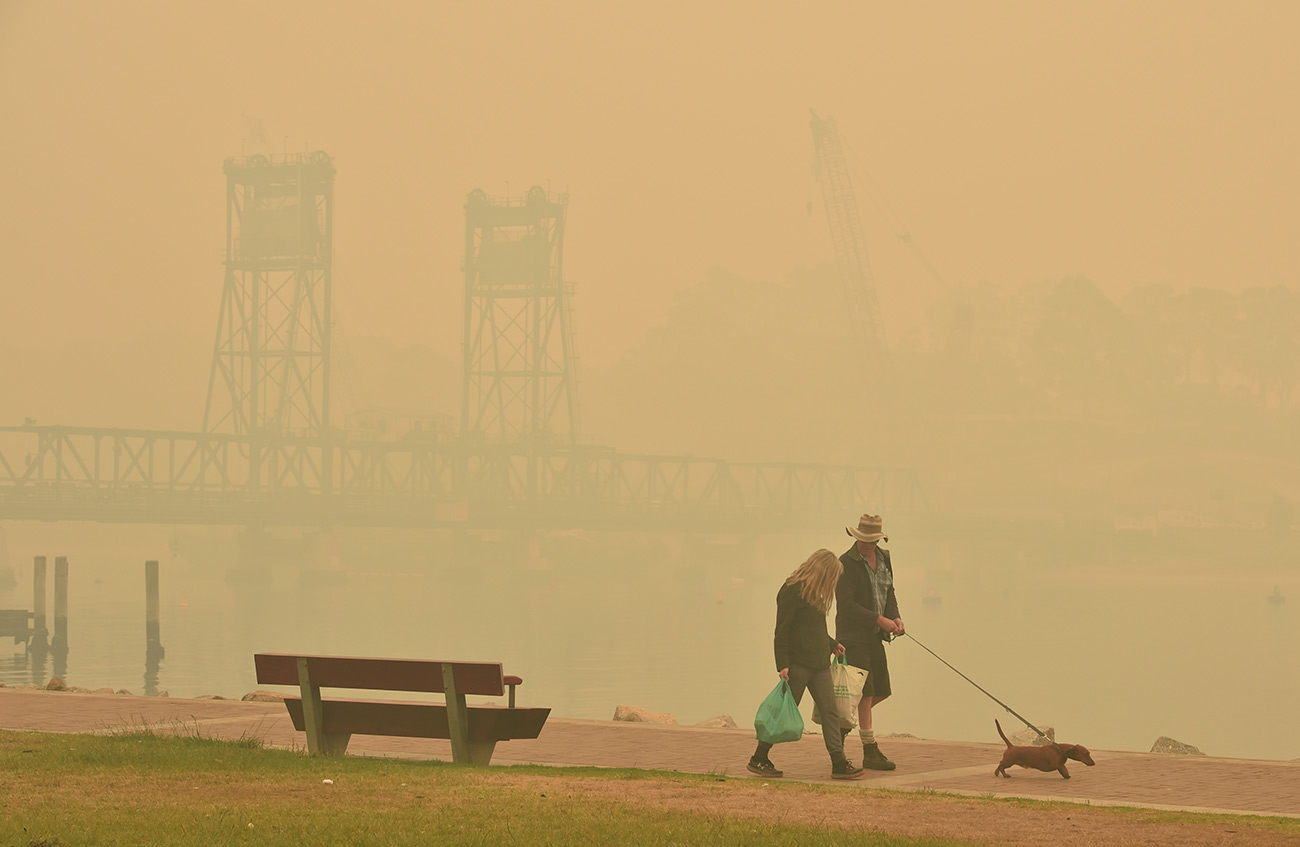 Tourists walk with a dog through dense smoke from bushfires in front of the Batemans Bay bridge as cars line up to leave the town in New South Wales to head north on January 2, 2020. Peter Parks / AFP via Getty Images

What if we let the oceans into our cities?

The conventional wisdom on how to talk about climate change? It’s wrong.