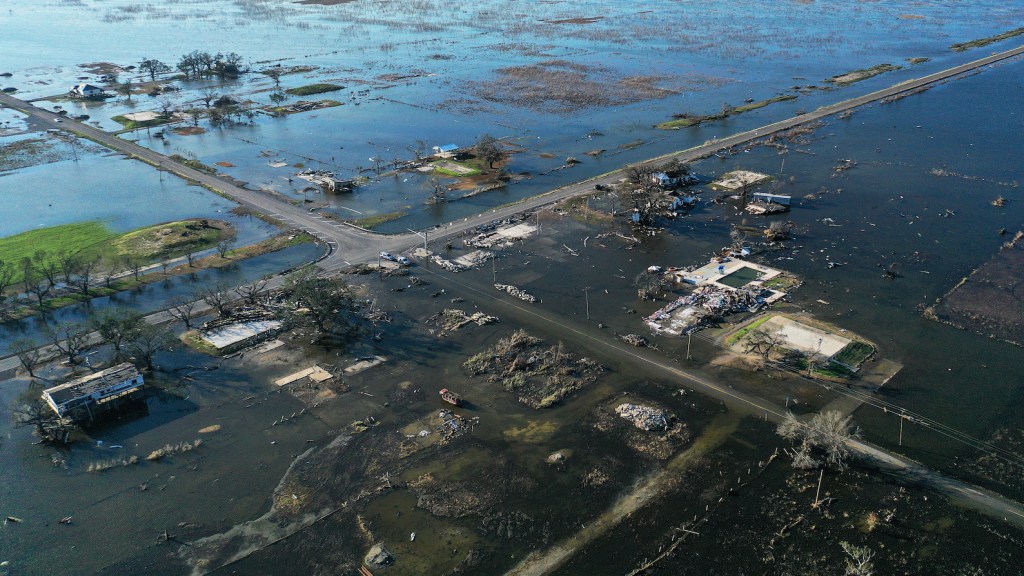 President Joe Biden’s first environment-related executive order, signed on Inauguration Day, contained an abundance of actions intended to bring science back into government decision-making. As expected, his instructions for federal agencies started with pulling a key permit for the Keystone XL pipeline and reversing a number of Trump-era regulations on methane emissions and efficiency standards. But he also did something much more far-reaching — directed his agencies to recalculate the social cost of carbon.

The social cost of carbon is an extremely important number, with a very boring name, that tells the government how much it really costs to put carbon into the atmosphere. On the flip side, it also tells regulators how much money can be saved by not putting carbon into the atmosphere. It’s the result of climate modelers and economists coming together and asking, if we emit another ton of carbon — or methane or nitrous oxide, two other planet-warming gases — how much will that cost us in earthly damages like reduced crop yields, extreme weather havoc, and death?

The Obama White House was the first to require government agencies to use this number as part of any cost-benefit analysis of new regulations. To be clear, this doesn’t mean the administration put a price on carbon — the social cost of carbon didn’t make fossil fuels any more expensive for you or me. Instead, it was a factor that helped justify climate-friendly federal rules like energy efficiency standards for appliances and vehicles and limits on methane emissions from the oil and gas sector. Trump subsequently weakened many of these rules.

One way the Trump administration was able to do that was by devising its own special way to calculate this number. Using the method in place at the end of the Obama era, today the cost would be about $50 for every ton of carbon emitted. Using Trump’s method, it’s only about $1. Under Trump, agencies may as well not have considered the social cost of carbon at all.

Calculating the social cost of carbon comes down to four steps: project future changes in population, economic growth, and emissions; use those projections to estimate the resulting changes in the climate; translate what those climatic changes mean here on earth; and then put a price on those future damages in terms of present-day dollars. But within each of those steps there’s room for debate. For example, while the Obama administration looked at potential damages worldwide, Trump’s number-crunchers only paid attention to potential damages in the U.S.

Kevin Rennert, the director of the Social Cost of Carbon Initiative at the D.C. think tank Resources for the Future said looking only at the U.S. totally ignores the fact that our economy is not an island. For example, events that damage America’s trade partners can damage America by extension. “Even if domestic were the appropriate way to be looking at this, a lot of the economics and the science is simply not there to represent that full set of effects on the U.S. because of the interrelatedness of our economies,” he said.

This is not to say that the Obama administration’s method was perfect. Peter Howard, an economist at New York University’s Institute for Policy Integrity, has identified significant damages that will result from climate change that the Obama administration failed to account for, like fishery damage from ocean acidification and public health impacts from wildfires. Toward the end of the Obama years, the National Academy of Sciences reviewed the social cost of carbon framework the government was using and offered a bunch of recommendations for how to improve it. But when Trump came into office, he disbanded the interagency working group that could have addressed those changes.

Biden’s executive order reconvenes that group and directs it to put out interim numbers that agencies should use for the social cost of carbon, methane, and nitrous oxide within 30 days. The group must also develop final numbers by the end of the year. The interagency group will have a chance not only to address the issues the National Academies raised, but also to incorporate the last four years’ worth of science into the numbers. Economists who study the social cost of carbon say that when all of the latest research is taken into account, the number is likely to go up. Researchers from the University of Chicago recently made an argument for the social cost of carbon to land at $125 per ton.

But Biden’s order also went a few steps further — it asked the group to reconsider when the social cost of carbon should be applied. The Federal Energy Regulatory Commission, which regulates interstate energy infrastructure, has never been required to use the number in its decision-making. Under Obama, Rennert says, there was a successful push to apply it in certain National Environmental Policy Act analyses, which are required for things like oil and gas leasing on federal land, but that guidance was rescinded under Trump. The order also asks the new working group to incorporate environmental justice and equity into its calculations.

Rennert said one way to do this is called “equity weighting,” which means accounting for the fact that the damages from a catastrophic storm that hits a very poor country are not the same as those from a storm that hits a wealthier country with climate adaptation measures in place. “If you take those equity considerations into account and weigh them accordingly, that will dramatically shift the numbers” higher, he said.