It’s Thursday, January 21, and the Keystone XL pipeline is at the end of the road. 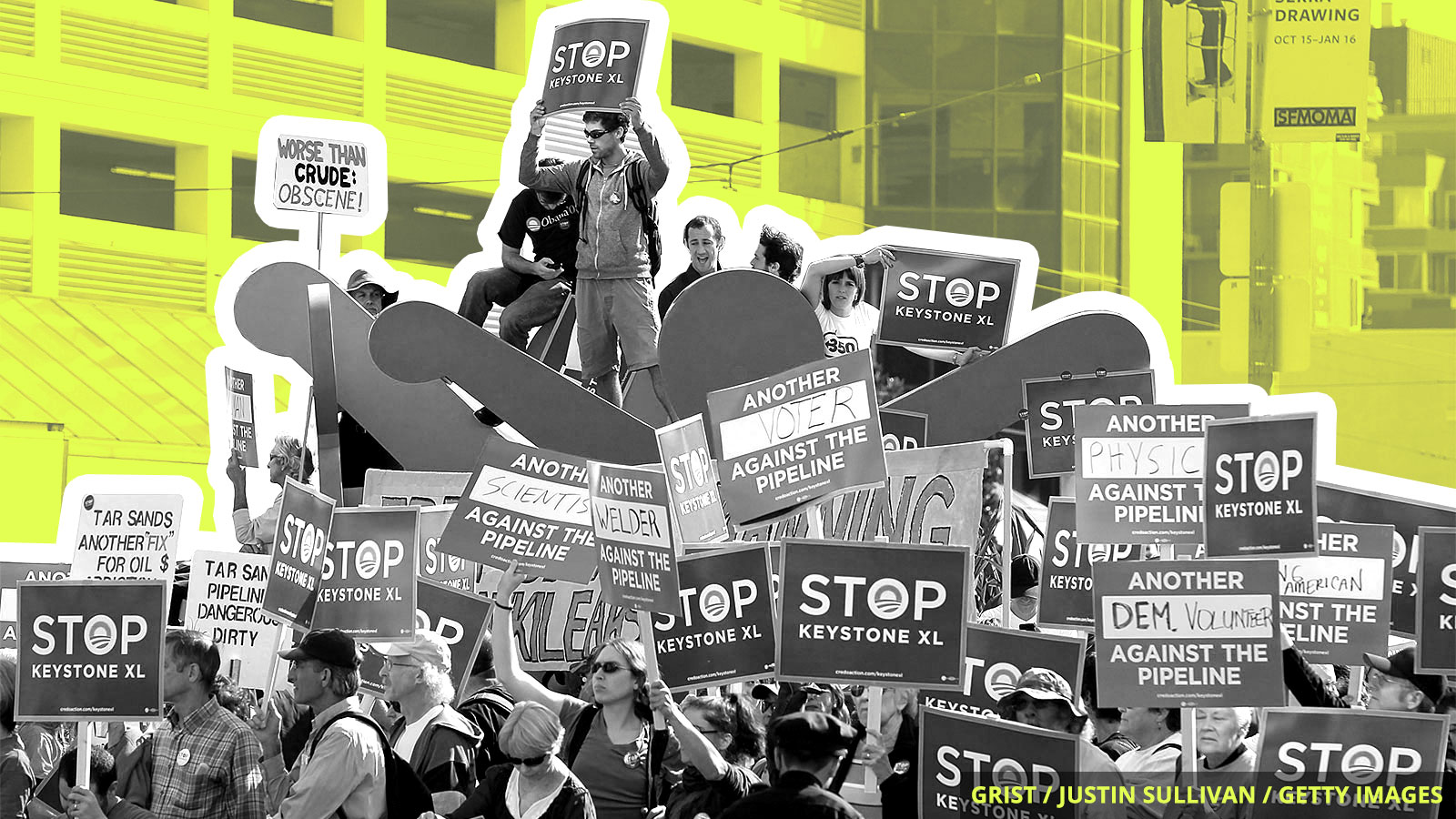 After 12 embattled years, Keystone XL might be done for good. President Joe Biden rescinded the permit for the pipeline via executive order on his first day in office, delivering a long-fought victory to anti-pipeline activists.

The current Keystone pipeline carries oil from the Alberta tar sands in Canada to refineries in Louisiana and Texas. The proposed expansion, which was rejected by President Obama and then resurrected by President Trump, would carry an estimated 830,000 barrels of crude oil a day.

Indigenous activists and environmentalists have been battling the pipeline for more than a decade, protesting the risks of oil spills, its contribution to climate change, infringements of treaty rights, and the link between pipeline construction and sex trafficking and violence against Indigenous women and girls.

Even if the project were to be completed, by the time Keystone XL started pumping oil it might already be obsolete, thanks to the declining price of oil. Tar sands extraction is only profitable when oil prices are between $65 and $100, but oil prices are forecasted to average $53 per barrel into 2021 and 2022. These unfavorable prospects, combined with Biden’s executive order, may be enough to finally send the pipeline to the scrapyard.

Four million abandoned oil and gas wells across the U.S. and Canada are leaking methane gas and contributing far more to climate change than government estimates suggest, according to a new study. Researchers from McGill University calculated that Canada has underestimated these abandoned well emissions by as much as 150 percent. U.S. government estimates are off by about 20 percent.

Some salmon species in the Pacific Northwest are “on the brink of extinction,” according to Washington state’s 2020 State of Salmon in Watersheds report, which was released last week. Five species of salmon and steelhead trout in the region are in crisis due to the compounding effects of habitat loss and climate change.

As Interior Secretary David Bernhardt prepared to vacate his post on Tuesday, the former oil industry lobbyist removed one last environmental protection on his way out the door: He rescinded a 2010 order that directed the Bureau of Land Management to protect America’s wilderness areas. Incoming interior secretary Deb Haaland can swiftly reverse Bernhardt’s order if she’s confirmed by the Senate.

Colorful Colorado has a plan