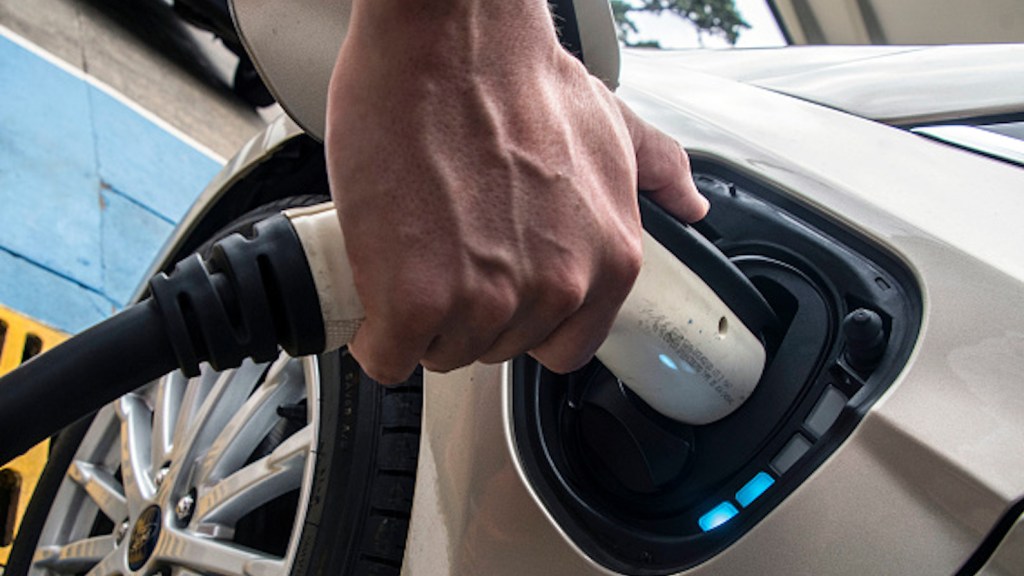 Batteries capable of fully charging in five minutes have been produced in a factory for the first time, marking a significant step towards electric cars becoming as fast to charge as filling up petrol or diesel vehicles.

Electric vehicles are a vital part of action to tackle the climate crisis but running out of charge during a journey is a worry for drivers. The new lithium-ion batteries were developed by the Israeli company StoreDot and manufactured by Eve Energy in China on standard production lines.

StoreDot has already demonstrated its “extreme fast-charging” battery in phones, drones, and scooters and the 1,000 batteries it has now produced are to showcase its technology to carmakers and other companies. Daimler, BP, Samsung, and TDK have all invested in StoreDot, which has raised $130m to date and was named a Bloomberg New Energy Finance Pioneer in 2020.

The batteries can be fully charged in five minutes but this would require much higher-powered chargers than used today. Using available charging infrastructure, StoreDot is aiming to deliver 100 miles of charge to a car battery in five minutes in 2025.

“The No. 1 barrier to the adoption of electric vehicles is no longer cost, it is range anxiety,” said Doron Myersdorf, CEO of StoreDot. “You’re either afraid that you’re going to get stuck on the highway or you’re going to need to sit in a charging station for two hours. But if the experience of the driver is exactly like fuelling [a petrol car], this whole anxiety goes away.”

“A five-minute charging lithium-ion battery was considered to be impossible,” he said. “But we are not releasing a lab prototype, we are releasing engineering samples from a mass production line. This demonstrates it is feasible and it’s commercially ready.”

Existing Li-ion batteries use graphite as one electrode, into which the lithium ions are pushed to store charge. But when these are rapidly charged, the ions get congested and can turn into metal and short circuit the battery.

The StoreDot battery replaces graphite with semiconductor nanoparticles into which ions can pass more quickly and easily. These nanoparticles are currently based on germanium, which is water soluble and easier to handle in manufacturing. But StoreDot’s plan is to use silicon, which is much cheaper, and it expects these prototypes later this year. Myersdorf said the cost would be the same as existing Li-ion batteries.

“The bottleneck to extra-fast charging is no longer the battery,” he said. Now the charging stations and grids that supply them need to be upgraded, he said, which is why they are working with BP. “BP has 18,200 forecourts and they understand that, 10 years from now, all these stations will be obsolete, if they don’t repurpose them for charging — batteries are the new oil.”

Dozens of companies around the world are developing fast-charging batteries, with Tesla, Enevate, and Sila Nanotechnologies all working on silicon electrodes. Others are looking at different compounds, such as Echion which uses niobium oxide nanoparticles.

“I think such fast-charging batteries will be available to the mass market in three years,” said Professor Chao-Yang Wang, at the Battery and Energy Storage Technology Center at Pennsylvania State University in the U.S. “They will not be more expensive; in fact, they allow automakers to downsize the onboard battery while still eliminating range anxiety, thereby dramatically cutting down the vehicle battery cost.”

Research by Wang’s group is being developed by the company EC Power, which he founded. It carefully increases the temperature of the battery to 60 degrees C (140 degrees F), which enables the lithium ions to move faster, but avoids the damage to the battery usually caused by heat. He said this allowed a full charge in 10 minutes.

Wang said new research published in Nature Energy on Monday showed this battery could be both affordable and eliminate range anxiety. “Finally we are achieving parity with gasoline vehicles in both cost and convenience. We have the technology for $25,000 electric cars that race like luxury sport cars, have 10-minute rechargeability and are safer than any currently on the market.”

Wang noted that fast charging must also be repeatable at least 500 times without degrading the battery to give it a reasonable life and that the EC power battery can do so 2,500 times. Myersdorf said the StoreDot battery could be recharged 1,000 cycles while retaining 80 percent of original capacity.

Anna Tomaszewska, at Imperial College London, U.K., who reviewed the fast-charging batteries in 2019, was more cautious about the speed of their rollout. “I think technologies [like StoreDot’s] could start entering the market in the next five years or so. However, since they will be more difficult and expensive to manufacture, we’re likely to initially only see them in niche markets that are highly performance-driven and not as price-sensitive as electric vehicles,” she said.