What oil executives say when they think no one’s listening 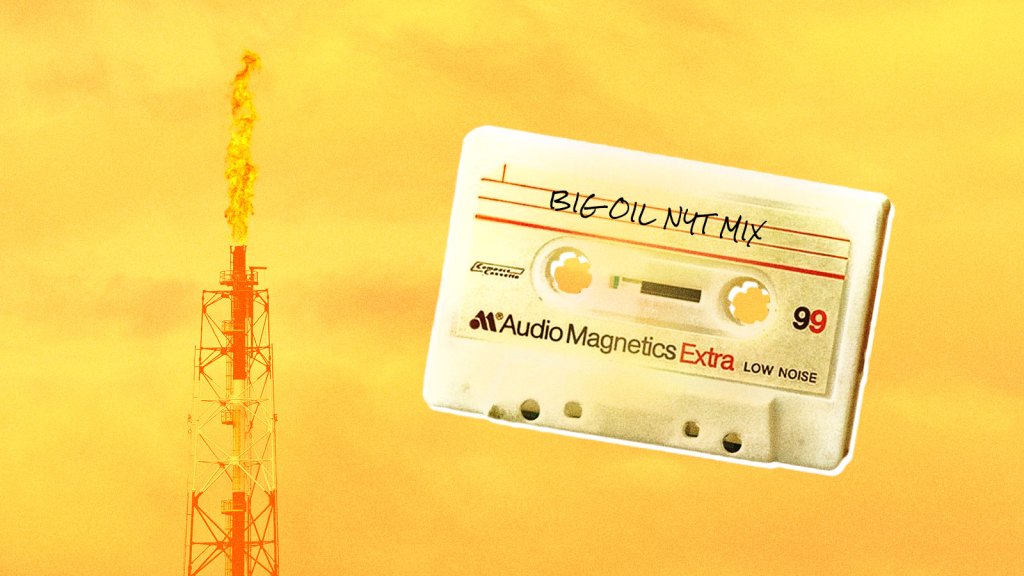 What oil executives say when they think no one’s listening

The oil and gas industry spent billions over decades on ad campaigns to misinform the public about climate change and maintain business as usual, as several investigations have revealed. But now that the public is increasingly aware of what’s at stake, instead of going in a new direction, some oil executives are doubling down on the same old strategies. A secret recording of a discussion between industry executives last June reveals men who were grasping at straws as the youth-led climate movement was taking over the conversation and pushing for its demise.

“What’s our message going forward?” Ron Ness, president of the North Dakota Petroleum Council, asked his peers in the recording obtained by the New York Times. “What’s going to stick with those young people and make them support oil and gas?”

The recording, taken from a meeting convened by the Independent Petroleum Association of America, shows executives worrying about their industry’s image with nearly all demographics. “Young voters, female voters, Hispanic voters, really every sector except for older conservative male voters, their No. 1 issue when it comes to our industry is always going to be environmental stewardship, and concerns about what we’re doing with the environment,” said Ryan Flynn of the New Mexico Oil and Gas Association.

Times reporter Hiroko Tabuchi wrote that “an organization dedicated to tracking climate policy” leaked the recording, and that it had been made by “an industry official who attended the meeting,” but did not reveal either source.

During the meeting, executives representing smaller, independent producers worried about the optics of methane flaring, the practice of burning off any natural gas that comes up to the surface of an oil well. It’s more cost effective for companies to light the gas on fire than it is to capture it and sell it. But at the same time, the industry has been trying to portray natural gas as better for the environment and a solution to climate change, since power plants that run on gas emit about half as much CO2 as those that run on coal. The practice of flaring presents a “huge threat” to this narrative, Ness said.

Flaring isn’t the only issue — methane is a powerful greenhouse gas that warms the planet about 86 times as much as CO2 in the 20 years after it’s released. It is known to leak into the atmosphere at each stage of oil and gas production, transmission, and storage. Participants at the meeting last summer wanted to have their cake and eat it too — they wanted to fight methane regulations, keep flaring, and convince the public there was nothing to worry about.

In the recording, Dan Haley, president of the Colorado Oil and Gas Association, describes a targeted advertising strategy to combat anti-fracking messaging. “In Colorado, we’ve been kind of playing a game of whack-a-mole,” he said. Haley recounted how when fracking first became a dirty word, the industry “blitzed the TV airwaves.” He said that today the public is concerned about health and safety, “and so we’re ramping up our health and safety messaging.”

He went on to say that climate change was “the prism through which everything is being viewed.” Haley urged his colleagues to not shy away from talking about the issue. “We have to be comfortable talking about it, talking about how we are part of the solution through natural gas,” he said. “And again, hitting people with emotions hitting them where their heart is.”

Recently, the industry got one of the things on its wishlist: The Environmental Protection Agency officially gutted Obama-era rules that would have required them to install new technology to detect and fix methane leaks. But the news came during a crisis the men in that meeting last summer could not have predicted — a pandemic that would send oil demand and prices plummeting and bankrupt many small American oil and gas producers. On Monday morning, BP released its annual outlook, which found that oil consumption may never return to pre-coronavirus levels.

If anything, the executives’ comments show that the climate movement is working. “They don’t show explosions. They don’t show rigs. They show women and children,” said Haley, describing the strategy of activists in Colorado who want to ban fracking. “We have got to begin playing at that same emotional level or we will not win these battles.”