Why climate skeptics are less likely to wear coronavirus masks 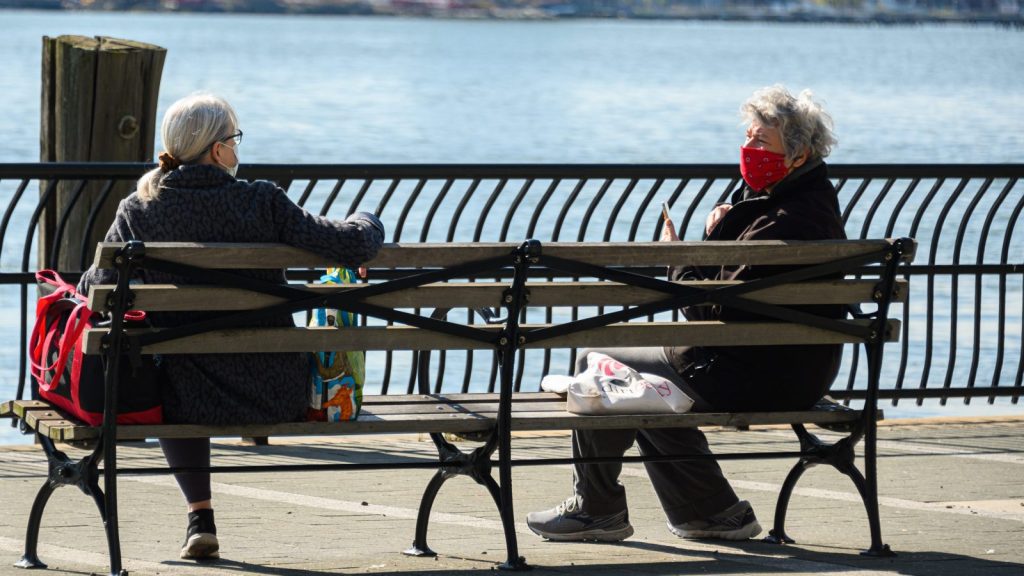 Why climate skeptics are less likely to wear coronavirus masks

There are many ways in which the coronavirus pandemic intersects with climate change — so many that Grist launched a whole newsletter about them. This week, the pollsters at Morning Consult unveiled another link between the two issues: Concern about climate change correlates with the way people are responding to the virus.

The poll, conducted online between April 14 and 16 on a national sample of 2,200 adults, found that people who said that they are not concerned about rising temperatures are less likely than the general public to take steps to prevent the spread of COVID-19. (The poll was weighted for age, educational attainment, gender, race, and region and has a margin of error of 2 percentage points.)

The disparity between climate hawks and climate skeptics was also evident in responses to other survey questions about disinfecting and social distancing, albeit on a smaller scale. The researchers said that the relatively small gap between climate concerned and unconcerned adults on the question of social distancing — a modest 8 percent — could be due to the fact that local, state, and federal officials started getting out the message about distancing earlier and were clearer about it than they were about disinfecting surfaces and wearing masks. (The CDC only advised Americans to start wearing masks in public in early April.)

Morning Consult cites experts who say there could be two reasons why people who aren’t concerned about climate are less likely to take steps to mitigate the coronavirus pandemic. A general skepticism of science and scientists is one of them. Previous polling has shown a partisan disparity in the way people regard scientists, primarily environmental scientists. In a 2019 poll, 43 percent of Democrats had “a great deal” of confidence in scientists, compared to 27 percent of Republicans. Much of conservatives’ mistrust of science is the result of a long, deliberate disinformation campaign from fossil fuel companies. Now, many of the same conservative pundits and leaders (including the president) who have sown doubt about climate change are also spreading misinformation about the coronavirus.

Concerns about personal autonomy can also help explain the divide in the poll, Emma Frances Bloomfield, an assistant professor in communication studies at the University of Nevada, Las Vegas, told Morning Consult. “Everything that science asks us to do is really sacrificing personal convenience for community convenience and well-being,” Bloomfield said. “And for a lot of people, the coronavirus is invisible, just like climate change is invisible.”

The pandemic has asked a lot of Americans. The climate crisis will surely ask more of us. The question, as we get deeper into the pandemic and more Americans are affected or know someone who has been touched by COVID-19, is whether authority-averse and science-skeptical adults will start drawing connections between their personal choices and scientist’s warnings, or if the pandemic will force everyone deeper into their ideological foxholes.