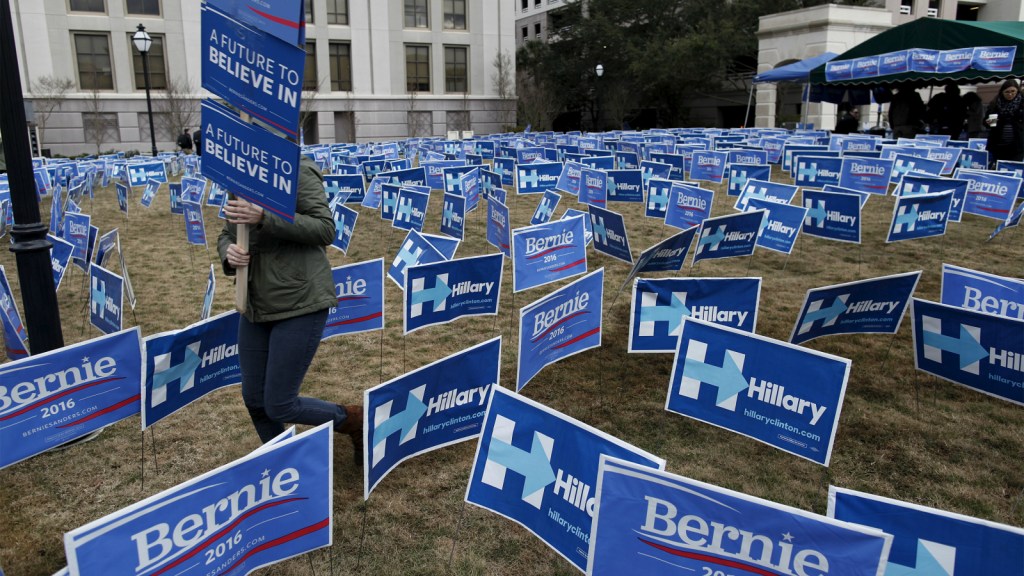 PHILADELPHIA — Sanders and Clinton supporters are clashing at the Democratic convention, but there’s one issue that brought them together this week: climate change.

Around 80 climate activists gathered in a ballroom at the convention center Tuesday to begin the process of creating an official caucus for energy, the environment, and climate change within the Democratic Party. They hope that the party will recognize them at its winter meeting and create an official caucus similar to the ones that advise and advocate internally on issues such as labor, disability, and LGBT rights.

Most of the attendees were convention delegates, some of whom are active environmentalists in their communities. The group also included green activists in town for events around the convention, as the meeting was open to the public. The delegates were primarily, but not exclusively, from the Bernie Sanders side.

Bruce Jones, a Sanders delegate from California, is one of the two original founders of the would-be caucus. He argued that it would help bridge the divide between the party establishment and Sanders supporters, who tend to be ardent climate hawks. “Many of the delegates became delegates by following their candidate on climate change,” Jones told Grist. “When they received a [convention] schedule, they found there was no climate caucus. There needs to be a group to involve these voters.”

The caucus, if ultimately created by the party, could serve as a focal point for some of its internal tensions around climate change. There was palpable frustration with the Democratic Party in the room. It was not directed at Clinton, yet, but there was skepticism about how much any politician can be trusted to live up to her or his election-season pledges to environmentalists.

“Building a caucus within the Democratic Party means we also need to build accountability,” said Cecil D. Corbin-Mark, deputy director of policy at WE ACT for Environmental Justice, an advocacy organization, in remarks to the caucus. “When is the last time you saw a Democratic Party platform seen through to fruition?”

Jane Kleeb, a leader of the successful campaign against the Keystone XL pipeline and the recently elected chair of the state Democratic Party in Nebraska, urged the Sanders supporters in the room to remain active in the party. “The caucus has got to send the message that we’re serious, that we’re not going away,” said Kleeb. “We have to weave [climate activism] into the party at its core. The only way I won the Nebraska Democratic chair was because Bernie people stayed involved in the process.”

Rebecca Sobel, a climate activist from the Santa Fe-based group WildEarth Guardians, which focuses on wildlife and land conservation in the West, called for more grassroots pressure on President Obama over fossil fuel leasing on public land. “The Obama administration has leased more than 10 million acres of public land for fossil fuels,” Sobel noted. “The president could stop that with the stroke of a pen.”

Clinton has not embraced a ban on federal fossil fuel leasing, calling instead for a phaseout with no specified timeline. If fossil fuel leasing continues under a Clinton administration, the activists gathered in that room will be sure to push back, from inside and outside the party.