Coal baron is trying to elect Trump with old tricks 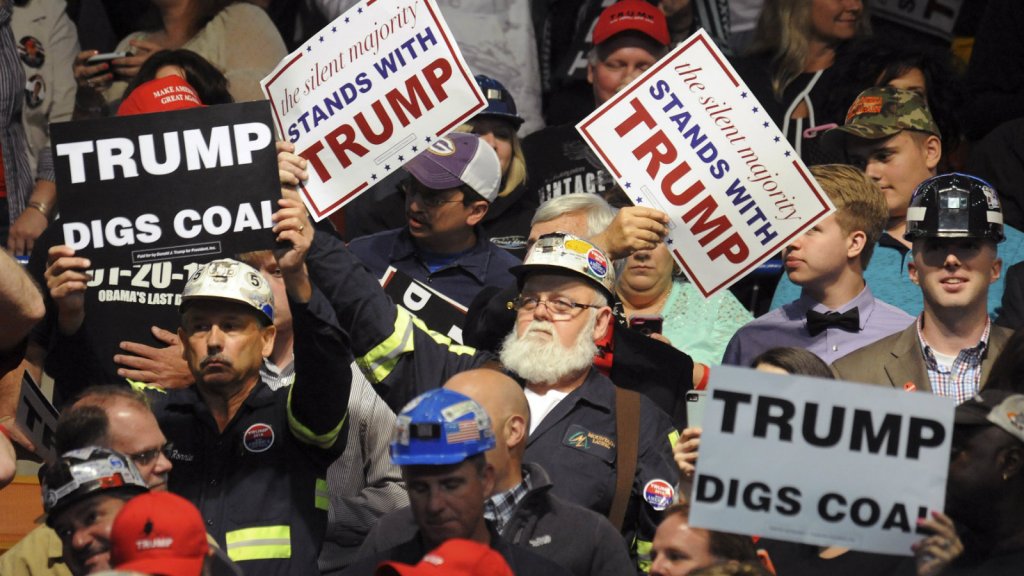 Coal baron is trying to elect Trump with old tricks

The owner of the nation’s largest private coal company backs the GOP presidential nominee, pressures his employees to fundraise for him, and promises layoffs if he doesn’t get his way. If all this sounds familiar, it’s because CEO Robert Murray is reusing an old playbook to elect Donald Trump.

Last week, Murray announced potential plans to lay off as much as 80 percent of his workforce, or 4,400 employees, blaming the “ongoing destruction” of the coal industry on “President Barack Obama, and his supporters, and the increased utilization of natural gas to generate electricity.” Right now, it’s unclear just how serious the company is, since Murray Energy noted in a second statement that “no layoffs are contemplated or expected at this time.”

Meanwhile, Murray has actively campaigned for Donald Trump, calling him the industry’s only hope, and hosting a fundraiser in his name.

There are echoes of the 2012 election in his recent actions: Murray similarly predicted layoffs if Obama won reelection, followed through on the threat immediately after he won, and went so far to pressure his employees to contribute to Mitt Romney.

Coal’s poor fortunes have more to do with the market than politics, and there’s little Donald Trump — or any president — could do to bring it back. The rise of cheap natural gas and declining demand for coal from China have been the largest factors in coal’s bankruptcies.

A Trump presidency will hardly be a miracle for the coal industry, either. Murray’s admitted that much a few months ago, saying, “I don’t think it will be a thriving industry ever again.”